Marcy Pursell: Last year, all Volunteers were evacuated. I’ve been there, twice.

Photo: “Saying goodbye again is not the easiest thing in the world,” writes Marcy Pursell. “The man on the left, Hassan, was born on the night of my arrival. The man on the right, Bashiro, is my amazing neighbor, Hassan's father and my host father.” Photo by Marcy Pursell

After graduating college in 2011, I went to Bambougou, Mali, for a two-year Peace Corps service as an education and literacy specialist. Around 11 months in, there was a coup, and we were evacuated. I was heartbroken.

When I returned to the U.S., I worked with AmeriCorps for a year, with Habitat for Humanity of Omaha. I was still serving, but this time in the States. After I earned my master’s degree, the Peace Corps was reopening in Mali with Peace Corps Response.

With Response, you hit the ground running; things move at a faster pace. The first time I went, I looked for others to guide me. The second time, I was that person for others — a little older, a little wiser. I arrived in Zanzoni, Mali, in February. 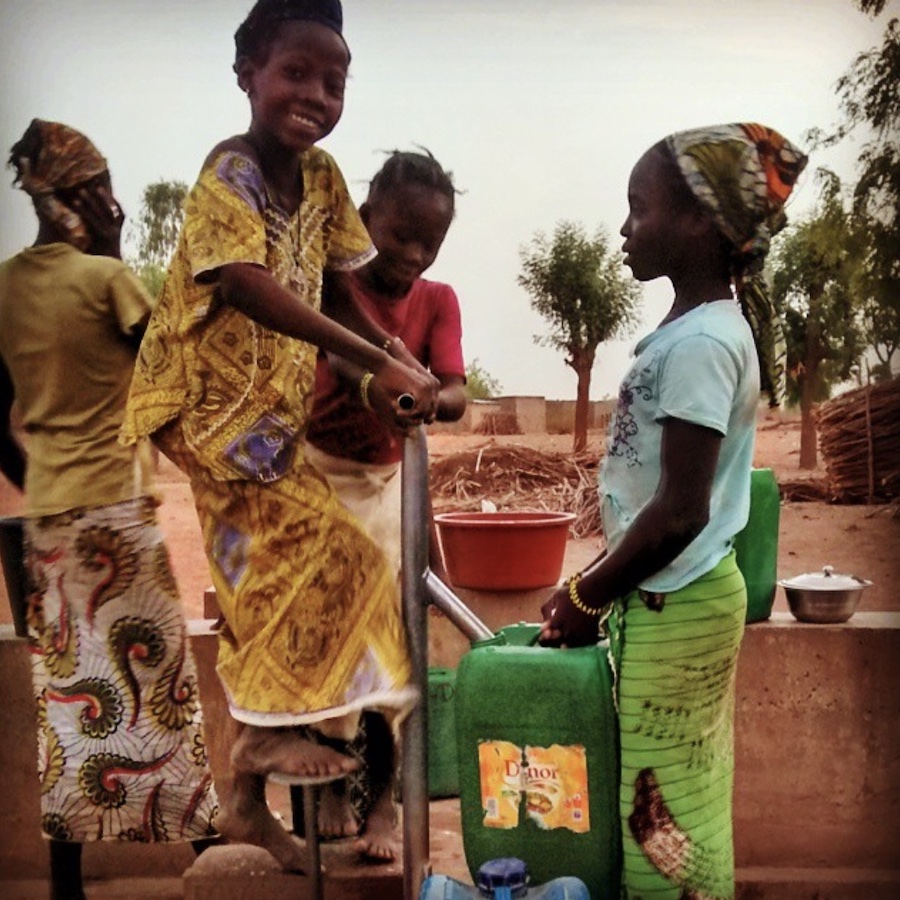 Girls pumping water in Mali, where Marcy Pursell returned to serve as a Response Volunteer. Photo by Marcy Pursell

My counterpart and host mother, Awa Coulibaly, was older and had grandchildren; she made me one of her daughters. She walked me home every day to make sure I got there safe and sound. Her family became my family, and I truly felt part of the community. In November, I learned we were being evacuated — again. I was devastated. Telling Awa was even harder. In my experience, Malians don’t really cry and don’t like it when you cry, but I was a mess. The morning I left, Awa came to say goodbye. She was quiet, trying not to show her emotions.

I still wasn’t done with the Peace Corps. They were sending Response Volunteers back to Sierra Leone, after Ebola. So I went, to finally complete my service. Working at the Peace Corps, which I did for four years, was my dream job. The mission is so simple — build world peace and friendship—but so good. Now I work for USAID on Power Africa, an initiative to get energy and electricity to communities. When families don’t have a solar panel or a lightbulb, kids can’t do homework. These things we take for granted here mean so much to people in other places. Getting electricity to a community means one person — focused on learning English because they want to be something when they grow up — can achieve their dream.

Last year, thousands of Volunteers were evacuated because of the pandemic. When that happened, my heart broke. I’ve been there — twice.

Last year, thousands of Volunteers were evacuated because of the pandemic. When that happened, my heart broke. I’ve been there — twice. People plan and put their lives on hold. One day, when things settle down, we’ll be able to go back and continue that relationship of world peace and friendship. There’s always going to be so much room and need for that to grow.