Skip to Main Content
You've indicated that you are not attending this event.
You've successfully registered for this event.
Event Details

Watch a recording of the global ideas summit Peace Corps Connect to the Future here.

On July 18 we hosted our global ideas summit: Peace Corps Connect to the Future. Thank you to all the members of the Peace Corps community who made possible the summit and town halls over the previous two weeks.

If you missed the summit or want to share ideas and inspiration from it, here’s the video of the entire summit.

And while we’ve reached the summit, it’s not all downhill from here. We’ll be sharing more from the summit in the days ahead. The agenda for the summit is included below. And here is just one of the insights from the summit, from Wofford Global Citizen Award Winner Kul Chandra Gautam of Nepal:

“Let us remember that solidarity, unlike charity, is a two-way street. The Peace Corps experience is just as important for the education and enlightenment of the Peace Corps Volunteers as it is for them to help their host communities. More than any other group of Americans, I believe that Returned Peace Corps Volunteers can instill a sense of a more enlightened America as part of, not apart from, a more just, peaceful, and prosperous world. So, I hope and count on the Peace Corps to survive and thrive, and help build an enlightened post-COVID America and world.”

If we succeed in that work, it will be because we do it together. We hope you'll be part of the next critical steps as we seek to transform Peace Corps for a changed world. It’s time to put ideas into action.

Welcome — Tributes, and a Moment of Silence

Glenn Blumhorst, President & CEO, NPCA
A welcome to our first virtual summit. Read his remarks and watch a video of his welcoming address here.

The 20th Director of the Peace Corps, Olsen discussed the many challenges we’re facing as a community. Watch a video of her address and read her remarks here. Olsen served as a Volunteer in Tunisia (1966–68) and has served as Country Director of Togo, held leadership positions within the agency, and as visiting professor at University of Maryland-Baltimore School of Social Work and Director of the University’s Center for Global Education Initiatives. She wrote this essay forthcoming in WorldView magazine chronicling the events that led to global evacuation of Volunteers.

Three recipients of the Harris Wofford Global Citizen Award reflect on the work Peace Corps has done — and still has before it.

Summarizing ideas generated by the Peace Corps community through a series of town halls, hosted July 8–16.

RPCVs discuss their experiences — and how we can transform this moment in Peace Corps history. Read the discussion, see video highlights — or watch the full conversation here.

A Special Invitation for 2021

Where Do We Go from Here?

Maricarmen Smith-Martinez, NPCA Board Chair
A Volunteer in Costa Rica 2006–08, Smith-Martinez is Director of the International Development Sector for Bixal and has more than 15 years of experience managing nonprofit and government projects. Read her remarks and watch a video here.

Watch a recording of the global ideas summit Peace Corps Connect to the Future here.

Volunteers worldwide were evacuated because of a global pandemic still taking its toll. That created an unprecedented and enormous challenge on its own. Protests against racial injustice have raised big questions about what we stand for as a country and a community. We say Peace Corps represents what’s best about America. So in a time of crisis, we have a responsibility to lead.

We also want to help reignite the work of Peace Corps around the world. So how do we do that, and make sure that Peace Corps — and our community — is the best that it can be? We’ve heard from members of the Peace Corps community during in-depth discussions at our town halls. At our summit, we heard from Peace Corps Director Jody Olsen, evacuated Volunteers and those who have been serving communities in the U.S. for decades. And we heard striking insights from winners of the Wofford Global Citizen Award from Nepal, Kenya, and Guatemala.

Now we’re tackling some tough questions and staking out next steps for our community. It’s time to put ideas into action.

This forum discussed a variety of key policies that guide the Peace Corps experience, including health, safety and security, diversity, benefits and post-service support.

THURSDAY, JULY 9
Funding the Future of the Peace Corps

SATURDAY, JULY 11
Recruiting the Next Generation of Volunteers / Peace Corps as National Service

Priority one is building a diverse pipeline of strong and committed applicants. So what is the central message the Peace Corps needs to convey to attract volunteers? Where and how does outreach need to happen? What will volunteers of the future look like (skills, experience, diversity, motivation)? What is the role of the RPCV community in recruitment?

SATURDAY, JULY 11
Communications In and About Our Peace Corps Community

Where Peace Corps and NPCA are doing well — and where we and the agency alike can do better. From communications to Volunteers in the field to RPCVs to telling the Peace Corps story. Perspectives, platforms, questions.

What’s most helpful — and least helpful — in terms of the support Peace Corps and NPCA provide to Volunteers coming home? What else should be provided?

What shifts should Peace Corps make to its technical programs in a changed world? Are programmatic changes needed to meet potential threats like another pandemic or global climate change? What new tools and technologies could be deployed?

WEDNESDAY, JULY 15
Reexamining the Second and Third Goals of the Peace Corps

Building relationships and bringing the world back home: It’s said these goals are what put the “Peace” into Peace Corps. After 60 years, how are we doing when it comes to promoting better understanding? Can these goals be reinterpreted to more explicitly focus on diversity, equity, and inclusion?

Addressing systemic racism in staffing, recruitment, and in the field. How has the Peace Corps handled racial injustice concerns? How does NPCA and the Peace Corps community ensure better equity and justice? How can we build a more diverse and inclusive community? 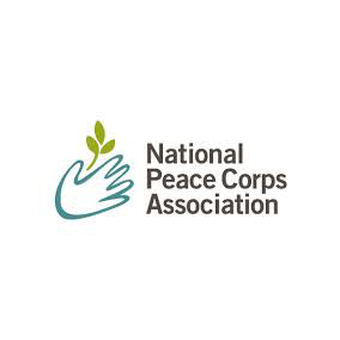