In Memoriam: Drew S. Days III, first African American to lead the Civil Rights Division at the Department of Justice 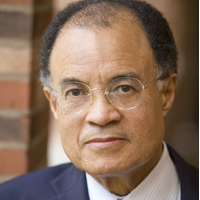 He also served as Solicitor General of the United States. He was a man of principle and devoted much of his life’s work to racial equality.

The Peace Corps community mourns the loss of a pioneer for our nation: Drew S. Days III, the first African American to lead the Civil Rights Division of the Department of Justice — and the first Black man to lead any division at Justice. He was appointed in 1977 under President Jimmy Carter. Later, under President Bill Clinton he also served as Solicitor General of the United States — a position often referred to as the “tenth justice” of the Supreme Court.

He was gentle and courageous and kind and a man of principle. So much of his career was committed to striving for racial equality. He was born in Atlanta in 1941 and grew up in Tampa, Florida — and at the age of 30 won a lawsuit that desegregated the schools where he was educated. He studied English literature at Hamilton College and law at Yale.

He sang — and it was at Yale Russian Chorus rehearsals that he met Ann Langdon. They wed and joined the Peace Corps and served in Honduras 1967–69 and were married for 54 years.

After Peace Corps service, Drew Days worked for the NAACP Legal Defense Fund and Education Fund in New York City. Tapped for his role with the justice department, he tackled racism in blatant forms in school districts and sought to ensure more effective discipline for police who abused their authority.

He joined the faculty of Yale Law School in 1981 and took a leave of absence to serve as solicitor general of the United States. He argued 17 cases before the Supreme Court and supervised nearly 200 more. He was founding director of the Orville Schell Jr. Center for International Human Rights Law at Yale.

He died Sunday, Nov. 15 at the age of 79. Our hearts go out to Ann, their children, and the family who meant so much to Drew.

You can begin to understand more of the scope of what Drew Days did in the stories by Yale University Law School, the  New York Times, and the Washington Post chronicling his remarkable life and work.