Hide Not Your Sorrow 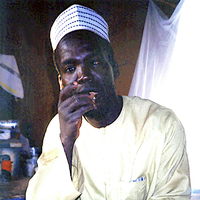 Photo: Faralu, a friend in Niger who reached out to the author to make sure his family was OK.

Early in our new COVID-19 era last spring, a phone call and forwarded WhatsApp message from near my old Peace Corps site poignantly reminded me of the transnational compassion and solidarity that Peace Corps engenders.

Twenty years ago I had received a similar urgent message of concern. Then it was about my 10-year-old son, Samuel, with whom I had just visited my friends in the hinterlands of West Africa to settle an inheritance dispute over my Sahelian horse. My friends were greatly afraid for Sam’s safety, for they had heard on the radio chilling news about America: on March 5, 2001, a 15-year-old high school student in California shot 13 schoolmates, killing two. It was the tenth school shooting since the Columbine massacre, two years before. From what my African friends were hearing in the local language, thanks to Voice of America and the BBC, our children go to school in the morning and are regularly shot to death by other children.

Now Faralu — my former horse groom, he who had defended my property rights in Niger even after a decade since my previous visit there — is asking: Are my children, wife, and mother safe from this new sickness that is raging everywhere in the world? Everywhere except — at least for now, thanks to Allah — his own nation, Niger. 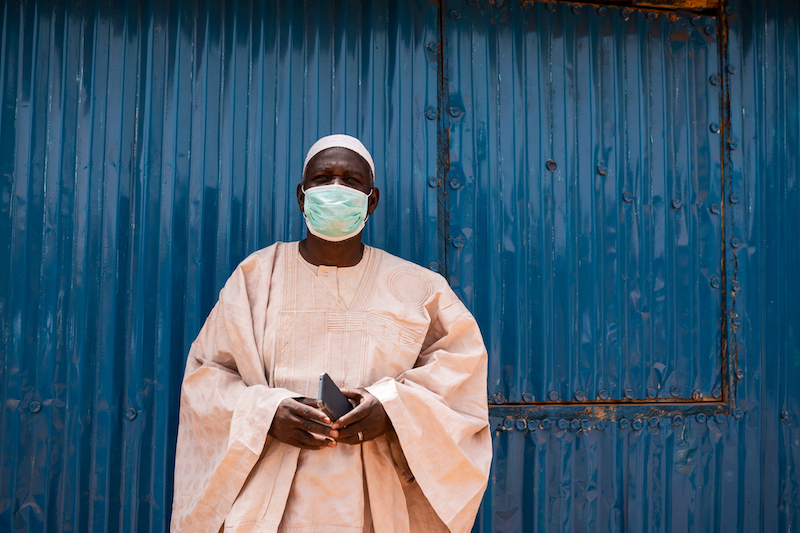 Amirou Albade is the President of the Association of Traditional Chiefs of Niger, one of the most respected positions in a country where the weight of socio-cultural norms is strongly felt. Photo by Juan Haro / UNICEF Niger

Life in Niger has long been one of daily struggle — anxiety from inadequate rains, little money, children dying from simple infections. Few Nigériens have running water or electricity. Beggars and blind folk still abound; flies afflict, diarrheal infants die. The average per capita income is less than two dollars a day. But the spirit of solidarity reigns supreme and resilience is second nature. So is the acceptance of mortality that comes with faith. Even if COVID-19 does infiltrate, it will not threaten the social fabric as it is already starting to do in more patently “developed” societies.

I am always humbled by such expressions of concern from my materially impoverished friends, be they about illness from an acute new virus or the chronic one that periodically prompts the young among my people to kill their schoolmates. They do not turn their back on their friends when disaster strikes; we should not, either. 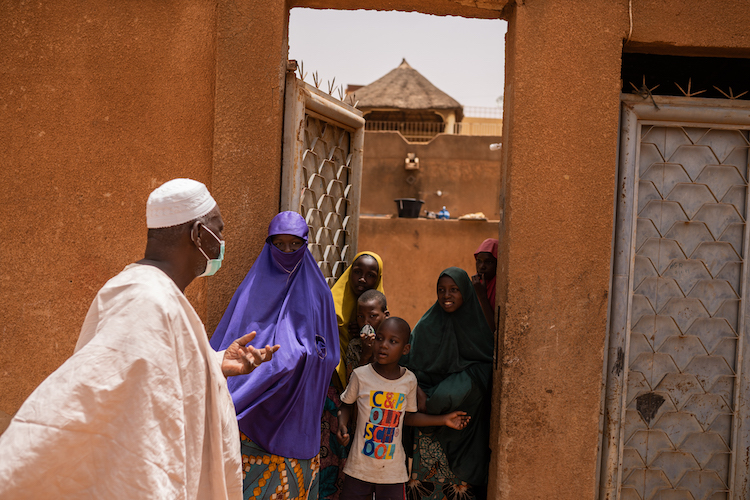 Amirou Albade makes a door-to-door visit to a family in Niamey, capital of Niger, to inform and encourage them with the facts that can help protect them from Covid-19. Photo by Juan Haro / UNICEF Niger

Even as our bandwidth, print space, and airwaves have been colonized by coronavirus news, we should not forget our global responsibilities. Through no virtue of our own, most Americans happen to have been born into a prosperous nation. Not all of our co-citizens are prosperous, of course — an inequitable fact that is being made more and more obvious as coronavirus rages. Yet we still won the global lottery by the luck of birthplace. Even if the current pandemic is challenging casual cheerleaders of globalization — and I admit to having been one of them — we should not succumb to the temptation of restricting our compassion by citizenship. If the pandemic is a global crisis, the solution must be no less global — and personal, too.

Niger’s population of 24 million is close to that of Florida’s. As I write this, the Sunshine State has registered 726,000 cases of COVID-19 and 15,000 deaths; Niger, with 3 million more inhabitants, has had 1,200 cases and 69 deaths. The U.S. as whole, with almost 14 times the population of Niger, has well over 3,000 times more fatalities from the coronavirus. 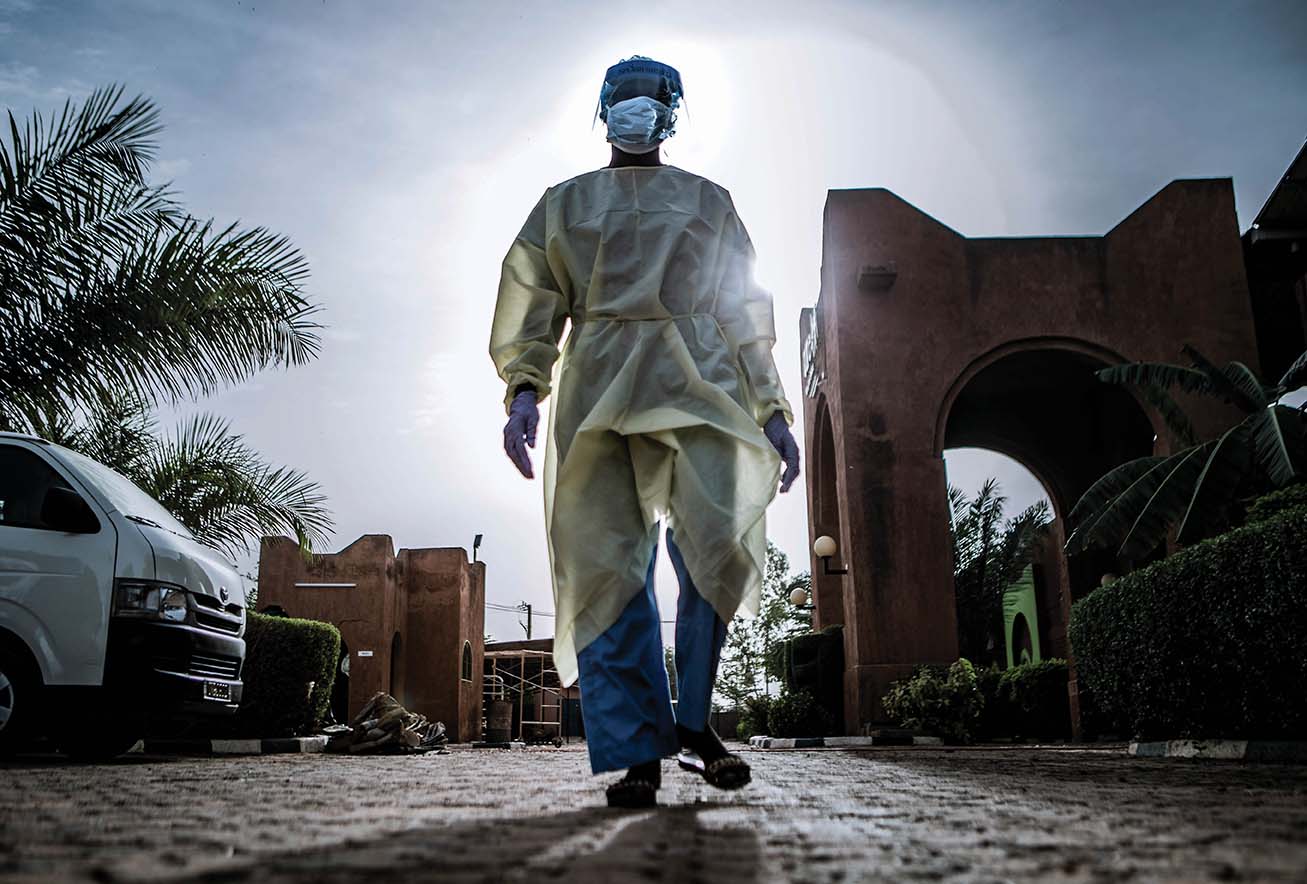 Not that Niger is a healthcare paragon. And there the government-mandated closing of mosques has not been without controversy — in a few pockets even violent protest. But there has been no crowing that “their” God is a better protector than ours, no groundswell of protest against the mandate to wear masks in the capital city.

Whether through the U.S. Armed Forces or the Peace Corps, hundreds of thousands of Americans have forged close relationships with “host country nationals” in the developing nations where they have served. Even in this moment of national health crisis, we should remember our friends from abroad. I am sure they are all — like Faralu, who called again during the fast of Ramadan to convey his concern — remembering us. And I am also quite certain that they have the equivalent of this proverb in Faralu’s native language: “From the friend who weeps in hearing of your sorrow, hide not your own.”

William F.S. Miles served as a Volunteer in Magaria, Niger, 1977–79. His daughter Arielle Miles also served as a Volunteer in Kenya 2009–11. Bill teaches political science at Northeastern University in Boston. His Peace Corps-inspired memoir,  My African Horse Problem, is published by the University of Massachusetts Press. An earlier version of this article was published at The Wisdom Daily under the title “Interfaith Pandemic Solidarity.”