From the Editor: This Time 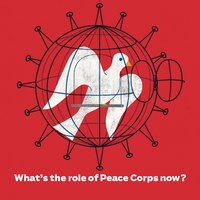 Peace Corps teaches us a new way to think about time. Pandemic does, too. So what do we do with this?

ACROSS THE DECADES and countries and communities where tens of thousands of Peace Corps Volunteers have served, there are a few things we share. One: a new grasp of time. Be it seasons or how we count the days, a revised sense of punctuality or the value of hours in terms of money or daylight, be it devoted to sleep or preparing a meal or hiking to the well, be it in the presence of friends or alone with this self you are becoming — one of the gifts: to be invited into a new way of measuring a life. Step outside of the this, then this, then this. Also a gift: the dawning of the truth that empathy and understanding are not transactional stuff, giver and receiver both richer, stronger, wiser, more human.

Now here we are: old strictures of time dissolved, pandemic time warping the distance between today and last Monday until that day is shockingly distant. When time itself has taken on new meaning—or lack thereof. But how?

It’s been nearly nine months since most Volunteers around the world got the news — via phone call or email or WhatsApp: Because of COVID-19, they were being evacuated. The pandemic was burning its way across the globe. In this country and others, it still exacts a terrible toll. As we put the fall edition of WorldView magazine to bed, globally there have been 43 million cases and 1.16 million people have died, more than 226,000 lives lost in the United States alone.

We look to a pandemic a century in the past for lessons on enduring this one. And we behold a future that came too soon.

We look to a pandemic a century in the past for lessons on enduring this one. And we behold a future that came too soon.

In the San Francisco Bay Area, which I call home, this was the year of the Blade Runner sky: Dry lightning sparked hundreds of fires up and down the Golden State, including the largest blaze in recorded history — more than 1 million acres. As summer faded, fires were burning up and down the West Coast of the United States and Canada, fulfillment of Cassandra climate change warnings that would visit themselves upon us within a quarter century if we didn’t do something now. Then here they were.

To Louisiana came four named storms: Marco, Laura, Beta, Delta — the second of that lot blowing the fiercest winds of any tropical cyclone in modern history to make landfall on the Bayou State.

The arc of a storm, the arc of history, the path of the fire or the pandemic of COVID or hateful racism: Where will we find ourselves in the time that matters? Digging the perimeter to halt the flames, preparing meals for the first responders, helping someone breathe? 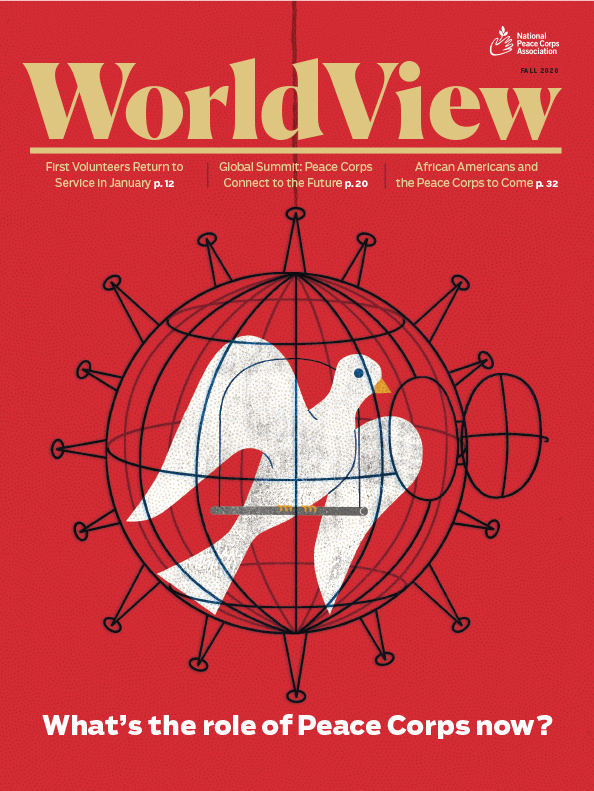 THIS UNPRECEDENTED MOMENT, 2020 continued. Let us speak of world peace and friendship. We’ve just begun commemorating six decades since this whole audacious Peace Corps endeavor caught the 1960 election-year zeitgeist. Origin story: 2 a.m. at the University of Michigan on a drizzly and chilly October 14, cut to San Francisco’s Cow Palace on November 2, and not even six weeks after inauguration day 1961 there’s the executive order on 3/1/61 — JFK signs the Peace Corps into being. Youthful idealism that set in motion something that could and should be the best of what this nation aspires to be.

Perhaps not coincidentally, when I was teaching contemporary American literature as a Volunteer in western Ukraine — the independent country then all of three years old — the poem that most fired my students’ imaginations was Lawrence Ferlinghetti’s “I Am Waiting.” It is a litany of an American promise unfulfilled, ideals unmet, but that does not mean giving up:

and I am perpetually awaiting
a rebirth of wonder

Because as we studied this Beat poet (now 101!) I asked these future teachers and bankers, singers and city council members, mothers and fathers and citizens — notebooks, please: What are you waiting for?

WE ARE HOPING for Volunteers to return to communities around the world, knowing what’s ahead is uncharted for all. Yet ambassadors and colleagues, students and families have all asked: When? Because solidarity, not charity, calls. Yet we know that the safety and security of communities and Volunteers must circumscribe what is possible. And these cannot be empty words.

Because we carry with sorrow and compassion a tragic truth underscored in recent weeks. In January 2018, Bernice Heiderman, from Inverness, Illinois, was serving as a Volunteer in Comoros. As a New York Times article detailed this fall, she contracted and died from undiagnosed malaria. Had it been treated, she might have made a full recovery. She was 24 years old.

To her loved ones, the Peace Corps community sends the deepest condolences. And a pledge to ensure that the agency does better. As NPCA President Glenn Blumhorst wrote in an open letter, “The current challenge of suspended Peace Corps programming provides a tremendous opportunity—and clear responsibility—for the agency to engage global health experts, Congress, and the broad Peace Corps community in a transparent dialogue on where improvements in volunteer health care are needed and what is needed to implement those improvements ... And we must commit to the care and well-being of these Volunteers in a changed world.”

We can do nothing less.

Steven Boyd Saum is editor of WorldView and director of strategic communications for National Peace Corps Association. He was as a Volunteer in Ukraine 1994–96.