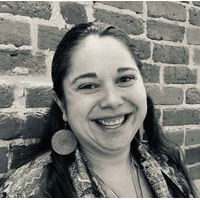 Global Seed Savers has trained more than 5,000 Filipino farmers in seed saving, established three seed libraries, and is building a movement across the country to restore the traditional practice of saving seed and building seed sovereignty.

The Shriver Award is presented annually by NPCA to Returned Peace Corps Volunteers who continue to make a sustained and distinguished contribution to humanitarian causes at home or abroad, or who are innovative social entrepreneurs who bring about significant long-term change. The award is named in honor of the first Peace Corps Director, Sargent Shriver, whose energy and commitment were instrumental in the launch of the Peace Corps.

The award was presented on September 24 at Peace Corps Connect, a 60th anniversary conference for the Peace Corps community. Announcing the award was Teddy Shriver, who served as a Peace Corps Volunteer in Peru 2011–13 and is deputy director of Best Buddies International — and grandson of Sargent Shriver.

“So much has happened, evolved, and grown since my days as a PCV 15 years ago in Tublay, Benguet,” Sherry Manning says. “But one thing has remained the center point of our on-going work at Global Seed Savers: authentic, deep, and meaningful connections and relationships to people, the land, seed, and our collective sustenance!”

In her acceptance speech, Manning noted: “It takes many hands and hearts for our work to flourish and it is an honor to be building this organization with our dedicated and growing team of local Filipino leadership, our boards, our community partners, and most importantly the resilient and passionate FARMERS we learn from and work side by side with to build a more food and seed sovereign world! This Award is for them and their tireless work to feed their families and communities despite tremendous struggles!”

Sherry Manning holds a master’s in environmental and natural resource law from the University of Denver Sturm College of Law and a B.A. in government from the University of Redlands in Southern California. Sherry is also a daughter, sister, and very proud auntie or Anta (as her nearly 6-year-old nephew calls her)! She has always been passionate about ending injustices, spending quality time in the natural places she advocates for, and building deep and meaningful relationships within her community. When not working for Global Seed Savers and serving on various nonprofit boards, Sherry can be found playing in the beautiful Colorado Mountains hiking, fly fishing, camping, and more.

Nominations for the Sargent Shriver Award for Distinguished Humanitarian Service are accepted year-round. To nominate an individual, please download the Shriver Award nomination packet, and submit all nomination materials to vp@peacecorpsconnect.org.