The Tragic Loss of Bernice Heiderman 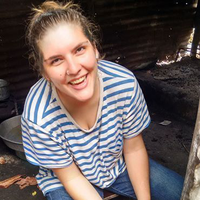 A letter to the Peace Corps community

We were heartbroken to learn the details of the tragic and avoidable death of Bernice Heiderman in January 2018, when she was serving as a Peace Corps Volunteer in Comoros. A New York Times article published in recent days reveals that she died from undiagnosed malaria — and that had she received timely treatment, she could have made a full recovery.

On behalf of all of us in the Peace Corps community, we send deepest sympathies and sincere condolences to Bernice’s family. We grieve for her loss, all the more painful because this should not have happened.

Bea, as she was known to friends and family, was 24 years old. She was the youngest of three children of Julie and William Heiderman and hailed from Inverness, Illinois. She was serving as a Volunteer teaching English and leading a Junior Exploration Club in Comoros. She joined the Peace Corps just one month after graduating from the University of Illinois at Chicago, and had previously worked as a volunteer at Chicago’s Field Museum of Natural History. She brought an optimism and care to her service and was proud of the students she taught and led.

If we’re to honor the work she was doing, we must, for starters, renew a commitment to ensure that the Peace Corps does better when addressing the health needs of Volunteers — particularly when it comes to the treatment of known, familiar diseases with remedies. The future redeployment of Peace Corps Volunteers must include measures to review, learn from, and prevent future tragedies.

The current challenge of suspended Peace Corps programming provides a tremendous opportunity — and clear responsibility — for the agency to engage global health experts, Congress, and the broad Peace Corps community in a transparent dialogue on where improvements in volunteer health care are needed and what is needed to implement those improvements. This includes a thorough review and implementation of health care recommendations made by the Peace Corps Inspector General and included in recent legislation.

As Times writer Sheryl Gay Stolberg reports, when Bernice Heiderman died in January 2018, legislation was already being prepared for introduction in Congress to address the failure of Peace Corps medical staff to prevent the death of Volunteer Nick Castle in China in 2013. Backed by National Peace Corps Association, the Sam Farr and Nick Castle Peace Corps Reform Act of 2018 was passed unanimously in the House and Senate, and was signed into law in October 2018. It provided a number of improvements to Peace Corps operations, including mandating strengthened criteria in the hiring of overseas medical personnel, reauthorization and new provisions to further address agency actions to support Volunteers victimized by sexual assault or other forms of violence, and further transparency to assist individuals in making informed decisions about their preferences for Peace Corps service.

Bernice Heiderman is one of 30 volunteers who died during service over the past decade. Even one death is too many, particularly when it is preventable.

We recognize the heroic and tireless work of the Peace Corps to safely evacuate more than 7,000 Volunteers from their posts last March in the face of deteriorating international travel and border restrictions. We are proud of the tremendous contributions and unfinished business of those Volunteers in seeking to build peace and understanding around the world. And the COVID-19 pandemic offers stark evidence that there is much work to do in service to improving the human condition across the globe. Volunteers’ service is needed as much as ever, in a spirit of solidarity and shared responsibility for one another. And we must commit to the care and well-being of these Volunteers in a changed world.