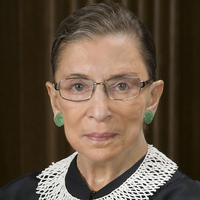 She was committed to justice and equality. And a Peace Corps Volunteer helped the world see her in a new way.

Photo of Ruth Ginsburg by Steve Petteway, Collection of the Supreme Court of the United States

“Ruth obviously changed the country, but she did it by convincing people to agree with her, instead of destroying the people who disagreed with her.”

Those words were spoken two years ago by Daniel Stiepleman — nephew of Ruth Bader Ginsburg, the associate justice of the U.S. Supreme Court who died yesterday at age 87.

Stiepleman helped the world understand Ginsburg in a deeply personal way: He is author of the screenplay for “On the Basis of Sex,” the biographical film released in 2018 that chronicled both her commitment to justice and gender equality and her marriage to attorney Martin Ginsburg, who died in 2010.

“Ruth obviously changed the country, but she did it by convincing people to agree with her, instead of destroying the people who disagreed with her.”

It was at Martin Ginsburg’s funeral, hearing tributes to his uncle, that Stiepleman understood Marty and Ruth’s life together in a new way. It was also at the funeral that he learned about the one case the couple argued together: Moritz v. Commissioner of Internal Revenue, a tax case in an appeals court in 1972.

As the Washington Post summarized the case: “The petitioner, Charles E. Moritz, had been denied a deduction for expenses incurred in caring for his invalid mother — a denial based on the assumption that women, not men, would be their parents’ caregivers in old age.” Marty argued the tax side of things; Ruth argued the gender discrimination side. It was, as a character in the film put it, an “opening salvo in a new civil rights war.”

Stiepleman served as a Peace Corps Volunteer in Kiribati; it was there that he met fellow Volunteer Jessica Hawley, who worked in public health. And Stiepleman has spoken about how the couple looked to Marty and Ruth as a model for their marriage. Indeed, the associate justice officiated at their wedding in her robes and trademark lace collar. He taught school before embarking on his screenwriting career; she studied medicine and this summer became an assistant professor of medicine at Columbia University.

Ruth Bader Ginsburg was a relative that Stiepleman mostly knew in his youth through family holidays together — Thanksgiving and Passover. “People would be, like, ‘She changed the world!’ and I always found that really confusing,” he told the  Los Angeles Times. “I’d be, like, ‘Her? Are you sure? She’s so quiet!’”

A story often told is that a year after Marty’s funeral, Stiepleman proposed to Ruth the idea of writing a film about her. Her response? “If that’s how you want to spend your time.” 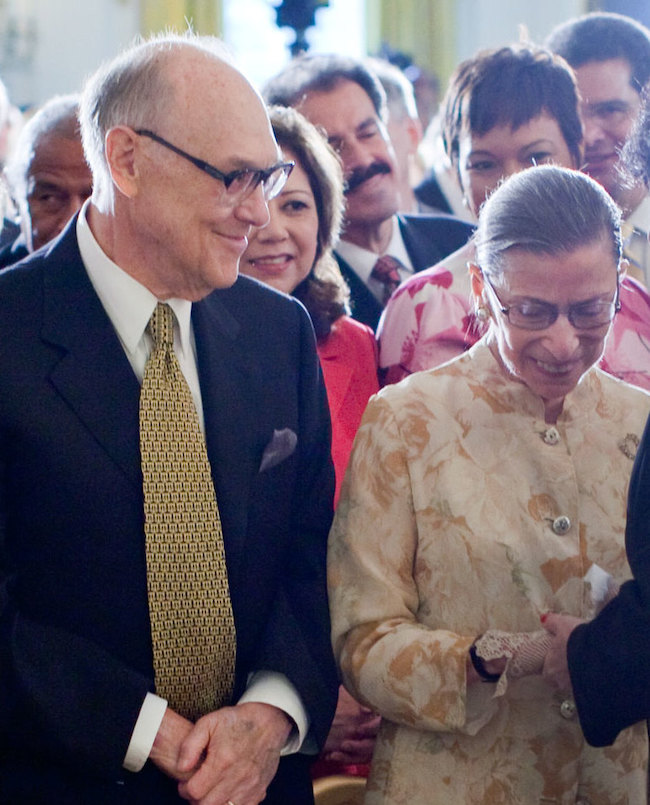 As for Ruth Bader Ginsburg convincing and not destroying: “I love the idea that we could reclaim that sentiment — that we could both try to persuade others and be open to persuasion ourselves,” Stieplemen has said. “As opposed to thinking we know all the answers and we have to destroy anyone who disagrees with us. That ideal is what Ruth reveres about the court and the Constitution.”

And as for discrimination, in a year in which we mark the centennial of the 19th amendment coming into law, it bears quoting from one of Ginsburg’s opinions for the Supreme Court. Let’s take a 1996 decision that required the Virginia Military Institute to admit women: “Through a century plus three decades and more … women did not count among voters composing ‘We the People’; not until 1920 did women gain a constitutional right to the franchise. And for a half century thereafter, it remained the prevailing doctrine that government, both federal and state, could withhold from women opportunities accorded men so long as any ‘basis in reason’ could be conceived for the discrimination.”

We honor Ruth Bader Ginsburg’s commitment to justice and equality. And we in the Peace Corps community share our deepest condolences for her family in this time of sorrow.

Steven Boyd Saum is the editor of WorldView magazine and director of strategic communications for National Peace Corps Association.