Peace in the Time of COVID 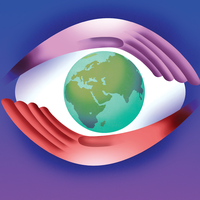 If this pandemic has taught us anything, it’s that approaching this endeavor with a sense of solidarity and humility and commitment is a matter of life and death.

This is not the magazine we wanted to publish. How could it be? Instead of marking six decades of Peace Corps in pageantry and scrappy DIY inventiveness, we find ourselves in an existential moment. Begin a familiar litany: devastating pandemic, cratering economy — and within the Peace Corps community, the evacuation of Volunteers from around the world last year, with their hoped-for return to service postponed by the resurgence of the virus. Forget not the crushing burden of racial injustice, or climate instability and the fate of the planet hanging in the balance. And, to kick out the jams in the new year, a mob that stormed the U.S. Capitol: some toting zip ties and beating police and looting offices of the members of Congress under the QAnon banner, some proclaiming civil war, one with Camp Auschwitz emblazoned on his sweatshirt. Weeks one through three of 2021: insurrection, impeachment, and inauguration — with downtown Washington, D.C., fortified like a Green Zone.

From around the globe: shock, horror, and some schadenfreude, calling out American hypocrisy. But also messages of hope: that this country can pull back from the brink. From my old Peace Corps country of service, Ukraine, where I and a number of returned Volunteers have observed elections over the years, the foreign minister tweeted: “I’m confident American democracy will overcome this challenge. The rule of law & democratic procedures need to be restored as soon as possible. This is important not only for the U.S., but for Ukraine and the entire democratic world as well.” Point taken. This from a country that has had war on its eastern border approaching seven years now — and a country that hosts one of the largest Peace Corps programs in the world. 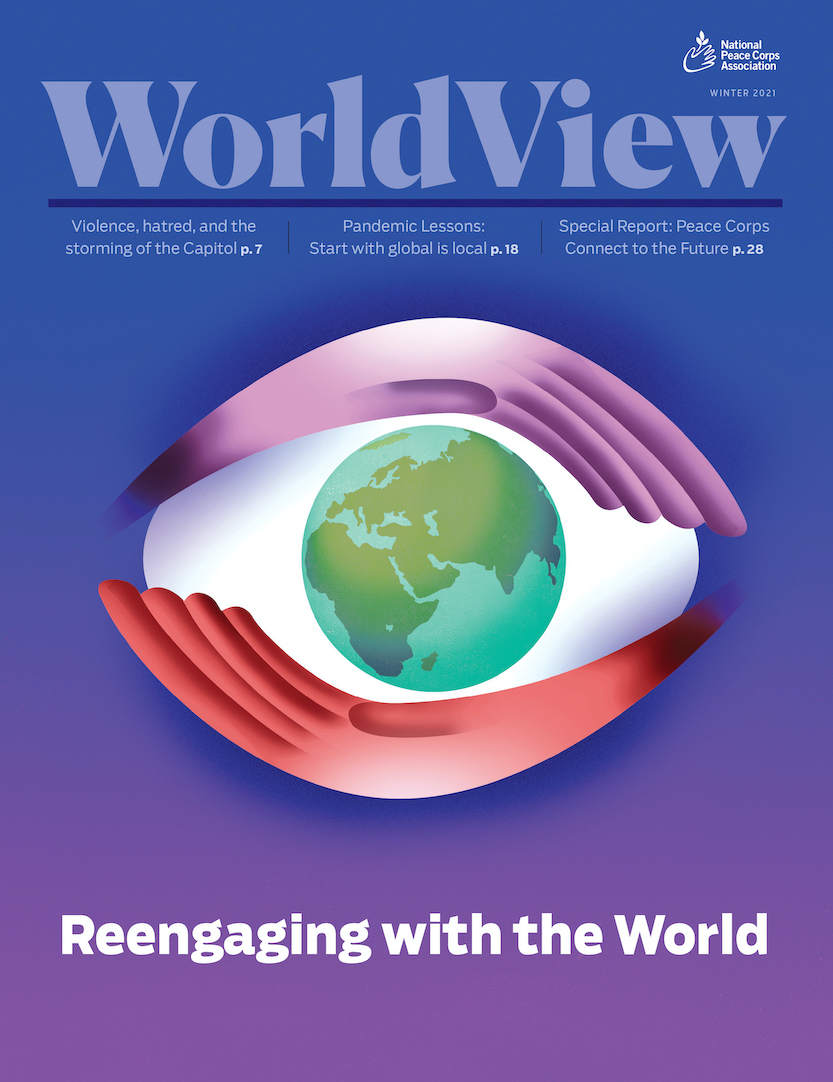 Reengaging with the World

So, a natural question: Where do we go from here? Reengaging with the World our cover reads. Surely we in these United States have got work to do at home like never before. Indeed. As renowned epidemiologist  Anne Rimoin argues in this edition, that’s all the more reason for working side by side, learning with and from communities around the world. If this pandemic has taught us anything, it’s that approaching this endeavor with a sense of solidarity and humility and commitment is a matter of life and death. A conversation with Rimoin opens a section of the magazine focused on the pandemic: hearing from a nurse on the front lines, a participant in a vaccine trial, and news of returned Volunteers going to work as contact tracers in the first cohort of the National Peace Corps Association Emergency Response Network. Amid these days, both sadness and hope: gifts of COVID-19 survival boxes from the Korea Foundation to the Volunteers who served in South Korea decades ago, as thanks for being there in a time of need. It’s a reminder that the service we undertake, the gestures we make, both large and small, may sustain us and our communities in years to come in ways we can’t imagine.

Now is the time for big changes, for bold ideas, brought to bear with the kind of energy and audacity that launched the Peace Corps 60 years ago — but with a better and fuller and truer sense of community and who we are.

The need to look outward and inward, when it comes to building justice and peace, is not new. An interview with civil rights attorney Elaine Jones makes that clear. In the stories of those honored by the Franklin H. Williams Award in December, we should also ask: How does that building resonate across the years?

We explore where we’ve gotten some things right, and how — for instance, eradicating smallpox in Ethiopia and then the world. Or where things went horribly wrong: A diplomat released as a hostage by Iran 40 years ago recounts what happened when those with the power to do something about a violent mob failed to act.

These are some of the stories, the conversations, the profiles. You’ll notice smack-dab in the center of this magazine something that’s neither; it’s some serious roll-up-your-sleeves stuff: the community-driven report, “Peace Corps Connect to the Future.” These are the big ideas sourced from thousands of members of the Peace Corps community: how we reimagine, reshape, and retool Peace Corps for a changed world. The report embraces this existential moment: Now is the time for big changes, for bold ideas, brought to bear with the kind of energy and audacity that launched the Peace Corps 60 years ago — but with a better and fuller and truer sense of community and who we are. As we’re reengaging with the world, it would be good to lead with what’s best about this country. And to deepen and renew our commitment to living out those ideals at home.

Steven Boyd Saum is editor of WorldView and director of strategic communications for National Peace Corps Association. He was a Volunteer in Ukraine 1994–96. Write him.