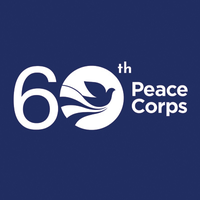 We’re marking the events in 1960 and 1961 that led to the creation of the Peace Corps. And we seek inspiration in how we can reimagine Peace Corps for a changed world.

At 2 a.m. on October 14 the Peace Corps community kicked off 60th anniversary celebrations with a once-a-decade gathering: We returned (virtually) to the steps of the student union at University of Michigan to commemorate the impromptu speech by John F. Kennedy that helped launch the Peace Corps.

The questions that caught the zeitgeist: “How many of you who are going to be doctors are willing to spend your days in Ghana? Technicians or engineers: how many of you are willing to work in the Foreign Service and spend your lives traveling around the world? On your willingness to do that, not merely to serve one year or two years in the service, but on your willingness to contribute part of your life to this country, I think will depend the answer whether a free society can compete. I think it can. And I think Americans are willing to contribute. But the effort must be far greater than we’ve ever made in the past.” 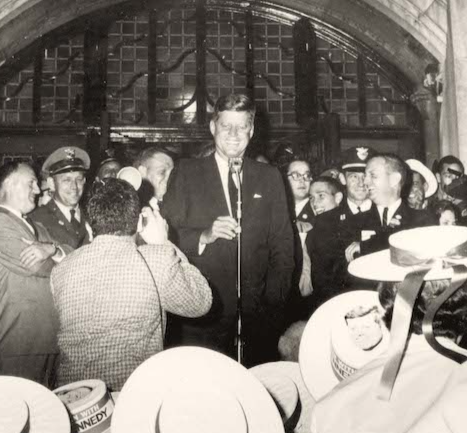 November 2 marks the anniversary in 1960 of a speech at the Cow Palace in San Francisco, in the final days of his campaign for president, in which Sen. John F. Kennedy proposed “a peace corps of talented young men and women, willing and able to serve their country in this fashion for three years.”

These “ambassadors of peace,” he said, “would be a volunteer corps, and volunteers would be sought among not only talented young men and women, but also Americans, of whatever age, who wished to serve the great Republic and serve the cause of freedom, men who have taught or engineers or doctors or nurses, who have reached the age of retirement, or who in the midst of their work wished to serve their country and freedom, should be given an opportunity and an agency in which their talents could serve our country around the globe.” Watch a clip here.

Celebrations with the Peace Corps community across the United States— and around the world.

We hope that we’ll be able to come together in person for our annual conference, hosted by Howard University. But wherever you are in the U.S. or around the world you can join us—because we’ll have a robust digital program.

Stay tuned for more—and updates on how we’ll host our annual Days of Action on Capitol Hill at the beginning of March 2021.