Now Is the Time for Historic Changes. That Includes at Peace Corps. 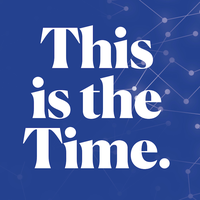 With our allies in Congress, we’re working to ensure that the administration understands this is no time to return to the status quo. We need diverse and experienced leadership at Peace Corps — and a commitment to reimagine, reshape, and retool for a changed world.

Many of us in the Peace Corps community took note of the pledge in President Biden’s inaugural address to “engage with the world once again. Not to meet yesterday’s challenges, but today’s and tomorrow’s challenges. And, we’ll lead, not merely by the example of our power, but by the power of our example.”

Those words resonate with the Peace Corps mission, not with a sense of “be like us!” but with a sense of solidarity and commitment to working and learning alongside one another, wherever we serve. One of the messages we’re driving home to members of Congress and the Executive Branch: If we’re reengaging with the world, let’s do it with ideals that are supposed to represent what’s best about this country — even as we work in our communities and at the national level to build a more perfect union.

That said, if we value the role of the Peace Corps, we have to be serious about reimagining, retooling, and reshaping the agency for a changed world. As the administration appoints new leadership for the agency, it is critical that it brings on board not only a director but top staff who reflect a commitment to equity and racial justice, and that these leaders come equipped with global experience and a deep understanding of — and commitment to — the Peace Corps community.

At the Peace Corps agency, January 20 marked the departure of Director Jody Olsen, who led the agency during unprecedented times, including the global evacuation of Volunteers in spring 2020. Last fall she was optimistic about Volunteers returning to the field as early as January 2021. But by December it was clear that was no longer a possibility. Plans are now for Volunteers to return in the second half of 2021. The health and safety of communities and Volunteers is paramount.

Carol Spahn has been named Acting Director of the Peace Corps. The Biden Administration has also begun to announce new political appointments. We’re meeting with Spahn and the leadership team as it takes form to ensure that we keep moving forward with the big ideas the Peace Corps community has outlined to meet the needs of a world as it is, not as it was. For Peace Corps, as with so much in this country, now is not the time to return to the status quo. Now is the time for historic changes.

When many hundreds of members of the Peace Corps community came together in summer 2020 for a series of town hall meetings and a global ideas summit, it was with a sense of an agency, a nation, and a world facing multiple crises. From those meetings came “Peace Corps Connect to the Future,” a community-driven report that brings together big ideas and targeted, actionable recommendations for the agency and the Executive Branch, Congress, and the wider Peace Corps community — particularly NPCA.

Past directors of the Peace Corps who served under Democratic and Republican administrations alike have underscored to us that the big ideas put forward here are absolutely essential.

Past directors of the Peace Corps who served under Democratic and Republican administrations alike have underscored to us that the big ideas put forward here are absolutely essential: that many of them address longstanding issues and sorely needed changes, but there never had been the opportunity to undertake them on a major scale. Now is that time.

Whom the Biden Administration appoints to top posts at the agency sends a powerful signal to the community. Will the leaders reflect a commitment to equity and racial justice — and a serious commitment to the quarter million strong Returned Peace Corps Volunteer community? Members of Congress who have been champions for Peace Corps funding are watching as well.

A roadmap for change

The report “Peace Corps Connect to the Future” provides a roadmap for change. While the report is far-ranging in point-by-point recommendations that are grouped into eight separate chapters, here are three overriding themes that emerged. We’re working to ensure that the administration and new staff at the agency take these to heart:

1. The Peace Corps community must be a leader in addressing systemic racism.

The Peace Corps agency, like American society as a whole, is grappling with how to evolve so that its work fulfills the promise of our ideals. This means tackling agency hiring and recruitment, and greater support for Volunteers who are people of color, to ensure an equitable Peace Corps experience. It also means ensuring that perceptions of a “white savior complex” and neocolonialism are not reinforced. These are criticisms leveled at much work in international development, where not all actors are bound by the kinds of ideals that are meant to guide the Peace Corps. Conversely, many in the U.S. bristle when hearing these terms; but it’s important to both recognize the context and address them head-on to enable a more effective and welcome return for Volunteers.

2. The Peace Corps agency needs to stand by its community — and leverage it for impact.

The agency’s work is only as good as the contributions of the people who make it run. This does not mean only staff but includes, in particular, the broader community of Volunteers and returned Volunteers. In programs around the world, it absolutely includes the colleagues and communities that host Volunteers. NPCA has demonstrated that it is both possible and beneficial to become community-driven to promote the goals of the Peace Corps. Community-driven programming will keep the work both current and relevant to the world around us, ensuring that the agency succeeds in its mission in a changed world.

3. Now is the moment for the Peace Corps agency to make dramatic change.

The opportunity for a reimagined and re-booted Peace Corps now exists and it should be taken.

Who is there to lead the change matters. From the Peace Corps community, this message came through clearly: When it comes to the permanent director, they should be an individual of national stature, preferably a Returned Peace Corps Volunteer, who is committed to transformational change at the agency. They must have the gravitas to advance the Peace Corps’ interests with both Congress and the White House while also making the case to the American people about the value of a renewed Peace Corps for the United States — and communities throughout the world.

In an unprecedented time, the Peace Corps community has come together with an unparalleled response. With the new administration, there are Returned Peace Corps Volunteers with years of experience already taking on key roles in the U.S. Department of State, Department of Labor, and National Security Council. These appointments show a value placed on experience and racial equity — and a commitment to leading with the best. Let’s ensure that commitment carries over to Peace Corps as well.