Now Is the Time: From the Editor of WorldView Magazine 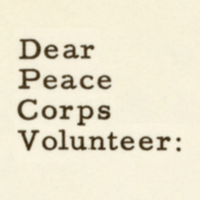 An invitation to listen, learn — and roll up our sleeves.

Let’s start with a story about an invitation. There’s that historic letter from JFK below, sent to the first would-be Volunteers. And let me tell you about Laurel Hunt, a recent engineering grad from University of Minnesota, and the years of Peace Corps service she has yet to undertake in Peru, working with a community on health and sanitation. Return to March 2020: “Friday the 13th was my last day at work,” Hunt writes. “As I packed up my desk that afternoon, I got a phone call from Washington, D.C. A frazzled-sounding Peace Corps employee told me that my Peru 35 group would be delayed at least 30 days.”

COVID-19 was burning its way across the globe, countries shuttering airports and closing borders. Two days later, Peace Corps announced a global evacuation of all Volunteers.

Peace Corps was something Laurel Hunt had her heart set on since junior high. While earning her engineering degree, she co-founded and served as president of Out in STEM. “As a queer woman in engineering, I’m used to feeling out of place,” she says. Peace Corps would no doubt bring more of that sense of displacement, in ways humbling and unexpected — and, so the story goes, lessons in patience, flexibility, resilience.

“I don’t know what my future holds, and the uncertainty is tough,” Hunt wrote a year ago. “For right now, all I can do now is wait, support my community, and wash my hands. I’m incredibly fortunate to have a safe place to stay and enough savings to make it through a few months in limbo.”

On her blog she wrote with admiration about returned Volunteers who, as the global evacuation was taking place, rallied to help the evacuees. There was a Facebook group focused on providing that support; within days, its membership swelled to 6,000 members, and then 14,000. Hunt pitched in as an administrator for the group.

She hoped, as so many did, that the pandemic might be tamed — and that Volunteers would return to their sites later in the year. By summer it was clear that wouldn’t happen. Hunt took a job at a seafood processor in Alaska for a few months. She returned to Minnesota. The firm where she had been working offered her a job again, while she waited to hear when she might begin Peace Corps service.

“The uncertainty is tough,” wrote would-be Volunteer Laurel Hunt. So she established a group to support others in the same boat: Peace Corps Invitees in Limbo.

Many hundreds of others were in the same boat, waiting. So Hunt formed a Facebook group to give them a place to share updates (what’s the latest on departure for your country?) and to offer advice and support and a shared sense of what it was to be living with this uncertainty while other forces in life exerted their gravitational pull. Hunt christened the group Peace Corps Invitees in Limbo.

When the first Peace Corps Volunteers received their letters of invitation from President Kennedy 60 years ago, they were embarking on something uncertain and new. When Volunteers arrive once more in countries around the world, the communities and individuals who serve there will begin a journey very different from what has come before. I have heard from one of my former students — Olena Halapchuk-Tarnavska, who is now on the faculty at Lesya Ukrainka Volyn National University in western Ukraine and who has been training incoming groups of Volunteers for years — that they are eager for Volunteers to return. Those sentiments have been heard from every country where Volunteers were serving. But how things will be different remains to be seen.

When the first Peace Corps Volunteers received their letters of invitation from President Kennedy 60 years ago, they were embarking on something uncertain and new. When Volunteers arrive once more in countries around the world, the communities and individuals who serve there will begin a journey very different from what has come before.

As we mark the 60th anniversary of Peace Corps beginnings, in the spring 2021 edition of WorldView we also lean hard on what Peace Corps might be — and what place it has in a changed world. And not only Peace Corps, because this audacious endeavor — independent from the exponentially larger USAID and State Department, thanks to the vision and efforts of the early architects of the agency — does not exist in a vacuum. Which brings us to the words on our cover: The Time Is Now! For what? To commit as never before to a sense of service with a sense of solidarity, building up communities across the United States and around the world, fostering the personal connections that deepen our awareness and understanding — of shared humanity, of what equity and justice mean, and, for better or for worse, a common fate on this planet.

The thing about service and solidarity is that these are not a one-and-done commitment, boxes to be checked. For this work, there’s a standing invitation.

WATCH: Laurel Hunt on why she wants to serve in the Peace Corps. 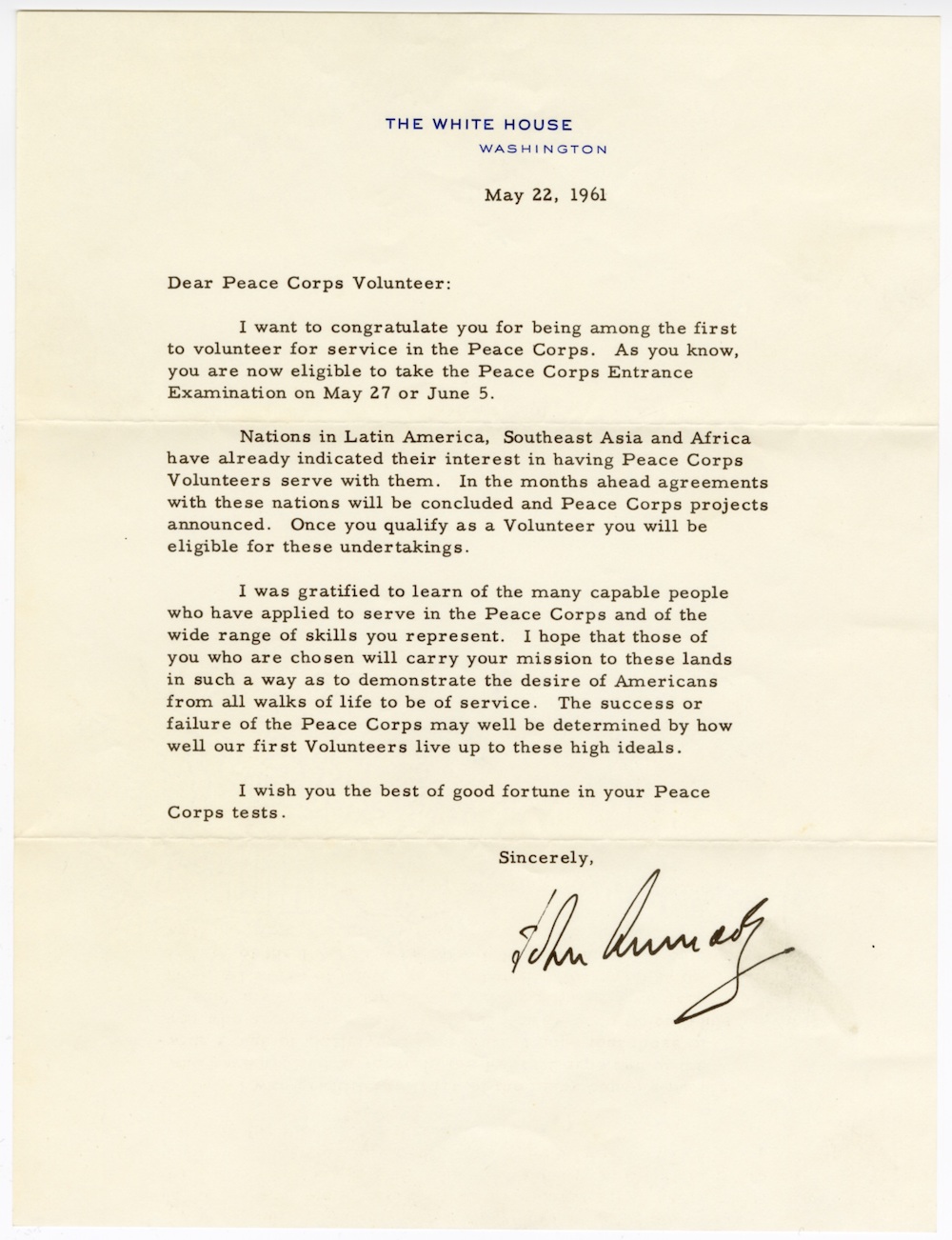 Steven Boyd Saum is editor of WorldView and director of strategic communications for National Peace Corps Association. He served as a Volunteer in Ukraine 1994–96.Write him.

This essay appears in the spring 2021 edition of WorldView magazine. Sign up for a print subscription by joining National Peace Corps Association. You can also download the WorldView App for free here: worldviewmagazine.org