Ask Your Representative to Join the House Peace Corps Caucus

Background: In the House of Representatives, lawmakers often bring together like-minded individuals into a caucus to provide information, organize activities, and/or promote a particular issue or cause they believe is important. The activities of a caucus are non-binding.

In 2013, a House Peace Corps Caucus was formed. At the time, the four Returned Peace Corps Volunteers serving in the House, (California Democratic Congressmen Sam Farr (Colombia 1964-66), Mike Honda (El Salvador 1965-67) and John Garamendi (Ethiopia 1966-68), and Massachusetts Democratic Congressman Joe Kennedy (Dominican Republic 2004-06) were all co-chairs of the caucus. They were joined by Congressman Ander Crenshaw (R-FL), who also served as a co-chair of the Peace Corps Caucus.

In October 2015, the Caucus hosted a Capitol Hill briefing focusing on global efforts to address women’s empowerment and girls education.  A year earlier, the Caucus hosted another briefing entitled “Innovation at the Peace Corps – Using Public-Private Partnerships to Promote Peace.” They also host an annual Peace Corps forum to share information with Capitol Hill staff and interns who may be interested in Peace Corps service.

Taking Action in 2017: With the start of the new, 115th Congress in January 2017, all caucuses in the House of Representatives have to re-register, invite past members to re-join and encourage other members to sign up as well. At the same time, the Peace Corps Caucus will need new leadership, with the departure of Congressmen Farr, Honda and Crenshaw.

As we prepare to re-constitute the Peace Corps Caucus, you can write to your lawmakers to encourage them to join (or re-join) the Caucus in the new 115th Congress. 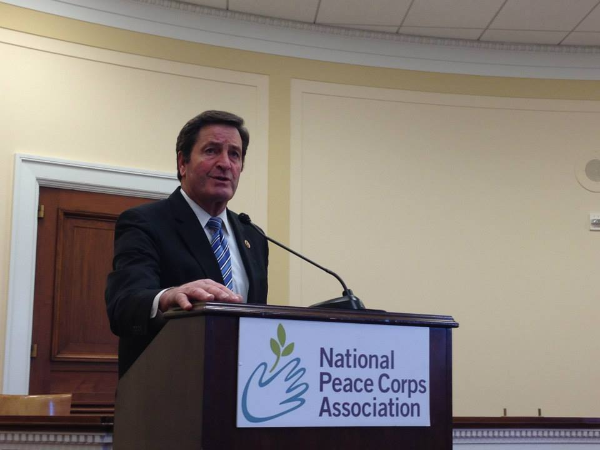 (RPCV Congressman John Garamendi, one of the co-chairs of the House Peace Corps Caucus)