You Are Going to Do Something to Defeat It 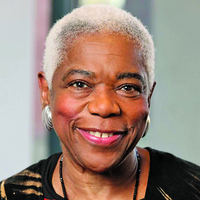 Elaine Jones has led a landmark career that has included being the first woman to direct the NAACP Legal Defense Fund and the first African American woman to attend law school at the University of Virginia. Where she learned the lessons in diplomacy that prepared her for that: Peace Corps in Turkey.

The daughter of a Pullman porter and a schoolteacher, Elaine Ruth Jones was born in Norfolk, Virginia, and was raised in the Jim Crow South. She has spoken of the importance of understanding “the realities of racism and the importance of idealism.” In 1972 she was the counsel of record for the case Furman v. Georgia, in which Jones represented a Black man on death row who had been accused of raping a white woman. The Supreme Court ruling on that case found that the death penalty as practiced by all U.S. states was cruel and unusual punishment. 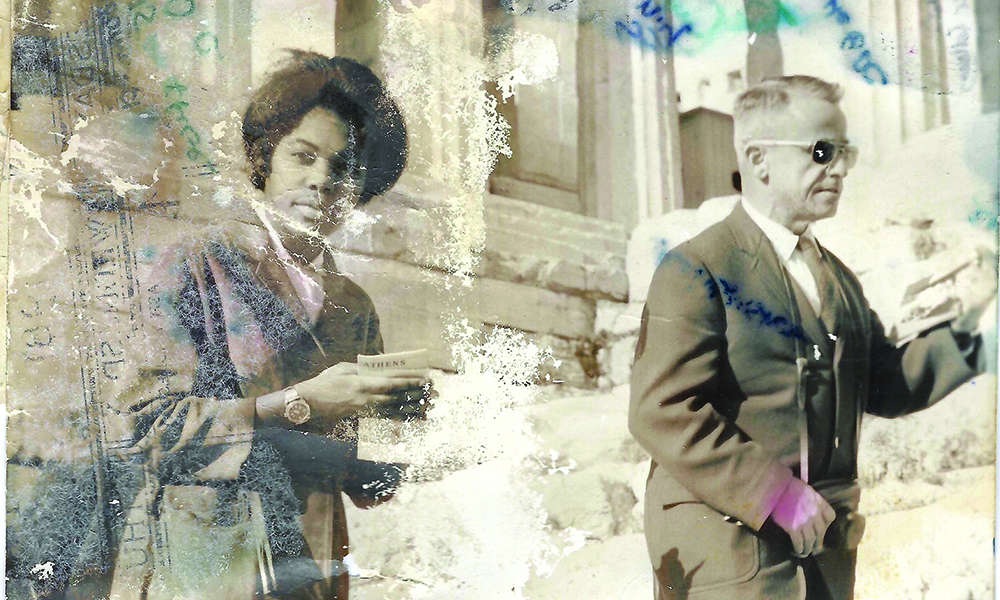 Jones as a Peace Corps Volunteer in Ankara, Turkey, where she taught at Hacettepe Science Centre. Photo courtesy Elaine Jones

Jones served in the Ford and Clinton administrations. She was instrumental in the passage of legislation bolstering voting rights, fair housing, and civil rights. She is the recipient of numerous honorary degrees, and in December 2000 President Clinton presented her with the Eleanor Roosevelt Human Rights Award.

She spoke with Jalina Porter, a graduate of Howard University who served with the Peace Corps in Cambodia 2009–11; was a communications director in the U.S. Congress; in 2020 was honored with the Franklin H. Williams Award by the Peace Corps; and in January 2021 was named deputy spokesperson for the Department of State.

You either give in to it or you decide that you are going to do something to defeat it.

Elaine Jones: I came from a completely segregated environment, born in the South in the ’40s. You had your separate water fountains, sitting in the back of the bus — we had all of that down in Virginia. That molds you — you either give in to it or you decide that you are going to do something to defeat it. I decided that this is not the way the world should be, as a little Black girl in the South. I decided that one day I would be able to do something to change it. And my parents always encouraged me.

I had come through elementary in public schools using secondhand, hand-me-down books. When I went to Howard, I got a scholarship. Stokely Carmichael was in my class, and folks would come back from the Freedom Rides. I was not down in Mississippi doing the Freedom Rides, but many others were. President Lyndon Johnson gave the “Great Society” speech at Howard during my graduation in 1965. And that is when I realized that I wanted to do law. Thurgood Marshall had come out of Howard. And I mean, they were my heroes — the lawyers. But I didn’t have any money, and I didn’t know anything about the world. I really had only been exposed to my own culture. I knew I needed more exposure and to be able to travel and meet other people. So I said, “My answer is the Peace Corps.” All I had to do was get in, because I knew I didn’t want to go to law school right away.

I applied to the Peace Corps, and they decided I would go to Turkey. We trained at Princeton; it was a special program, TEFL — teaching English as a foreign language. I was in Turkey Eight. There were nearly 200 of us in Turkey Eight, which was the biggest class that they’d had. And then we trained in-country. And guess who was studying there that summer? James Baldwin! You’re meant to go where you’re meant to go.

Folks in the street would look at me and spit on the sidewalk when I walked by, not because of an anti-Americanism, but because they thought I was Arabic.

Porter: What was it like being an African American woman volunteering in Turkey?

Jones: I was the only African American in that group. About 35 or 40 percent were women — white women — and then me. I had never been around their culture — whiteness, it’s a culture. For me, it was trying to respond and understand how to take them wanting to feel my hair. They focused on different things, too, and obviously had not been around people of color. So it was then that I understood I’m the experiment, you see? But the Peace Corps taught me patience. It taught me that if you adopt an attitude or something rubs you the wrong way, every time it happens that’s what you’re going to have the whole time you’re here. What you have to do is give people the benefit of the doubt. A lot of it is ignorance — just like you are ignorant about them, they’re also ignorant about you. And so I viewed it as an opportunity. I embraced it and made these two years in which I could grow, develop, and learn, which is what happened. I also made some great friends in the Peace Corps.

But I was still so different, because my students would not believe that I was American. A lot of them thought I was Arabic. There was no love lost between the Turks and the Arabs. But my students knew me and eventually accepted that I was American; I didn’t feel any antipathy from them. But folks in the street would look at me and spit on the sidewalk when I walked by, not because of an anti-Americanism, but because they thought I was Arabic. And the white volunteers got their share of stuff. Because it was a tough time when we got to Turkey in August of 1965. There had been a big slap in Cyprus; the Greeks and the Turks had been fighting over Cyprus for decades, and the U.S. had taken a position that was not palatable to Turkey. Feelings were running high, and the fact that we were American did not help the white volunteers. The Turkish people got angry with them because of the situation in Cyprus and the position that the U.S. had taken, which the Turks interpreted as being pro-Greek.

Even so, the Turks opened their hearts to us, on an individual level. When you take the institutions or nationalities out of it, and on a people-to-people level, Peace Corps worked because of the humanity of people.

Martin Luther King was assassinated when I was in law school. Nobody in the law school said one word, and some of them were gleeful.

Porter: Tell me about when you came back to the United States, and you already knew you wanted to be a lawyer. How did being in the Peace Corps and what you learned in Turkey help you when you became a lawyer, and eventually in your longtime role as president at the NAACP Legal Defense Fund?

Jones: I took the LSAT in Turkey. I was admitted to two law schools to which I applied. One was Howard and the other was the University of Virginia. When I came back from the Peace Corps, I decided that I had been to Howard, and it had been a rich experience. I learned a great deal. But I needed to do something different. It’s always easy to go to what’s comfortable. And the Mecca was comfortable. And I said, “Elaine, just like you went into Peace Corps, let’s do something different.” I showed up in Charlottesville in mid-August, and I didn’t know I would be the first African American woman to come through that law school. But I learned it fast though. I had learned diplomacy in the Peace Corps. And like Thurgood Marshall always said about the cases, “Lose your temper, lose your case.”

When I left law school, I had a job offer with President Nixon’s law firm on Wall Street — Nixon, Mudge, Rose, Guthrie & Alexander. And he was president at the time when I graduated, which was in 1970. But then I thought about it and told myself, “You didn’t go to law school to go to Wall Street. You went to law school because of the work of Constance Baker Motley and Thurgood Marshall and all those lawyers who litigated all those landmark cases.” My dean sent me to his friend in New York, Jack Greenberg, and Jack hired me on the spot.

The Peace Corps also helped me in Charlottesville. That, too, was alien territory. I had to apply the lessons of patience I learned. For example, try not to get an ulcer but keep your anger to yourself, and also try to give people the benefit of the doubt when there’s some benefit there to give them. Martin Luther King was assassinated when I was in law school. Nobody in the law school said one word, and some of them were gleeful.

Porter: What are your thoughts on the next chapter of Peace Corps — and what we should do to enhance diversity, equity, and inclusion?

Jones: The Peace Corps is a good idea. It only works, though, if our hosts fully embrace us. In other words, if our hosts give us the benefit of the doubt. It shouldn’t be what we want; they have to want us, as well. It’s very difficult to plop anybody down in a different culture and not have somebody in that culture that they can relate to, who looks like them. It’s also important that we have the right attitude, that we understand that it’s a partnership, and that we have things we want to give. But in order to give they have to be received.

Peace Corps has to have someone who really believes in its mission, who will be an advocate, have presence among her or his colleagues and influence within the administration.

Porter: What advice do you have for anybody who’s thinking about joining the Peace Corps, especially in light of the new administration coming into office?

Jones: Peace Corps has to have someone who really believes in its mission, who will be an advocate, have presence among her or his colleagues and influence within the administration toward the funding in a budget.

I think the heart of the Peace Corps is two things: the relationship in choosing carefully the nations that we’re going to; and the outlook and disposition of the putative Volunteers. How they view the world is very important. We cannot have people who anger quickly, jump to conclusions, or who are judgmental. Volunteers should also believe in the mission. If someone has had some positive experiences or negative experiences with the host country, they should have the ability to talk it through diplomatically.