‘You probably shouldn’t tell anyone about being Indian; people can’t tell by looking at you.’ 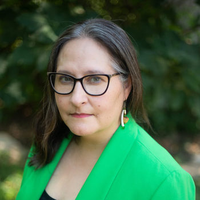 An excerpt from An Indian Among los Indígenas

Bolivians told me all the time that they were proud of their Incan ancestors, and the kids often bragged that Kantuta meant Sacred Flower of the Incas in Quechua. Yet they knew what many people, especially the wealthier, whiter population of Bolivia, thought about los Indios. Few wanted to be seen as an Indian. For a young woman like Ximenita, living in a town for the first time in her life without family nearby, being seen as a cholita made it that much harder for her to succeed. Maybe she didn’t want to be a cook’s helper for the rest of her life.

“What do you think I should do?” Ximenita looked straight at me. All I could think was, This is not right. The choice she faced symbolized why cultures disappear, why languages get lost, why my grandmother told my mother not to braid her hair in high school because it made her look too Indian. I thought Ximenita should stay a cholita, but it wasn’t my place to say. It was easy for me to think my friend should wear a pollera when I didn’t have to walk through the world as a cholita. And I understood why she wanted to tuck away her indigenous identity, despite being proud of it, in order to survive. Maybe she wouldn’t put it in those terms, but that’s what seemed to be happening. The feminist in me wanted her to be able to do whatever she wanted.

“You know, I’m an Indian, like you,” I said. They all laughed. “You’re not an Indian. Maybe a little Indigena, but not an Indian,” Teresa said.

“You know, I’m an Indian, like you,” I said. They all laughed. “You’re not an Indian. Maybe a little Indigena, but not an Indian,” Teresa said. I was a bit crushed by this comment, seeing as connecting with Native people was my reason for being there. When I asked them what the word Indio meant to them, they described loincloth-clad savages who lived in the jungles along the border with Brazil.

“And you probably shouldn’t tell anyone about being Indian; people can’t tell by looking at you,” Florencia suggested.

Excerpt from An Indian Among los Indígenas by Ursula Pike. Reprinted with permission from Heyday Books, © 2021 Ursula Pike.