Why Peace Corps is More Important than Ever 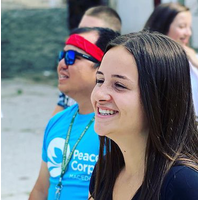 Lessons learned from the pandemic and global evacuation. And answers from a country director who found himself asking: Why is Peace Corps really necessary?

I wanted to be a Peace Corps Country Director for some obvious reasons. I had a fond memory of my own volunteer experience and a desire to see a wider part of the world and experience it with my family. I wanted to work with Americans of all backgrounds and support them in their service, and to be around committed local staff and partners who see the benefit of having a volunteer in their community and cultivating strong relationships. We wanted to serve overseas for a few years and then come back home and continue to serve in other ways. I didn’t want to wait for “retirement” to be a country director. I wouldn’t be able to relate, I thought. And I might be too late.

And that’s the other reason I became a country director: I wasn’t sure Peace Corps was going to be around much longer. The world has become globalized, many people are being lifted out of poverty, rapid communications technologies have shrunk the time and space of relationships, and the United States’ standing in the world is arguably in question. Maybe Peace Corps had run its course. Maybe the goals and vision were not relevant anymore.

Maybe Peace Corps had run its course. Maybe the goals and vision were not relevant anymore.

In March, we evacuated 103 Volunteers from North Macedonia as part of the global evacuation that sent home almost 7,500 Volunteers from all 61 Peace Corps countries. They flew out on the last commercial flight to leave Skopje. After tearful goodbyes, the staff and I returned to our Skopje homes and our new telework reality, forced curfews, masks, and social distancing. The stark existential questioning began for real. How could we support Volunteers coming back in this scenario? Would anyone want them back? Were my thoughts of Peace Corps’ demise prophetic for reasons I never would have thought — but clearly are related to a changing world?

In September, I left Peace Corps as I had planned back in January. We are now home and going through our own readjustment. With some daylight between the evacuation and now, I have reflected on the fact that the global pandemic has shed light on reasons why Peace Corps is more relevant than ever, and in fact, may give it a new breath of life. Here are some thoughts of what Peace Corps brings to us and to the world.

A lot has been said about Volunteers’ ability to bounce back and be resilient. Whether this is taught in trainings or reinforced during service or is just a part of a person’s DNA is still up for debate. Regardless of how it manifests itself, resilience is closely related to being able to deal with uncertainty. Uncertainty stems from taking something for granted and then one day realizing its gone or changed or fragile. Some people experience more uncertainty in their lives than others and learn how to move past it.

But what of the countries and communities in which the Volunteers serve? Many of the countries where Peace Corps Volunteers serve have gone through epic periods of uncertainty and upheaval, maybe through natural disasters, conflict and political instability, or wholesale changes in systems and the way society is organized. While they may not like uncertainty, these communities live it everyday.

The United States is built on a narrative of predictability in our everyday life. Speaking in general terms, we expect services to run, the trash to be picked up, the trains to run on time, due process to afford justice and equitable treatment under the law. Schools to open on time. Minimum healthcare to be provided.

The Volunteers have learned in part from their communities abroad how to handle uncertainty. They come home and begin new lives, seeking jobs, volunteering in their communities and looking at grad school opportunities. The first time the bus doesn’t arrive on time or your doctor isn’t available for a call may not be as devastating to a Returned Peace Corps Volunteer as others. This is what every generation of returned Volunteers go through. This is not just resilience; this is a learned ability to be comfortable with uncertainty. One that comes with living it every day in service and drawing on the experience of their host country.

Peace Corps is a learning organization arranged around continual training for Volunteers in technical, cultural, and language capabilities. North Macedonia, like many posts, has embarked on a 27-month continuum for learning predating arrival in country. The intercultural, diversity, equity and inclusion (ICDEI) portion of the training has expanded tremendously in the last few years. I’ve reflected on what would be a metric of success for these ICDEI trainings. What if Volunteers emerged from service more self-aware and empathetic? Would they be better listeners? These are critical traits in the success of leadership. How would this impact their lives and the lives of others they would come into contact with in the future?

Humility and the End of U.S. Exceptionalism

Peace Corps is predicated on three goals, the first one being of extending help overseas in technical areas to countries that request it. As the pandemic has shown, United States leadership in response to the global crisis is less than what the world expected. Peace Corps, and development by extension, is founded on a notion of exceptionalism.

As the pandemic has shown, United States leadership in response to the global crisis is less than what the world expected.

Many of our Volunteers reported their Macedonian counterparts expressed deep concern for their return home and how the U.S. was facing COVID-19. There is a humility check and balance system inherent in the second and third Peace Corps goals, which creates the longstanding people to people bonds that make the agency so unique. It establishes parity between the community and the Volunteer.

COVID has laid bare how the first goal can be reciprocal, learning from cultures which are historically rich and diverse. As the world grows closer and is linked by pandemics and other negative and beneficial effects of globalization, the time for reciprocity in development is ripe. Humility is the way to achieve that. Humility allows you to learn from others and be open to new ideas.

I believe Peace Corps, at its core, is about national security, for our country and for the world. Not everyone agrees with this premise, including those who founded the agency almost 60 years ago. Volunteers showcase sincere values which represent the core of American life. The evacuated Volunteers from North Macedonia anecdotally spent thousands of hours speaking, chatting, zooming with their friends, families, students, and counterparts in the past seven months. I still chat with my students from 25 years ago in the Kyrgyz Republic. A large portion of the 800 Volunteers who served in North Macedonia periodically return to visit and stay in touch — and effectively become bi-cultural.

Some 230,000 Returned Peace Corps Volunteers may have similar long-lasting relationships. Peace Corps plays the long game. How can this be measured in terms of bringing our countries together? How do these relationships help in times of uncertainty and upheaval? 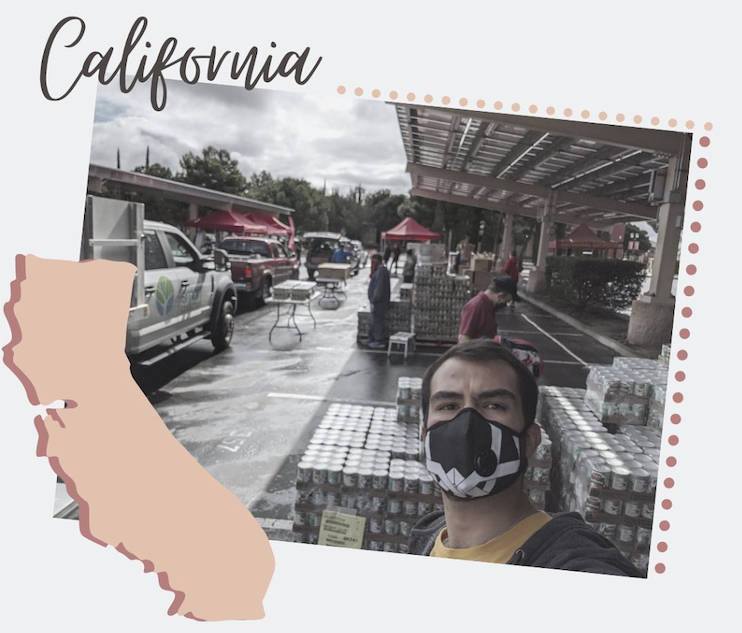 Volunteers evacuated from North Macedonia set out to help communities in the U.S. amid the pandemic, founding Returned Peace Corps Volunteers Serving at Home

I've also seen how the reaction to the pandemic era is leading Peace Corps to re-orient itself into a university model based on the very people to people model it has perfected in the field. Recruitment needs to be direct and intentional, directed at specific groups, colleges, associations, and targeting the diversity of America. Posts should be allowed to recruit into pockets of America directly where they think people will want to come to their country.

Peace Corps can follow up personally with someone who visits their website or social media posting and forge relationships. Peace Corps training doesn’t need to start with entry into the country; once someone applies and commits you are part of the new class already honing skills in self-awareness, empathy, humility, and coping with uncertainty. For those who enter service, they are supported through a two-year curriculum in language, culture, and technical skills. Afterwards, they are naturally connected to their peers and friends in country – but also with a Peace Corps alumni system that offers Coverdell Fellowships for life, response corps opportunities, and that encourages RPCVs to continually remain in contact with their host country. From the U.S., which arguably still maintains the finest higher education system in the world, the Peace Corps university ecosystem builds a post-graduate entry into a life of service leadership in whatever career a returned Volunteer pursues.

Imagine a cohort of future leaders versed in self-awareness, humility, and empathy. Imagine those leaders being comfortable with uncertainty and willing to take on intelligent risks.

COVID’s black swan moment has opened up ways to change and push forward the idea that is Peace Corps, not fold it up. Imagine a cohort of future leaders versed in self-awareness, humility, and empathy. Imagine those leaders being comfortable with uncertainty and willing to take on intelligent risks. Imagine people in all walks of life poised to address inequities who are open to listening and learning from experiences unlike their own.

It should not be a question of whether the end goal of Peace Corps is still worthwhile. It was a “towering” task to begin with. It’s a matter of being honest with ourselves and seeing plainly how we and the world all benefit by maintaining Peace Corps as an educational, lived experience — and as a learning institution, changing to meet the moment. I’m more confident today that Peace Corps will endure and evolve than I was seven months ago — or even five years ago when I applied to be a Country Director. All the signals are in place to make this work, to reflect on what we have done, and learn from our shared experiences.

Mark Hannafin served as Peace Corps Country Director in North Macedonia from February 2016 to September 2020. He was part of the first group of Peace Corps Volunteers to serve in Kyrgyzstan, 1993–95. The opinions in this piece are his own and do not reflect Peace Corps policy.

READ MORE: How Volunteers evacuated from North Macedonia in March 2020 because of the pandemic came home to start Returned Peace Corps Volunteers Serving at Home — to help their communities in the United States in time of crisis.