What is Africa to Me? 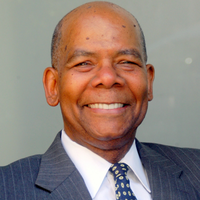 I was a secondary school math teacher in Peace Corps Gambia from 1970-1972. I grew up in Harlem, came of age during the Civil Rights Movement, and was a black student leader at Swarthmore College in the late 1960s. Like many young blacks of that generation, I wore an afro and dashiki and was “black and proud” and fascinated with Africa. I joined Peace Corps Gambia seeking my own answer to the question “What is Africa to me?” posed by Harlem Renaissance poet Countee Cullen in his 1925 Heritage.

I was the first African-American PCV in country and was liked and respected by both the Gambians and the Peace Corps community.  I was the “Senior Maths Master” (math department chairman) at Latrikunda Secondary School and the Treasurer of the Gambia Mathematical Association and the Peace Corps Math Curriculum Development Coordinator, acting as liaison to the Gambian Education Department for the hosting of math curriculum workshops throughout the country.  I was also a member of the Peace Corps basketball team.

I came to Africa looking for my own answer to the question, “What is Africa to me?”  But as a black American math teacher in Peace Corps Gambia I concluded that a related question was also relevant, “What am I to Africa?” How?  At Latrikunda School, besides the cost of school uniforms, students also had to pay school fees to get textbooks on loan. One day I asked a schoolboy for the answer to a specific math homework problem and got a startling response:  “Teacha, I did not do the homework because I don’t have the math book.” “And why don’t you have the math book?” I asked. With youthful innocence, the schoolboy answered, “Teacha, I don’t have the math book because my father is a poor Gambian farmer.”  I quickly stopped asking the schoolboys why they didn’t have their math books, for the response became too painful to bear. 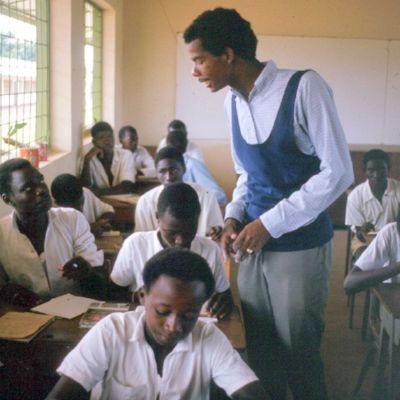 Because so many Latrikunda schoolboys had fathers who were “poor Gambian farmers,” I was drawn to African economic development.  Could I, as an African-American, do anything about the situation? I concluded that getting an MBA from Stanford Business School would allow me to apply my math background in a wider economic development arena.  I’d seen Africa from the bottom up as a PCV and a math teacher. Next time, I wanted to see Africa as a businessman.

In 1974 with Stanford MBA in hand, I embarked on a career in commercial banking with Chase Manhattan Bank in New York and London, and later with Citicorp in San Francisco and Los Angeles.

During the last fifteen years of my banking career, I was an entrepreneurial founding father of the California Economic Development Lending Initiative (CEDLI).  In this capacity, I advised and helped over 200 entrepreneurs finance and build small- and medium-size businesses throughout California.

Yet I yearned to “go back to Africa.”  And I finally did so in July 2011, right after I retired from CEDLI and three years after the death of my wife of thirty-four years, Deidria Martin Etheridge, who passed away from a sudden stroke.  As a widower father, I took my three adult children and four-year-old granddaughter on a family pilgrimage back to Gambia, some forty years after my Peace Corps service.

I chronicled this Etheridge family pilgrimage in an article (“What is Africa to me?”) for my Swarthmore College alumni magazine.  For this Swarthmore article, I won the 2012 Lowell Thomas Award from The Society of American Travel Writers Foundation for the year’s “Best Special-Purpose Travel Article.”

While my family’s Gambia pilgrimage and my Lowell Thomas Award were obviously extremely gratifying, nevertheless, my dream remained unfulfilled of seeing Africa again as a businessman.  But then along came the Stanford Institute for Innovation in Developing Economies (SEED).

From June 2013 to March  2014, I was one of the first five pioneer Stanford alumni volunteer business coaches in SEED, mentoring six high potential West African small businesses—four from Ghana, one from Nigeria, and one from Sierra Leone. 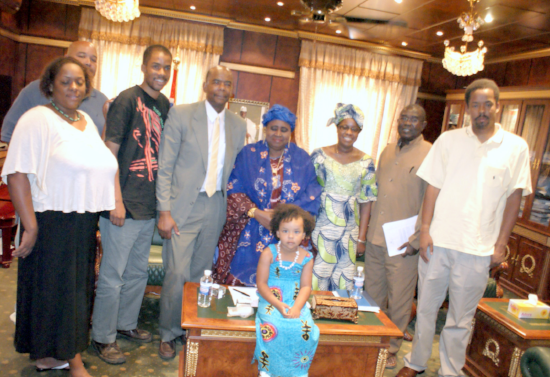 In retirement, I am expanding my award-winning article into a book-length memoir.  In the memoir, I’m exploring what I learned through these three significant engagements with Africa over more than four decades as a child of Harlem and the Civil Rights Movement in The Motherland.

I started out asking the question, “What is Africa to me?” based on the Countee Cullen 1925 Harlem Renaissance poem. Then I asked the question, “What am I to Africa?” when that Latrikunda schoolboy told me he didn’t have the math book to do the homework with because his father was “a poor Gambian farmer.”  Then, as a Stanford SEED business coach, I came to the conclusion that, moving forward, an important question will be “What is Africa to the world?”

The Peace Corps ignited my curiosity about Africa and I am still finding answers to this day.

Clinton Etheridge was the first African-American PCV in Gambia, West Africa, from 1970-1972.  After Gambia, Clinton earned an MBA from Stanford Business School and embarked on a career in commercial banking with the hope and dream of going back to Africa as a businessman.  But it wasn’t until four decades after his Peace Corps service that Clinton finally returned to Africa as a businessman, as a Stanford business coach for six West African customers—four from Ghana, one from Nigeria, and one from Sierra Leone.