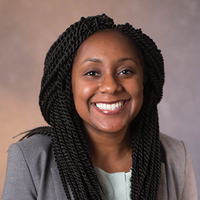 “We are at a particular time in America, and the world is watching us,” Gina Abercrombie- Winstanley said after being appointed by Secretary of State Antony Blinken to her new role. That would be the first-ever chief diversity and inclusion officer for the State Department. 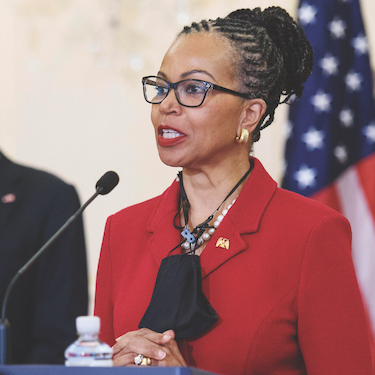 First Chief Diversity and Inclusion Officer for the State Department

A new post and a new leader for a decades-old problem: Ambassador Gina Abercrombie-Winstanley was appointed in April as the first-ever chief diversity and inclusion officer for the State Department. She is tasked with leading efforts to ensure that we nurture a diplomatic corps that truly represents this country — and looks like this country — and sheds once and for all the cliche of “pale, male, and Yale.”

This is not the first time that Abercrombie-Winstanley has led the way — and been tested. After serving with the Peace Corps in Oman, she went on to become the first woman to lead a diplomatic mission in Saudi Arabia; she was serving as consul general in Jeddah in 2004 when a suicide bomber detonated a bomb near the consulate, killing nine.

She advised U.S. Cyber Command on diplomatic priorities, and she served as U.S. ambassador to Malta. In December 2020 she gave the keynote address for Peace Corps’ Franklin Williams Awards ceremony. “We are the messengers of what Peace Corps is and can be,” she said, recounting both the opportunities she helped create and the resistance she faced as a Black woman serving in the Peace Corps and in the U.S. Foreign Service.  Read more: bit.ly/we-are-peace-corps 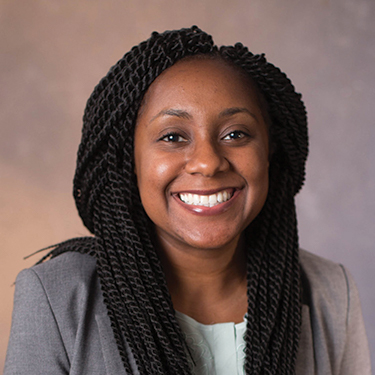 Appointed in January, Jones is the first Black woman to serve as chief economist for the Labor Department. Her top goals: create jobs, address inequality — like the fact that the unemployment rate for Black individuals is often double that of whites — and pursue economic recovery that truly benefits everyone. One way to do that is, she says, to pursue economic policies fueled by the sensibility of “Black Women Best” — that is, those that focus on pulling Black women out of recession and into prosperity, because that will mean we’re building an economy that benefits everyone.

Previously, Jones served as an economic analyst at the Economic Policy Institute. Her research has been cited in The Washington Post, The New Yorker, The Economist, Harper’s, and The Review of Black Political Economy. She holds degrees from Spelman College and Illinois State University.

As a Peace Corps Volunteer she worked on small business development; she also served as an AmeriCorps VISTA volunteer in Sacramento with a grassroots nonprofit focused on community health. 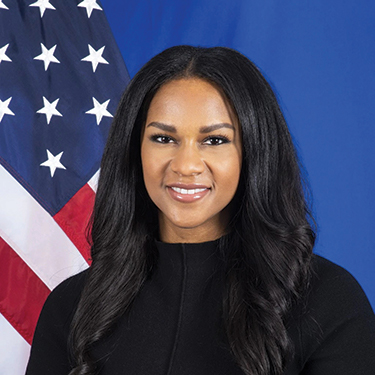 Appointed in January 2021 to serve as deputy spokesperson for the U.S. State Department, Porter is the first Black woman in history to serve in that role. She was formerly communications director for Congressman Cedric Richmond (D-LA), who was appointed a senior advisor to the Biden administration.

Porter is also a term member of the Council on Foreign Relations and a 2020 recipient of Peace Corps’ Franklin Williams Award. In her work as a strategic communications advisor, she has focused on peace and security, and diversity, equity, and inclusion. Throughout her career, she has advised and trained over 3,000 public and foreign policy professionals, veterans, artists, athletes, politicians, and leading corporate executives. She was named a 2018 top 35 Black American National Security and Foreign Policy Next Generation Leader by New America and a 2019 Foreign Policy Influencer by the Women’s Foreign Policy Group.

She is a member of the inaugural cohort of NPCA's “40 under 40” and previously served on the board of the Returned Peace Corps Volunteers of Washington, D.C. as development director. Immediatly prior to her new post, she also served on the advisory council for the community-driven report “Peace Corps Connect to the Future.” She is a proud graduate of Howard University, where she received her bachelor’s degree, and Georgetown University, where she earned her master’s. A former professional dancer, Porter is passionate about the arts, living with intention, and unique storytelling through movement and writing.