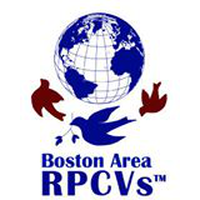 We’re used to reading or watching news stories about members of the Peace Corps community. But the article that appeared in March, 2015 in the Boston Globe was not one of continued service, going back to one’s Peace Corps country. The feature story – Boston’s Homeless Rely on Each Other to Survive Record Winter – included an interview with Shawn Grady, a Mali Returned Peace Corps Volunteer (RPCV) who had fallen on hard times and found himself living in community shelters during one of the region’s severest winters on record.

The story was noticed by members of the Boston Area RPCVs (BARPCV), whose leadership reached out to connect with Shawn. Group leaders who met initially with Shawn described him as a kind, positive individual, who had struggled with readjusting back home. Part of that was due to a serious head injury he sustained during a motorcycle accident during Peace Corps service, which contributed to his present-day challenges.

The story was also picked up by the group Health Justice for Peace Corps Volunteers, which along with the Boston group reached out to provide support and guidance to Shawn in his efforts to apply for assistance at both the national and state level.

And, it attracted the attention of the NPCA, whose President, Glenn Blumhorst, met with Shawn this past April during a visit with members of the Boston Peace Corps community.

"It was a real pleasure to spend an afternoon meeting Shawn, learning about his Peace Corps experience and gaining more perspective into how the Peace Corps community might be able to provide assistance to him and others in similar predicaments."

There have been some steps forward for Shawn. A caseworker from the homeless shelter who was working with Shawn helped him secure disability funding through the state of Massachusetts and also helped him find an apartment. BARPCV provided Shawn with a grant to cover the security deposit.  Along with the grant, “BARPCV lent him our support in the form of friendship and encouragement,” said Christina Donnelly, who is among those members of the group who get together with Shawn from time to time. “With our assistance, Shawn was able to make a smooth transition from shelter back to living in his own place.”

NPCA has invited Shawn to be with us at Peace Corps Connect, and participate in a Friday afternoon session devoted to building a stronger support network for members of our community facing difficult times, from homelessness, to health care and beyond.

“RPCVs in need can be found across the country,” said Blumhorst. “While there are already some great individual examples of RPCVs reaching out to assist a fellow alumni in need, we want to strengthen and expand this network so we can be more pro-active in our community response. We look forward to our Peace Corps Connect session serving as the next step in that development.”