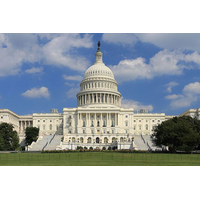 On the five-year anniversary of the death of Nick Castle, a Peace Corps Volunteer who served in China, legislation named in his memory took a step closer to passage in the United States Senate.

"I am always inspired by young people, like Nick Castle, who dedicate themselves to making a difference early in life," said Bob Corker (R-TN), chairman of the Foreign Relations Committee in a press release following the vote. "Nick exemplified the extraordinary commitment of Peace Corps volunteers who devote 2 - 3 years in service to our country. They deserve the very best support we can provide...As this bill advances to the full Senate, I am encouraged by the strong bipartisan support for our efforts to strengthen the Peace Corps and honor Nick Castle's memory."

NPCA is supporting both versions of this legislation, urging the Senate and House to pass their bills and come together to approve the strongest final bill possible.

Senate and House safety/health legislation will be part of NPCA's National Days of Action in March, which will kick off on March 1 with the Capitol Hill Day of Action.