Reflections on 2022 and the year ahead 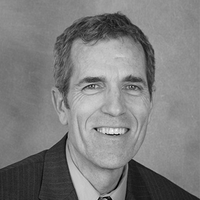 Reflections on 2022 and the year ahead

In the past year, the advocacy team scored two important wins: confirmation of Carol Spahn as Peace Corps Director and the first increase in funding of the Peace Corps in several years.  The bipartisan Peace Corps Reauthorization Bill was, unfortunately, stopped at the last minute by Senator Rand Paul, but we will continue to work on this in 2023.  WorldView magazine continues to gain awards.  Affiliate groups have been strengthened with the support of staff and our new Affiliate Group Representative to the Board of Directors.

Staff continued to perform in spite of a difficult leadership transition.  The previous Board lost confidence in the ability of the Board and CEO Glenn Blumhorst to work together and wanted to move in a new direction.  While I was not on the Board at the time, in my view, the process of Glenn’s separation by the previous Board was flawed. But it must be made clear that Glenn’s mutually agreed upon separation was not due to any illegal activity, violation of NPCA’s ethics standards or any inappropriate behavior that required disciplinary action.  Utilizing legal standards and the stricter NPCA policy, a thorough and independent investigation had already exonerated him of previous allegations against him.

Glenn led the organization through an historic transformation, guiding the organization from a struggling alumni association to dynamic community-driven social impact enterprise. Glenn restored and strengthened NPCA's financial health by adopting a new business model, quadrupling total annual revenues, tripling our staff, and exponentially increasing member engagement in NPCA's mission. We are pleased that Glenn continues to work with the Peace Corps community as the lead fundraiser for the Peace Corps Commemorative Foundation.

On September 6, 2022, I was elected as the new Board Chair, just after Dan Baker was named Interim President and CEO. Dan was already on NPCA staff, and he was seen by the Board as the best leader at this time.  Since then, he has impressed the Board and staff with his leadership. Ten of the fifteen board members are new, which gives us a fresh start.  A first step has been to reform our Board Governance to avoid any problems of the past.  We have already developed a new procedure for timely evaluation of the CEO in a collaborative manner.  We are committed to Diversity, Equity and Inclusion, as we recruit new Board Directors. We are also clarifying the role of Directors and the Board’s relationship with the CEO and staff.

On the financial side we are providing transparent information to our donors.  While donations were lower during the pandemic, the donations dropped precipitously after the June leadership change.  The Board and staff set an ambitious $300,000 fundraising goal for the final quarter of the year to stabilize our finances.  I am happy to report that we, especially the staff communications and fundraising team, surpassed our goal and raised over $320,000. This support by our community will allow us in 2023 to continue our core mission of protecting the Peace Corps and supporting RPCVs for social action.  Thank you all for your generous support.