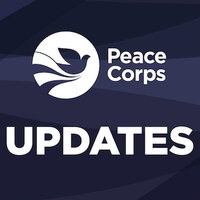 The council reviewed recommendations from the past five years. And they have staked out the need to create tools, systems, processes, and positions. It’s an outline for work ahead and lays out timetables for actions that need to be taken.

By Rachel Edwards and Jonathan Pearson

On November 10 the Peace Corps agency released a report prepared by the Peace Corps’ Sexual Assault Advisory Council. Half a year in the making, the report tackles an issue that made headlines this past spring and caught the attention of members of Congress.

The report was requested by Peace Corps Acting Director Carol Spahn and presented to the agency in mid-October. It offers a sweeping review of recommendations made by the council and actions undertaken by the Peace Corps over the past five years. And it stakes out a need to create tools, systems, processes, and positions within the agency.

The catalyst for the report, as the council noted in presenting it, was an in-depth investigative story published by USA Today in April 2021, “Sexual Assault in Peace Corps: Volunteers Betrayed by Agency Failures,” which chronicled how the agency failed to address sexual violence against Peace Corps Volunteers serving around the world.

The 11-member council also noted that the agency had not waited for receipt of the report before taking action on problems raised in the investigative article. In presenting the report, the council wrote that it “commends Peace Corps’ work across these key areas in the six months since the publication of the USA Today article, and is hopeful that this work will continue, to create a supportive, safe, transparent environment that meets Volunteers’ needs and expectations as Peace Corps country programs re-open.”

This is “a time when we are called to help tackle an issue that is all too pervasive — both here in the United States and around the world.”

In a press release accompanying the public release of the report, Acting Director Spahn said, “The Peace Corps is committed to being part of the solution and we stand ready to make the necessary changes and investments to improve our systems, ensure our structures support long-term progress, and maintain transparency in the process.” Spahn also noted that this is “a time when we are called to help tackle an issue that is all too pervasive — both here in the United States and around the world.”

The release enumerated a raft of actions undertaken by the Peace Corps in recent months to address sexual assault. Read more on those below. First, here’s what’s in the report.

The recommendations were also organized into four categories within the agency:

A cultural shift. Training and reporting. Care and support.

“Peace Corps should hold all staff at all levels, including country directors and (headquarters) leadership, accountable for upholding the rules and regulations to prevent and respond to sexual assault.”
—Sexual Assault Advisory Council Report

While some of the recommendations are contingent upon the redeployment of Volunteers overseas, many can be worked on now. So the council includes a proposed timeline pegged to individual recommendations that, if followed, will yield significant progress in the next two years.

Accountability: Among its recommendations, the council says “Peace Corps should hold all staff at all levels, including country directors and (headquarters) leadership, accountable for upholding the rules and regulations to prevent and respond to sexual assault. Accountability also includes standardizing trainings and processes using global best practices and content while ensuring room for adaptation to country contexts.”

RPCV Engagement: The council recommends continued engagement with Returned Peace Corps Volunteers who have self-identified as having experienced sexual assault: “Peace Corps should co-design with RPCVs themselves a trauma-informed approach to engage these RPCVs in SARRR processes and communications. This must include making support available to these RPCVs to mitigate risk of retraumatization. Resources can include contact information for individuals RPCVs can talk to, hotline numbers, and links to vetted readings, videos, or other content RPCVs can access for information and to mitigate any trauma or re-experienced trauma that surfaces in the course of engaging with PC on SARRR work.”

Volunteer Site Selection: “Peace Corps should update the processes and train all staff on improved processes for site selection and site assignments to support volunteer safety. This includes policies that (1) ensure Volunteers are not placed in sites where any form of violence has been reported; (2) support volunteers who would like to return to service to have a site change (or remain at their site) and to honor their preference and support needs following disclosures of sexual abuse.”

Telehealth: The report recommends that the Peace Corps “contract with a reputable, secure, and reliable video platform to provide online/virtual therapy and medical follow up sessions with Peace Corps Medical Officers or other contracted trained therapists for Peace Corps Volunteers (PCVs) who have experienced sexual assault. This option would be available for any PCV where their access to technology will allow.”

The Ongoing Mission of the Sexual Assault Advisory Council

Peace Corps’ Sexual Assault Advisory Council was established in 2011 when Congress passed the Kate  Puzey Peace Corps Volunteer Protection Act. Under an amended version of the Peace Corps Reauthorization Act of 2021 (H.R. 1456), which passed on a strong bipartisan vote in the House Foreign Affairs Committee, the work of the advisory council would be extended from 2023 to 2025. Passage of that act — which also includes whistleblower protection for Volunteers — getting it signed into law is a top priority for National Peace Corps Association.

“NPCA will be here to play a critical role in making sure that changes are made … We are committed to holding Peace Corps accountable. This is Peace Corps’ inflection point. It must do better for Volunteers, and I believe that its leadership is committed to doing so.”
—Mary Owen Thomas, NPCA Board of Directors

For the leadership and members of National Peace Corps Association, it bears noting that the first pillar in the organization’s mission is helping Peace Corps be its best. “I applaud the work of the Sexual Assault Advisory Council and hope that this will be a roadmap for improving the safety and security of thousands of Volunteers that will soon return to field,” said Mary Owen-Thomas, a member of the NPCA Board of Directors who served as a Volunteer in the Philippines. “But there is tons of work to be done, and NPCA will be here to play a critical role in making sure that changes are made — beyond what is outlined in the SAAC report. NPCA’s advocacy will continue, and we are committed to holding Peace Corps accountable. This is Peace Corps’ inflection point. It must do better for Volunteers, and I believe that its leadership is committed to doing so.”

The Peace Corps’ Sexual Assault Advisory Council itself is made up of 11 individuals who are leaders in their respective fields — from work with the Johns Hopkins-related health nonprofit organization Jhpiego to the Centers for Disease Control and Prevention, from experts in prevention of gender-based violence to victim advocacy. Five council members are Returned Peace Corps Volunteers, including the chair, Elizabeth Arlotti-Parish (RPCV Guinea), senior technical advisor for gender with Jhpiego; Sarah Bristol (RPCV Ghana and Malawi), director of clinical programs for DC Forensic Nurse Examiners; Kimberly Castelin (RPCV Madagascar) senior service fellow with the Centers for Disease Control and Prevention; Megan Foster (RPCV Rwanda), prevention program coordinator for the Oregon Attorney General’s Sexual Assault Task Force; and Jennifer Hegle (RPCV Thailand), health scientist with the Centers for Disease Control and Prevention. Read more about council members at the end of the report.

What has Peace Corps done in recent months to address sexual assault?

As noted above, the Sexual Assault Advisory Council lauded the Peace Corps agency for undertaking a number of reforms since spring 2021. Those, the agency noted in a release, are “specific, systemic improvements to sexual-assault-related policies and procedures.” Among those, the agency reports, it has:

• Established a post-level case management process that instructs post staff to formally review, with an interdisciplinary team, every sexual assault case within two months of the case report.

• Incorporated the ongoing improvement of the SARRR program into the agency’s four-year strategic plan with a measurable, specific performance goal dedicated to enhancing the program.

• Closed sexual assault-related Peace Corps Office of Inspector General (OIG) recommendations,* including those listed in half a dozen OIG reports.

The release also noted that the Peace Corps has retained the services of external consultants to “examine the current structure of the SARRR program and to recommend the best staffing and organizational structure to move this work fundamentally forward.”

“There is — and will be — more work to be done,” notes Acting Director Spahn in the release. “We recognize our collective responsibility to help shift organizational, societal, and intercultural norms around sexual violence while creating systems that best support survivors.”

WATCH: “Peace Corps Safety and Security: A Decade of Legislation for Change” | A panel discussion from the Peace Corps Connect 2021 conference in September 2021.

READ: “Peace Corps Must Do Better” from April 2021. An in-depth work of investigative journalism has shone light on a horrific problem. There are steps we can take now. A statement from Maricarmen Smith-Martinez, Chair of the Board of Directors of National Peace Corps Association.