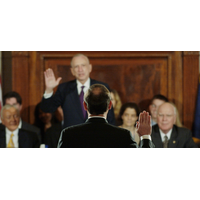 As the Peace Corps community awaits the nomination of the next Peace Corps Director, a handful of Trump administration appointments to the agency have begun their work at headquarters. 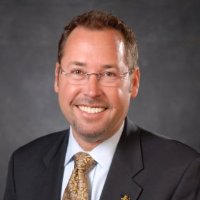 Most recently, he served as national director for Community Investments in the Office of Corporate Responsibility at Voya Financial.

Many who attended the Peace Corps Connect conference in Denver had the opportunity to meet and hear from Ashley Bell, pictured below, appointed back in July to serve as Peace Corps Associate Director for External Affairs. In his remarks, Bell spoke passionately about the nonprofit that he founded in his home state of Alabama to address criminal justice reform and mentor young at-risk students in his community. One of those young men once asked for support in getting into the Peace Corps. Since submitting that recommendation letter, and ultimately seeing his mentee thrive as a Volunteer, Bell says he has admired Peace Corps' grassroots community approach. 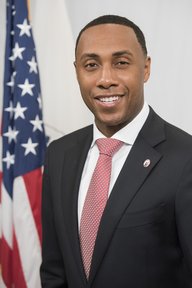 In his new role, he will oversee the offices of communications, strategic partnerships and intergovernmental affairs, gifts and grants management and government relations. Prior to Peace Corps, Bell served as a special advisor in the Public Affairs Bureau of the Department of State, where he developed strategy around the Secretary of State’s domestic engagement agenda.

Bell and Wheeler join Matthew McKinney, no picture available, the first appointee who is serving as Peace Corps’ White House liaison. McKinney has made his first trip abroad, visiting with Peace Corps Volunteers in Armenia and Georgia. Prior to his Peace Corps position, McKinney served as a Special Assistant to Maryland Governor Larry Hogan in the office of appointments.

Administration appointments continue to move at a slower pace. Eight years ago, Aaron Williams had been nominated as Peace Corps Director in early July and was on the job by late August.

Along with reaching out to Peace Corps’ new leadership, NPCA will continue to monitor, provide input and report on progress on the selection of a new director and other agency leadership.