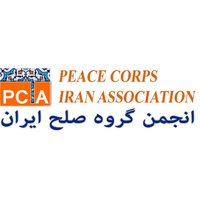 With the appointment of John Bolton to be National Security Advisor, this week’s confirmation hearing of Mike Pompeo to be the next Secretary of State, and a May 12th deadline approaching on President Trump’s decision to uphold or withdraw from a multi-lateral nuclear agreement, U.S. relations with Iran will be regularly in the news over the next several weeks.

Because of that, it comes as no surprise the Peace Corps Iran Association (PCIA) – an NPCA affiliate group – is urging Returned Peace Corps Volunteers and others to urge diplomacy over conflict.

As part of a resolution supporting the nuclear agreement that members agreed to at a conference last October 31st, PCIA noted they “strongly support diplomacy as the primary means for the United States and the international community to resolve issues of mutual interest with Iran and to prevent further military conflict in the region.”

As the Pompeo hearings and other actions that are concerning to PCIA approach, PCIA urges all like-minded members of the Peace Corps community - and others - to take a five minute action with their Senators urging diplomacy with Iran.

For more information, you are encouraged to visit the PCIA website.