How the May 1980 Democratic Uprising in South Korea Was Met with Brute Force: A First-Person Account 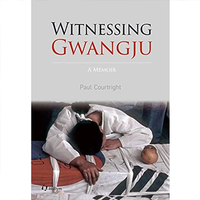 Paul Courtright arrived in South Korea in 1979 to serve as a Peace Corps Volunteer, based in a community near the southern tip of the Korean peninsula. He worked with patients afflicted with Hansen’s disease, also known as leprosy. On May 19, 1980, on his way through the bus terminal in the provincial capital of Gwangju, he saw a young man being beaten by military special forces.

A phone call to another Volunteer confirmed: “Something big” was going down in the city — part of a mass protest against the dictatorial regime. A couple of days later, Courtright rode his bicycle back to Gwangju; beside a rice paddy was a toppled bus, its side smeared with blood and pockmarked with bullet holes. It was collateral damage in an uprising that would involve a quarter million people and last for 10 days before being fully and finally put down with military force.

In Witnessing Gwangju, Courtright tells the story of the democratization movement and its suppression. As Kim Yong-hee noted in a review for the newspaper Hankyoreh, Courtright is the first non-Korean to offer a firsthand account of this watershed moment. For the project Courtright teamed up with award-winning Time magazine photographer Robin Moyer; the book includes previously unreleased photographs.

During the uprising, Courtright and other Volunteers were ordered to leave Gwangju. They did not, hoping that by bearing witness they might help discourage the worst excesses of riot police and paratroopers. Courtright did head for Seoul on May 26, hoping to tell U.S. diplomats what he saw happening on the ground. No one at the embassy would meet with him. 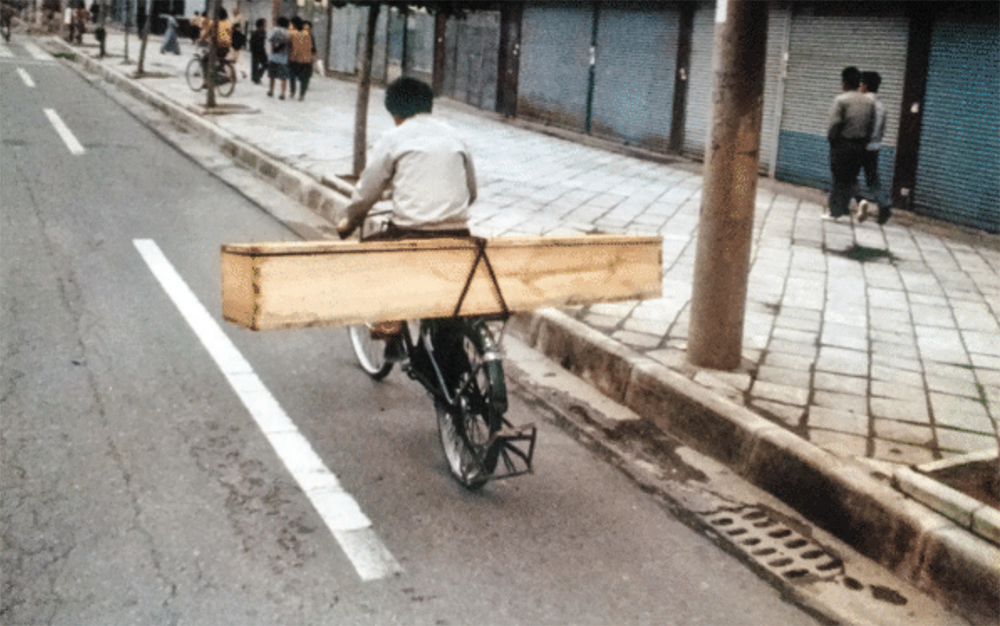 Gwangju, May 1980: As the democratic uprising is crushed, a man transports a coffin by bicycle. Photo by Robin Moyer

Official accounts say some 600 people were killed. Students who participated claimed the number was closer to 2,000. While the uprising was suppressed, democratic aspirations continued to simmer below the surface. Korea made the transition to direct presidential elections in 1993. Five years later, Kim Dae-jung, who was arrested and sentenced to death for his participation in the uprising, was elected president.

After Paul Courtright’s Peace Corps service, he earned degrees in public health, focusing on eye diseases and neglected tropical diseases. That took him to work in Egypt, Ethiopia, South Africa, and Tanzania, where he and his wife established the Kilimanjaro Centre for Community Ophthalmology. Four decades after Gwangju, Courtright has told that story, with editions of the book simultaneously released in Korean and English.