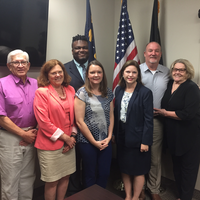 Last month, the House of Representatives voted 315 - 110 to reject an amendment introduced by Congressman Mark Walker (R-NC) that would have slashed more than $19 billion from our international assistance programs, including the complete elimination of funding for the Peace Corps in Fiscal Year 2020.

More than 9,000 members of National Peace Corps Association's advocacy network took action to turn back this ill-conceived amendment. However, there is still a lot of work to be done to educate the 110 members of Congress who voted in favor.

How Did Your Representative Vote? Find out here.

IF YOU LIVE IN A DISTRICT HIGHLIGHTED IN RED, WE NEED YOU TO GET INVOLVED 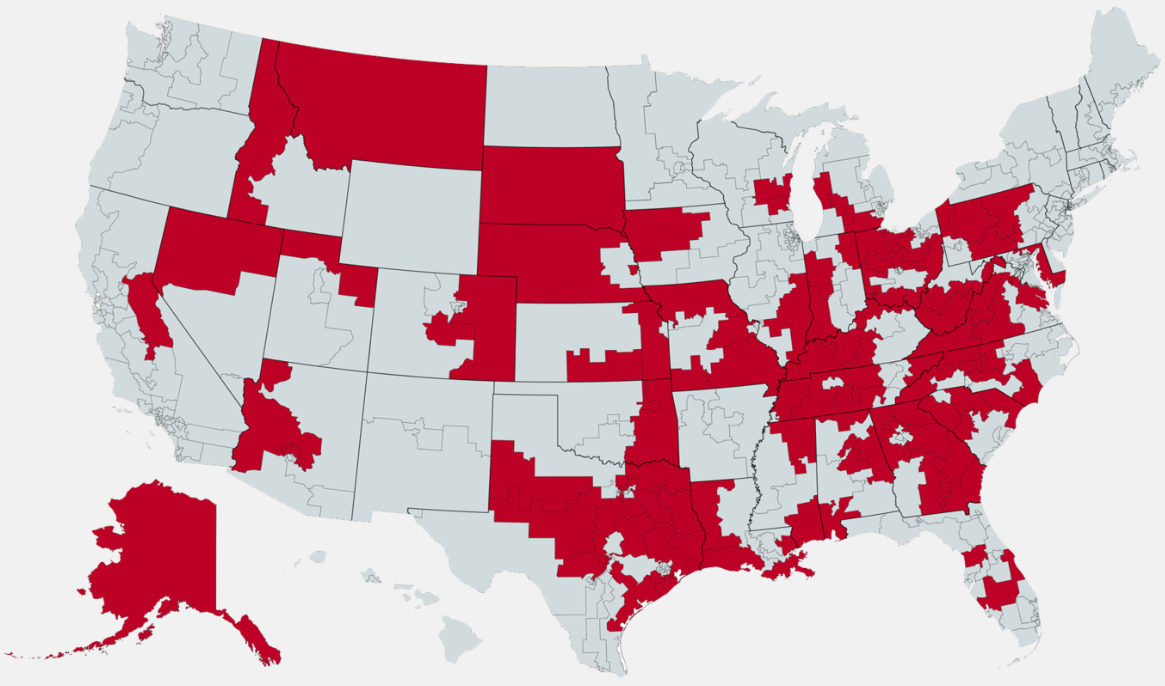 Last week, NPCA president Glenn Blumhorst traveled to Greensboro, North Carolina where he was joined by four RPCV constituents of Congressman Walker to meet with district office staff. The group expressed strong disappointment for the introduction of the amendment, which if passed, would have abruptly ended the service for 170 serving Peace Corps Volunteers from North Carolina, including 14 from the congressman's district. The group shared how their Peace Corps service benefits the district and the state, and how Peace Corps provides a strong return each year on our nation's $410 million annual investment.

While the vote on the amendment was rejected, it is important for you to engage and educate lawmakers on the critical importance to protect the Peace Corps.

Send A Letter to Your Representative

Contact us at advocacy@peacecorpsconnect.org and we will work with you to take additional action.