More Nonfiction from the Book Locker 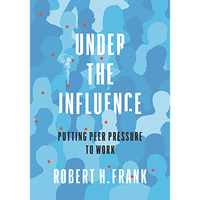 Robert H. Frank (Nepal 1966–68) is a pioneer and champion of behavioral economics, and in his many books, essays, and interviews he addresses moral sentiments, positional goods, expenditure cascades, the ever-widening income gap, the role of luck in our lives, and, most recently, the power of behavioral contagion. In Under the Influence, Frank tackles behavioral contagion, seeking to explain how to unlock the latent power of social context and harness it for good. Our environments encourage smoking, bullying, tax cheating, sexual predation, problem drinking, and wasteful energy use. But it doesn’t have to be that way.

In the wake of the hottest years on record, only robust measures to curb greenhouse gases promise relief from more frequent and intense storms, droughts, flooding, wildfires, and famines. Frank describes how the strongest predictor of our willingness to support climate-friendly policies, install solar panels, or buy an electric car is the number of people we know who have already done so. 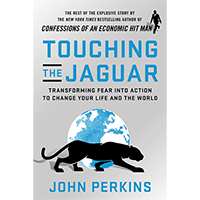 Transforming Fear into Action to Change Your Life and the World

Before John Perkins advised the World Bank, United Nations, Fortune 500 corporations, and governments, he served as a Peace Corps Volunteer (1968–71) in Ecuador. Many readers know him from his 2005 bestseller Confessions of an Economic Hit Man, a salacious exposé of transnational conspiracies to use international development to enrich the coffers of bit consulting and engineering firms while fueling global instability and latter-day colonialism. Touching the Jaguar updates some aspects of Confessions. But it takes its title from the story of how, as a Peace Corps Volunteer, Perkins’ life was saved by an Amazon shaman who taught him to “touch the jaguar” and transform his fears into positive action. And he reveals how shamanism converted him to a crusader for transforming a failing Death Economy (exploiting resources that are declining at accelerating rates) into a Life Economy (cleaning up pollution, recycling, and developing green technologies). 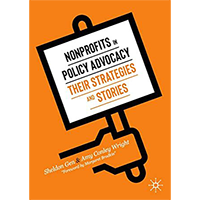 Their Strategies and Stories

This is a text designed for those working in nonprofit advocacy as well as studying it. Sheldon Gen (Kenya 1990–92) is an associate professor at San Francisco State University, where he focuses on public policy studies. A recipient of the 2020 Franklin Williams Award from the Peace Corps, Gen is the son of immigrants who fled China’s Communist revolution for California’s San Joaquin Valley. He was originally trained as an engineer and has worked with the EPA, the U.S. Air Force, and the Peace Corps.