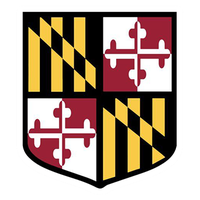 It’s a change long overdue. And advocacy from NPCA and dozens of returned Volunteers ensured support for bipartisan legislation signed into law in April.

Far too often, Returned Peace Corps Volunteers are left behind at the state government level when it comes to benefits that are afforded others for their service to our nation. In the state of Maryland, a bill was just signed into law to address one of those inequities: who qualifies for in-state tuition.

Marylanders seeking in-state tuition have to prove they have lived in the state for the past two years. Because returning Peace Corps Volunteers serve overseas, they have been found to be ineligible for the tuition benefit once they come home—because of the residency requirement. This is despite the fact that other forms of public service, including military service and AmeriCorps, have an exemption to this rule. Now RPCVs do, too.

In January of this year, NPCA President Glenn Blumhorst and former Peace Corps Director Jody Olsen appeared (virtually) at a public hearing before the Maryland State Senate’s Education Committee to testify on legislation for RPCVs to receive in-state tuition. One of NPCA’s goals was to have Peace Corps service treated on par with other forms of national service. Jody Olsen, who was on the faculty of the University of Maryland–Baltimore School of Social Work prior to becoming the 20th director of the Peace Corps, spoke to lawmakers about her personal experience as an educator in Maryland: “I watched the value that Returned Peace Corps Volunteers brought to their graduate education,” she said. “They offered so much in the classroom, they offered much with the faculty. In fact, faculty would tell me they are some of the strongest students they had in their master’s degree program.”

Along with verbal testimony, NPCA submitted written testimony that included comments and statements of support collected in a 24-hour period from more than 50 members of the Maryland Peace Corps community. And the news is good. The Maryland State House and Senate both passed their versions of the bill overwhelmingly, and Gov. Larry Hogan signed it into law the week of April 11.