Let’s Climb This Hill Together 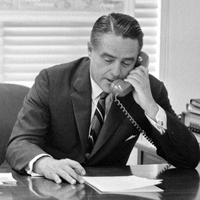 Over many years with National Peace Corps Association, I have navigated the corridors and rooms of Capitol Hill to attend meetings, drop off documents, or prepare event logistics. This includes countless visits to the venerable Russell Senate and Cannon House Office Buildings, constructed in the early 1900s. Walking the hallways in quiet moments at the close of a day, I’ll often reflect on the history of these buildings. On the granite staircases, one can literally feel the sunken impressions worn into the stone by millions of people who have climbed this same path over nearly 120 years. It sparks wonder and humility, thinking of all who have been here before — and the titanic issues that brought them, shaping our nation.

Sixty years ago, Sargent Shriver and Bill Moyers were part of that history. Their task: convince Congress to appropriate funds and formally establish the Peace Corps, created months earlier through an executive order issued by President John F. Kennedy. 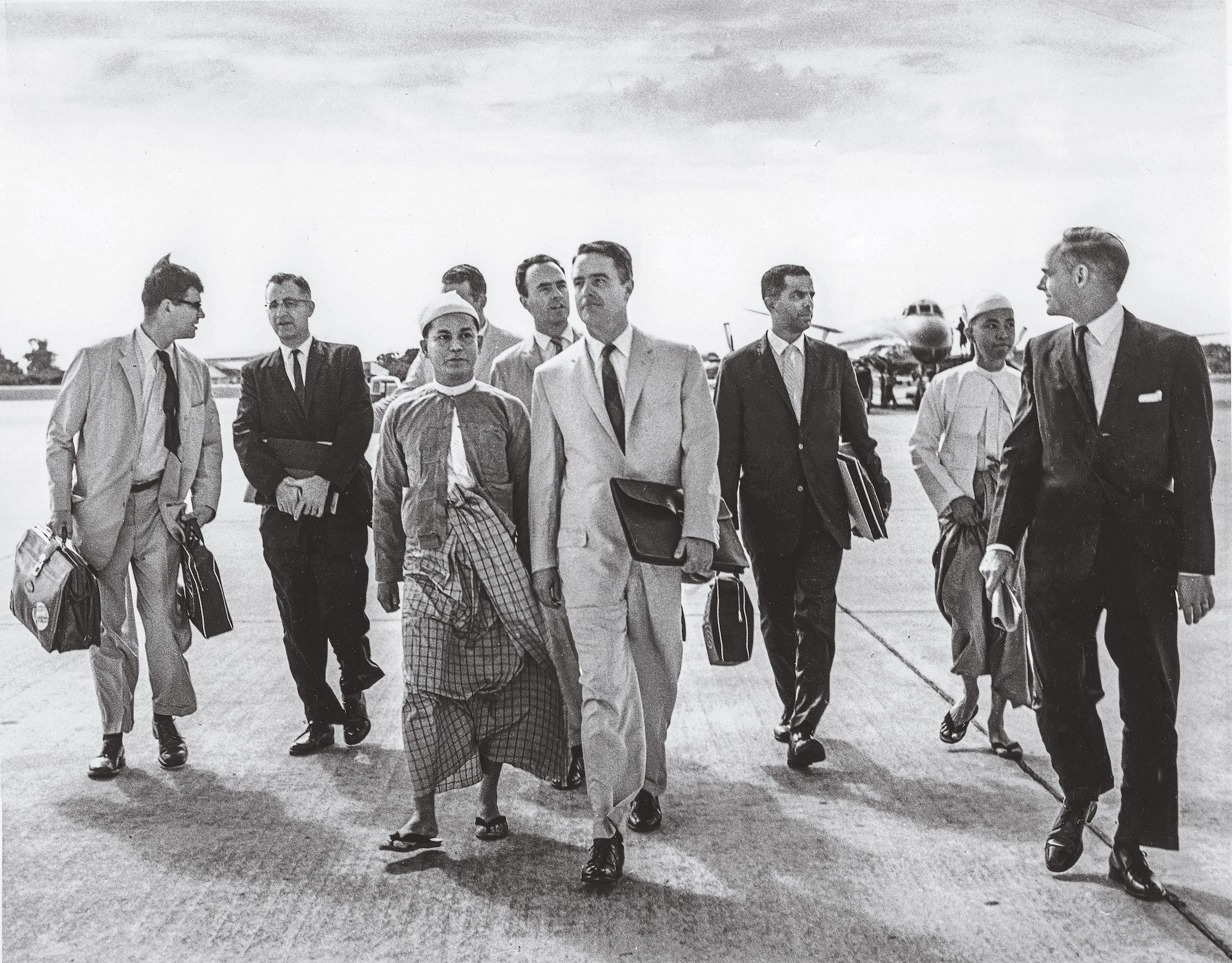 Today, the Peace Corps community must follow in the footsteps of these and many other predecessors. Just as in 1961, Peace Corps’ future is at stake in 2021. As we prepare for this journey, we are fortunate to have history as a guide, including excerpts from the quintessential biography Sarge by Scott Stossel.

Peace Corps legend has it that between them Moyers and Shriver personally called on every single member of Congress … Shriver and Moyers launched each day with a breakfast on Capitol Hill with several congressmen. Following breakfast they would wander the congressional office buildings, going from appointment to appointment, preaching the gospel of the Peace Corps.

The coronavirus pandemic, however, will momentarily prevent us from literally following in the footsteps of Shriver and Moyers. Yet it was not merely their physical presence but rather their relentless determination that ultimately carried the day for groundbreaking Peace Corps legislation. And with 21st-century tools at our disposal — email, smartphones, social media, laptops, Zoom conferences — we can and must be equally relentless from our living rooms and kitchen tables.

“One night I was leaving about seven-thirty and there was Shriver walking up and down the halls looking into the doors. He came in and talked to me. I still didn’t like the program but I was sold on Shriver—I voted for him.”

A key to success in advocacy is to build relationships with your lawmakers as a knowledgeable, credible voice for Peace Corps. Our 50 advocacy coordinators around the country and growing number of identified “grasstops” leaders who have direct connections to lawmakers are foundational to our advocacy mobilization. And we must continue to grow these groups across every region of the country.

One night, Shriver and Moyers were walking the halls and came upon the office of Barry Goldwater, the notoriously conservative senator from Arizona … Moyers told (Shriver) not to bother, that they had no chance of winning over Goldwater. Shriver recalls “I said, ‘Well I’m sure that we’re not going to get him if we never even ask him.’ So we rapped on the door and went in and fortuitously he was there and willing to talk to us. We talked for an hour at which he said, ‘That sounds like a great idea. I’ll vote for it.’”

I regularly remind advocates that meetings with less supportive lawmakers are the most important of all. Over time, such meetings have yielded numerous instances where personal outreach has resulted in an unexpected victory — or, at the very least, a neutralized opposition to the work Peace Corps does. Consider the summer of 2019, when more than 10,000 messages were sent to Congress in one week to successfully oppose a House amendment that included a one-year elimination of the Peace Corps appropriation. A year later, amid staggering unemployment, enormous economic stimulus efforts and skyrocketing deficits, amendments to the House appropriations bill included no proposed cuts to Peace Corps.

As August (1961) approached it became apparent that the biggest obstacle to (passing Peace Corps legislation) was not, for the moment, Republicans hostile to foreign assistance but rather the indifference of Arkansas senator William Fulbright, who chaired the all-important Foreign Relations Committee. Fulbright was a Democrat and for the most part friendly to the administration, but he was highly skeptical about the Peace Corps’ potential effectiveness.

Among both Democrats and Republicans on Capitol Hill, Peace Corps has many friends. Nearly 40 percent of Congress signed 2020 letters supporting strong Peace Corps funding. Nevertheless, we are entering a challenging period when many important domestic and international issues will be competing for congressional attention and support. In the 40 years since the first RPCVs began serving in Congress, 2021 will mark the low point with John Garamendi as the only serving RPCV. It is imperative that Peace Corps supporters in Congress increasingly become Peace Corps champions, placing successful redeployment high on their priority list. That said, the Peace Corps has its skeptics who will question parts of its mission. There are fiscal conservatives who will push back on Peace Corps funding. And we continue to live in an age of hyperpartisanship.

In March (1963) the New York Times columnist James Reston had written … “The Peace Corps … stands above the rest as the only thing new and vigorous that has managed to avoid the pessimism of intractable problems.”

Just as the Peace Corps was new and invigorating in the early 1960s, the year 2021 presents an unparalleled opportunity to renew the agency, inspire once more the next generation of Volunteers, and recapture the imagination of the general public. Much has changed in the past 60 years, and the need for transformation and improvements within the Peace Corps — as expressed by hundreds of community members during town halls, a global ideas summit, and conversations since — is reflected in the recent report presented to National Peace Corps Association, “Peace Corps Connect to the Future.” A copy is included in the Winter 2021 print edition of WorldView. We have been meeting with members of Congress, the transition team, and the agency to bring these ideas into action.

This existential moment for Peace Corps will require extraordinary engagement. There remains enormous untapped potential within our own community. We must all seize this moment of renewal and reform. It will not come our way again.

Jonathan Pearson is the Director of Advocacy for National Peace Corps Association. He served as a Volunteer in Micronesia 1987–89. Ready to step up? Contact advocacy@peacecorpsconnect.org.