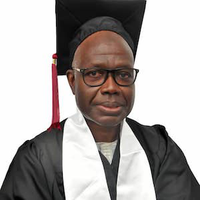 Every five years, Peace Corps presents the John F. Kennedy Service Awards to honor members of the Peace Corps network whose contributions go above and beyond for the agency and America every day. Here are the 2022 Awardees. 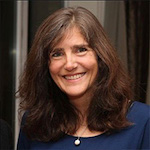 Liz Fanning is the Founder and Executive Director of CorpsAfrica, which she launched in 2011 to give emerging leaders in Africa the same opportunities she had to learn, grow, and make an impact. Fanning has worked for a wide range of nonprofit organizations during her career, including the American Civil Liberties Union, Schoolhouse Supplies, and the Near East Foundation. She received a bachelor’s in economics and history from Boston University and a master’s in public administration from NYU’s Robert F. Wagner Graduate School of Public Service. She received the Sargent Shriver Award for Distinguished Humanitarian Service from National Peace Corps Association in 2019 and a 2021 AARP Purpose Prize Award. 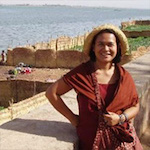 Genevieve de los Santos Evenhouse grew up in the Philippines, then emigrated to the United States in 1997. She pursued a career at the intersection of nursing, public service, and volunteerism, earning her doctor of nursing practice in 2020 — while continuing to serve as a full-time school nurse for the San Francisco Unified School District. As a compassionate, socially conscious nurse dedicated to providing care and developing nurse education, Evenhouse has a keen affinity for teaching, community service, and cultural exchange that led her to serve in four countries — Guinea, Zambia, Guyana, and Uganda — as a Volunteer and Peace Corps Response Volunteer. She also volunteered at two health offices in the Philippines as a public health nurse as well as the Women’s Community Clinic in San Francisco as a clinician. 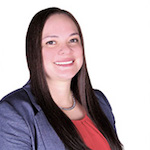 Karla Yvette Sierra was born in El Paso, Texas, to Mexican American parents. Sierra graduated from Colorado Christian University with a bachelor’s in business administration and a minor in computer information systems. Elected by her peers and professors, Sierra was appointed to serve as the Chi Beta Sigma president as well as the secretary for the student government association. Sierra volunteered with Westside Ministries as a youth counselor in inner city Denver. Shortly after completing her Master of Business Administration at the University of Texas at El Paso, she started working for Media News Group’s El Paso Times before being promoted to The Gazette in Colorado. Sierra served as a Volunteer in Panama for three years as a community economic development consultant focused on efforts to reduce poverty, increase awareness of HIV and AIDS, and assist in the implementation of sustainable projects that would benefit her Panamanian counterparts. Her Peace Corps experience serving the Hispanic community fuels her on-going work and civic engagement with Hispanic communities in the United States. 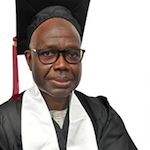 Dr. Mamadou Diaw — born in Dakar — is a Senegalese citizen. He studied abroad and graduated in forestry sciences and natural resource management from the University of Florence and the Overseas Agronomic Institute of Florence. He joined the Peace Corps in 1983 as Associate Peace Corps Director (APCD) for Natural Resource Management. In that capacity, he managed agroforestry, environmental education, park and wildlife, and ecotourism projects. From 1996 to 2001, he served as the coordinator of the USAID funded Community Training Center Program. In 2008, he switched sectors, becoming Senior APCD Health and Environmental Education. He received a master’s degree in environmental health in 2014 from the University of Versailles, and a doctorate in community health from the University of Paris Saclay, at the age of 62. Dr. Diaw coached more than 1,000 Volunteers and several APCDs from the Africa region, notably supporting Peace Corps initiatives in the field of malaria and maternal and child health. He retired from Peace Corps toward the end of 2019 and is currently working as an independent consultant. 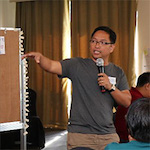 Ambet Yangco, a social worker by training, started his career as an HIV/AIDS outreach worker for Children’s Laboratory Foundation. He then served as a street educator in a shelter for street children and worked for World Vision as a community development officer. Twenty years ago, Yangco joined Peace Corps Philippines as a youth sector technical trainer. It wasn’t long before he moved up to regional program manager; then sector manager for Peace Corps’ Community, Youth, and Family Program; and now associate director for programming and training during the pandemic.