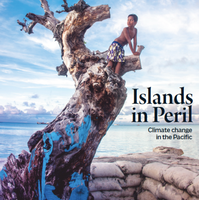 Climate change and Pacific nations heroically trying to save themselves

At the United Nations building in New York, the national flag of every country on earth hangs from a pole outside. Whenever a new country is born — South Sudan being the latest in 2011 — a new pole is set up and a new flag raised.

But what happens when a country dies? What happens, for example, if unchecked global warming wipes entire Pacific island nations off the map in the coming years? Will we have a somber flag-lowering ceremony? Will we salute the newly stateless refugees with a tragic diplomatic farewell? It could happen. Indeed, in the feature stories that are part of this package, you’ll read about four nations — Fiji, Tonga, the Marshall Islands, and Kiribati — that are facing existential threats right now from rising waters and larger storms linked to global warming.

These nations are heroically doing what they can to save themselves. But ultimately, only you and I and the rest of the world can save these nations. We have to cut fossil fuel emissions drastically. And America must lead this fight.

It’s interesting to think of the Peace Corps itself in this context. The idea for the Peace Corps was first popularized by President John F. Kennedy, of course. Here was his vision: Take volunteers from the “solution” nation — the United States of America — and ask them to work hard to transfer knowledge and technology to the “problem” nations in the developing world. This arguably paternalistic view, a product of the era, has nonetheless led more than 240,000 Americans to serve as volunteers abroad. This in turn has produced tens of millions of people worldwide who today are slightly better fed, clothed, sheltered, and educated than they would otherwise be. I’m genuinely proud to have been part of that effort as a fisheries volunteer in the Democratic Republic of the Congo from 1985 to 1987.

But Kennedy’s original vision has now been turned on its head. We in the United States have become the world’s leading “problem” nation. We are now a direct and daily burden on all of the world’s poor, threatening to unravel whatever help we’ve managed to provide in the past. We are destroying the world’s atmosphere with greenhouse gas pollution. We are changing the climate. 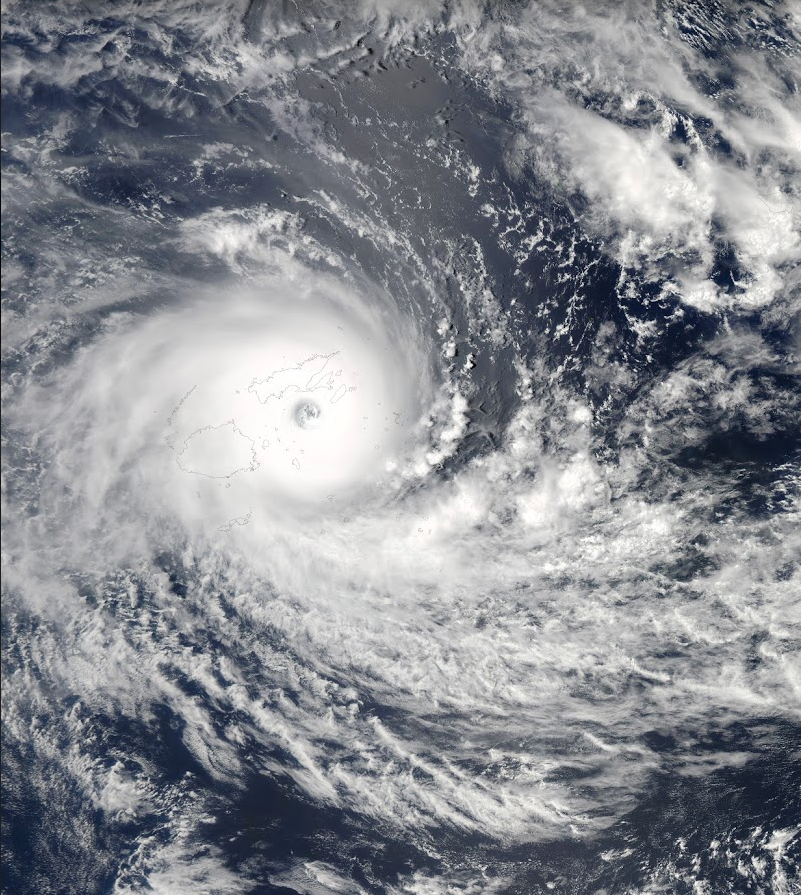 So it’s time to resurrect JKF’s original vision by becoming a solution nation again. The dispatches of crisis and struggle you are about to read from Pacific island nations should motivate us to fight for electric cars and solar panels all across America and for wind farms along our coastlines.

We’re in a race against time to cut carbon pollution fast enough. It’s the only way we can save the island nations of the world — and ourselves.

On the Front Lines
Fiji and Beyond: A MacArthur Fellow takes stock of climate change loss and damage. By Stacy Jupiter

Day Begins Here
Kiribati: Land is tied to identity. But the land is vanishing. By Michael Roman

Mike Tidwell is founder and director of the Chesapeake Climate Action Network. He is also an author and filmmaker, and his most recent book is “The Ravaging Tide: Strange Weather, Future Katrinas, and the Race to Save America’s Coastal Cities.”

This story was first published in WorldView magazine’s Spring 2020 edition.