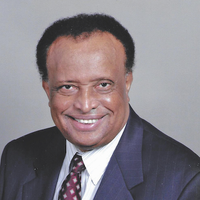 One of the first country directors appointed by Sargent Shriver in 1961, Walter C. Carrington led Peace Corps programs in Tunisia, Senegal, and Sierra Leone in the 1960s before serving as Regional Director for Africa. But that was just one facet of a remarkable life.

Prior to that, at Harvard he founded the chapter of the NAACP. He was the youngest-ever member of the Massachusetts Commission Against Discrimination, and in the late 1950s his commission work included leading an investigation into the racist practices of the Boston Red Sox — the last team in the majors to break the color barrier on its roster.

He stood down a confrontation when armed police interrupted a reception near the end of his appointment. Nigerian leaders praised Carrington for his contributions leading to that country’s return to democratic rule.

He taught at many institutions of higher learning, including the Massachusetts Institute of Technology, Simmons University, Marquette University and Howard University, where he directed the international affairs department. He died August 11, just a few weeks after celebrating his 90th birthday.

Each month we share news of members of the Peace Corps community whom we have lost: peacecorpsconnect.org