He helped inspire the Peace Corps, then became a Volunteer: Douglas Kelley 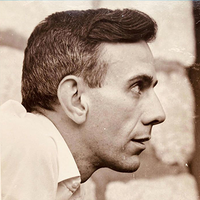 Douglas Kelley holds a special place among those who helped inspire the Peace Corps. As a student at Berea College in Kentucky, he was committed to international cooperation and civil rights. In his senior year in college, in 1951, he began laying the groundwork for the International Development Placement Association, a program to promote humanitarian service by placing people internationally in jobs with indigenous organizations and governments in Africa, Asia, and Latin America. Within three years the program had sent 18 young Americans abroad and had numerous applicants.

The proof of concept helped inspire Senator Hubert Humphrey to propose legislation to create a peace corps in 1957. The idea evolved into what became formally known as the Peace Corps, enacted by President Kennedy by executive order in March 1961.

“I really wanted to serve overseas,” he recalled years later, “not as an officer in an air-conditioned office but doing the kind of thing Volunteers were doing. So, off we went to Cameroon.”

Kelley worked as the agency’s first community relations director. “I really wanted to serve overseas,” he recalled years later, “not as an officer in an air-conditioned office but doing the kind of thing Volunteers were doing. So, off we went to Cameroon.” We included his wife, Cynthia Kelley, and their two sons. Kelley served as a Volunteer in Cameroon 1963–65, helping to create a crafts marketing cooperative that doubled the monthly incomes of local artisans as their products were exported to the U.S.

A commitment to ending discrimination also shaped Kelley’s life. In 1957 he participated in Martin Luther King Jr.’s Prayer Pilgrimage for Freedom at the Lincoln Memorial. He was later arrested for participating in a sit-in during the civil rights movement. He went on to direct programs training young people, to transform a decrepit textile mill into an arts center, and to help auto workers retrain. He died in January 2022 at the age of 92.