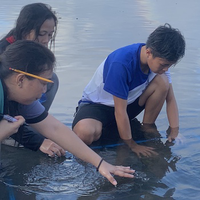 In 2020 the world was thrust into a pandemic, which caused more than 7,000 Peace Corps Volunteers to suddenly return home from their adopted communities around the world. I was one of them.

During my first Peace Corps assignment, I served as an education Volunteer in South Africa. After service, I went to graduate school at the Scripps Institution of Oceanography in San Diego, studying marine biodiversity and conservation, and earned a master’s degree in June 2019. I boarded a plane to the Philippines later that year for a Peace Corps Response assignment: an aquatic resource management specialist, eager to be a champion of the marine environment in a community interested in sharing ideas about conservation. It was exciting — and it felt like the right time to venture out of my comfort zone; I was sure I’d stick out as the sole African American ecologist.

My assigned site was Leyte, on a bay frequently visited by whale sharks. I was tasked with teaching at a small technical university with a few hundred students. This remote campus focuses academic curriculum on marine biology, life sciences, and agriculture. It also provides the community with organic vegetables, compost, seaweed — and, previously, fish, at a discounted rate. The campus boasts nine fish ponds, which range in size from a football field to a basketball court. The ponds are sprinkled with nipa palms, one type of mangrove, and some other species of red mangroves. Egrets line the banks, hungrily looking for mussels or small fish to eat.

The ponds were certainly beautiful, but had deteriorated after years of neglect. At a marine science school, it’s critical that students get their hands dirty and learn about aquaculture, an important part of the economy in the Philippines. We decided it was necessary to rehabilitate the ponds to improve hands-on learning for the students and to increase the number of fish available for the community to buy. 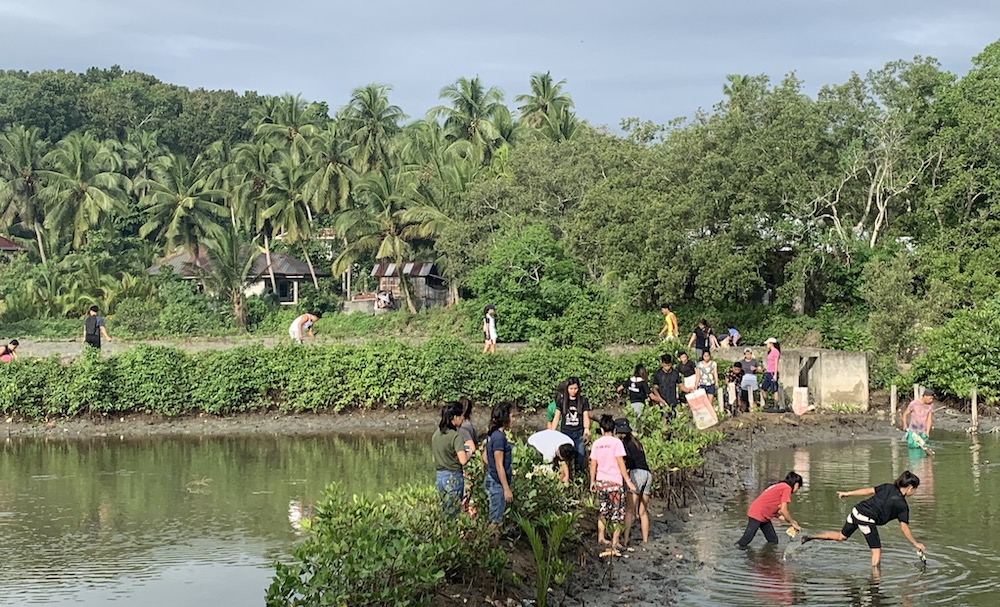 Marine biology students in Southern Leyte, Philippines, are helping remove debris from milkfish ponds. This was part of a rehabilitation project to restore the ponds for aquaculture. Photo by Hilliard Hicks

The first problem we ran into was a need to install a submersible pump that would allow ponds to fill when the tide was too low. We received a Peace Corps Partnership Program grant from a generous donor and were able to purchase the parts and equipment we needed. In the Peace Corps, nothing gets done without the help of counterparts we work with. I don’t think my counterpart anticipated labor-intensive work when this project was proposed, but we ended up carrying about 400 feet of PVC pipe to the ponds, which were about 100 yards from the delivery site. Digging out trenches to lay pipes in 80 percent humidity and stifling temperatures was exhausting, but we got it done.

One of the biggest challenges was that high tide would cause the adjacent canal to fill partially, causing garbage to clog the channel. After building screened gates at each entrance, we were able to prevent new debris from entering the ponds. Then we had to clean the remaining garbage from the area. We enlisted the marine biology students to help, beginning work before dawn to avoid the midday heat. Every step we took, our feet sunk about a foot in the mud, so we laid boards and stiff palm leaves to make impromptu bridges and serve as handholds. 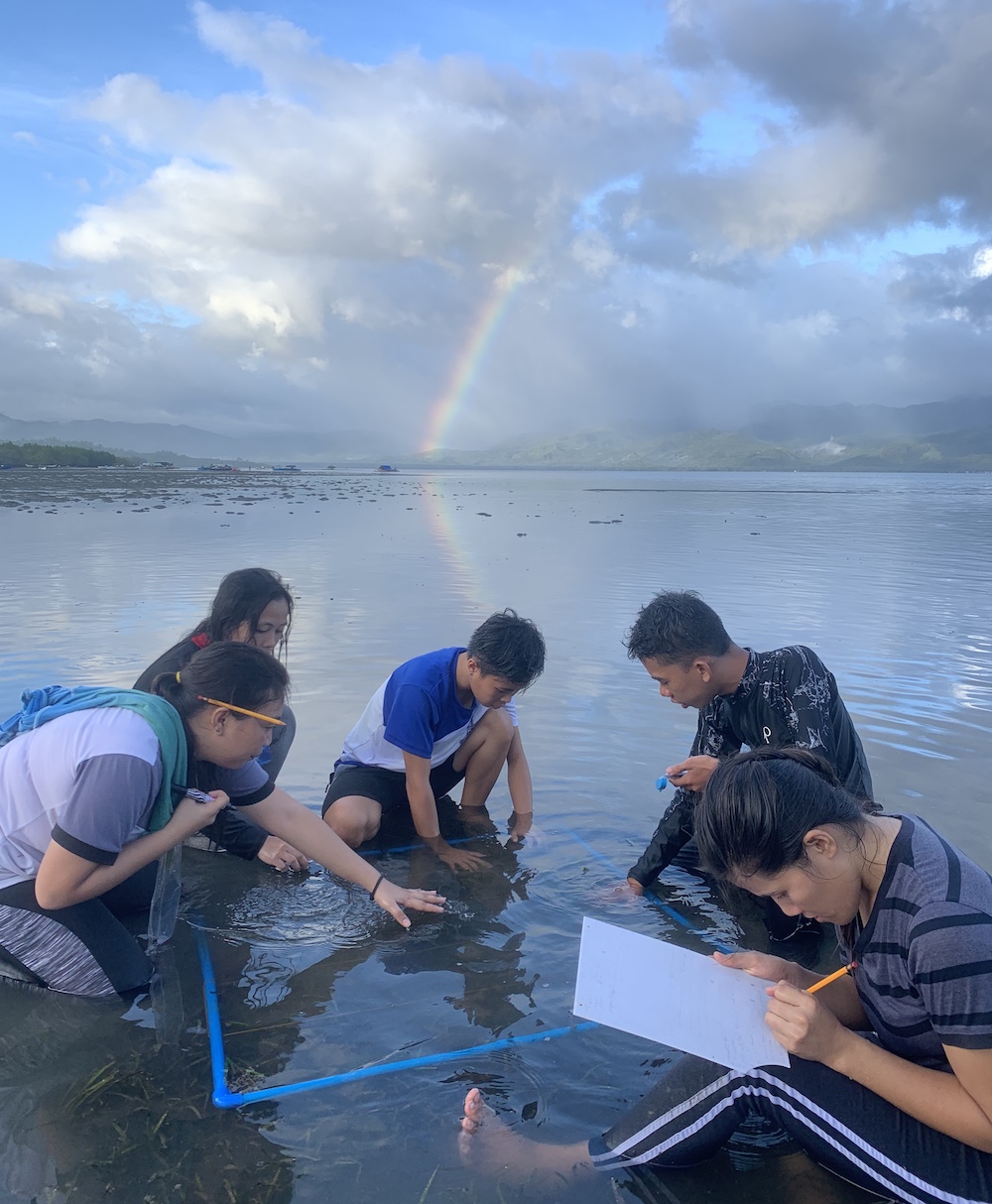 Once we cleared the ponds, built the gates, and laid the pipe, it was time to test the system. It was attached to a pump that had been sitting for five years. My counterpart was adamant that our pump worked. But one of the battery capacitors was defective. The entire pump had to be taken apart and rebuilt. Retrofitting a submersible pump and building a cage around it was no easy feat, but we had to prevent trash from being sucked in.

After months of hard work, everything was in order and we finally filled the ponds.  About a week later, I was evacuated.

After months of hard work, everything was in order and we finally filled the ponds. We stocked the ponds with milkfish, locally called bangus. This bony fish lives in brackish water and is a popular fish eaten in the Philippines. Bangus is usually farmed in ponds, but can be grown in open water. In our ponds, it did extremely well. About a week after we stocked the ponds, I was evacuated.

Back in the United States, I began seeing posts on Facebook about the university selling fish from our hard-won fish pond. Knowing the pond we rehabilitated during my service was increasing their bangus productivity for the community — especially during the pandemic — was a gift. My counterpart and I, along with the hardworking marine biology students, helped the people in the community.

Even though the pandemic cut my service short, Peace Corps Response allowed me to make a long-term impact during a short-term assignment. I’m grateful for that. And, when the world returns to normal, I’ll do it again.