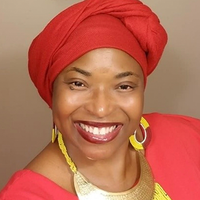 Part of the discussion on “Building a Community of Black RPCVs: Recruitment Challenges and Opportunities”

Below are edited excerpts. Watch the full program here.

My father was a Volunteer in Gabon in the early ’70s, where he met my mother, a Gabonese woman from one village he worked in. So I’m very much the product of Peace Corps. Growing up, I always heard Peace Corps stories; more important was the idea of volunteerism, how important that was, and working with other people to achieve goals.

I wanted to do Peace Corps after high school. My father reminded me that I had to go to college first. When I got to college, I realized that as a kinesthetic learner, four years of sitting in class was too painful. I took a year off to work with an international development organization as a reforestation volunteer in Ecuador.

My senior year I put in my application. They told me I would be going to Uzbekistan. After speaking to my father and the Peace Corps, I said, “Is there a way that I can go back to Africa?” They sent me to Togo, where I became a girl’s education empowerment Volunteer — one of only three African American volunteers in a group of 40-plus.

Training was painful; I knew I stood out because I was Black. I wanted to stand out because I was passionate about the work and being willing to learn from others. Oftentimes, it was, “You can’t be a Volunteer — you’re Black … You’re African, so you can’t go with them.” On a daily basis, I felt excluded. I felt as though Peace Corps was not supporting me. When one of the three Black Americans decided to leave during training, I was heartbroken.

Peace Corps is very much about bringing Americans to a place where they will be challenged, forced to shed misconceptions and acquire a level of cultural intelligence and cultural communication to work with people who are different.

Black Volunteers and Volunteers who are people of color are forced — to a level that white Peace Corps Volunteers may not feel — to describe the diversity that exists in the United States. Not only Volunteers but also staff did not know the history, diversity, and richness that exists within our country that makes us all Americans; therefore it was difficult for them to support us.

I realized that inclusion was essential for me to be able to do my work. I was embraced for being honest about what I didn’t know, about what I wanted to learn. Peace Corps is very much about bringing Americans to a place where they will be challenged, forced to shed misconceptions and acquire a level of cultural intelligence and cultural communication to work with people who are different.

Some ways Peace Corps can help facilitate that understanding is to be honest about what the experience may be, pre-departure: difficulties, challenges — the fact that Peace Corps staff often don’t know how to treat you or communicate with you. There needs to be mentorship for Volunteers, pre-departure and throughout service. The goal is for you to finish your experience and not come home bitter, but feeling this experience is like no other — and that you left footprints in this world to make it a better place.

Diversity is only a demographic concept — this idea that, the more numbers you have, you can say, “We’re diverse.” The effort starts at belonging.

Peace Corps can be a great model for other international organizations seeking to implement the sense of diversity, equity, inclusion, and belonging — and showcase to the world that we can be one in the sense that “one” means being able to see each other for who we are, and to love and respect each other for that. Diversity is only a demographic concept — this idea that, the more numbers you have, you can say, “We’re diverse.” The effort starts at belonging. There will be more people of color, more African Americans, willing to be part of Peace Corps, or any institution, if they feel they belong.

These remarks were delivered on September 14, 2021, as part of “Strategies for Increasing African American Inclusion in the Peace Corps and International Careers,” a series of conversations hosted by the Constituency for Africa and sponsored by National Peace Corps Association. They appear in the 60th-anniversary edition of WorldView magazine. Story updated January 19, 2022.