The West is Burning 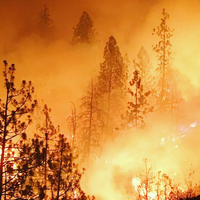 My first season as a wildland firefighter

By Colin McLaren
as told to Steven Boyd Saum

By October 2020, wildfires in the western U.S. burned an area larger than the state of New Jersey. A story from the front lines.

Typically when we’re out on a fire, we work 16 hour days: up before six and finishing with a pretty late dinner — whenever the work is really done. But recently two of the fires we worked overnight, to 9 a.m. the next morning.

We were on the Cold Creek Fire in Wenatchee, Washington. We went there directly from the Pearl Hill fire, a little east of Lake Chelan. Before that, the Chikamin fire, close to Leavenworth, the district we're based out of in Washington. Earlier in the summer I was down in Arizona on the Magnum fire, on the North Rim of the Grand Canyon. Then the Bighorn Fire, on Mount Lemmon outside Tucson. In between I went to Modoc National Forest in Northern California, and to the fire at Lava Beds National Monument. 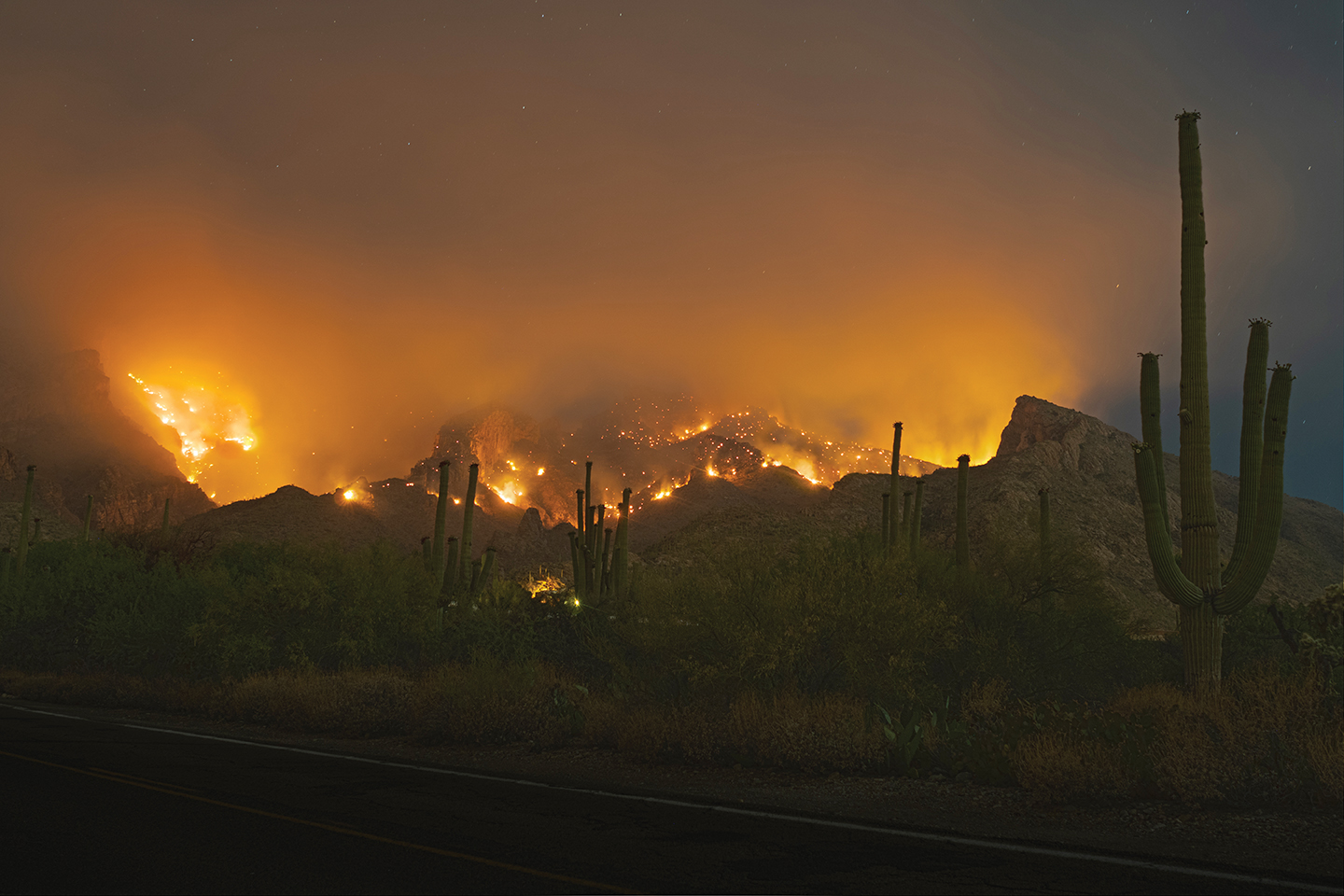 The Bighorn Fire, near Tucson. Photo by Preshit Ambade

The California fires we were working around the clock. Everyone's a little fatigued. Basically all of September we had maybe three days off. But it’s valuable work.

This is my first year on a hand crew. I’m part of what’s referred to as the dig, typically using a tool called a scrape. Chainsaw teams cut the big stuff out of the way. The dig follows behind, scraping a perimeter in the dirt and trying to establish a line that fire will not cross.

The fire we were on most recently was pretty intense. We did a backburn, where you burn off of an established fire line to remove the excess fuels in between the main fire and the area you absolutely don't want the fire getting to. While we’re doing that, embers get sucked up from the heat and convection currents and can be spit out as far as a mile away. We had spot fires from embers, and we really had to rush around. 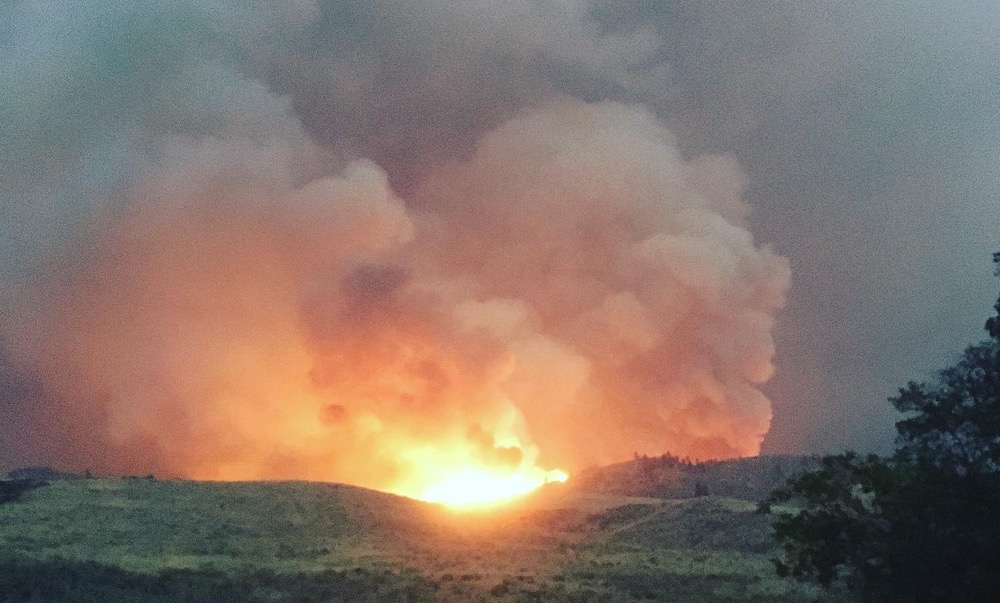 “One we ran from, it looked like a volcano erupting. Kind of a scary moment.” Photo by Colin McLaren

We’ve had to run from fires a couple times — which happens when it’s gotten too hot or winds have changed, and the fire could overtake you if you don’t hightail it out of there. A couple times people had to deploy fire shelters. One we ran from, it looked like a volcano erupting. Kind of a scary moment. Then we got in a safe place, organized, and went in and did direct suppression and some background stuff to protect the houses and nearby agriculture. We worked all night. In the morning, the fire basically put itself out because of the work we had done. 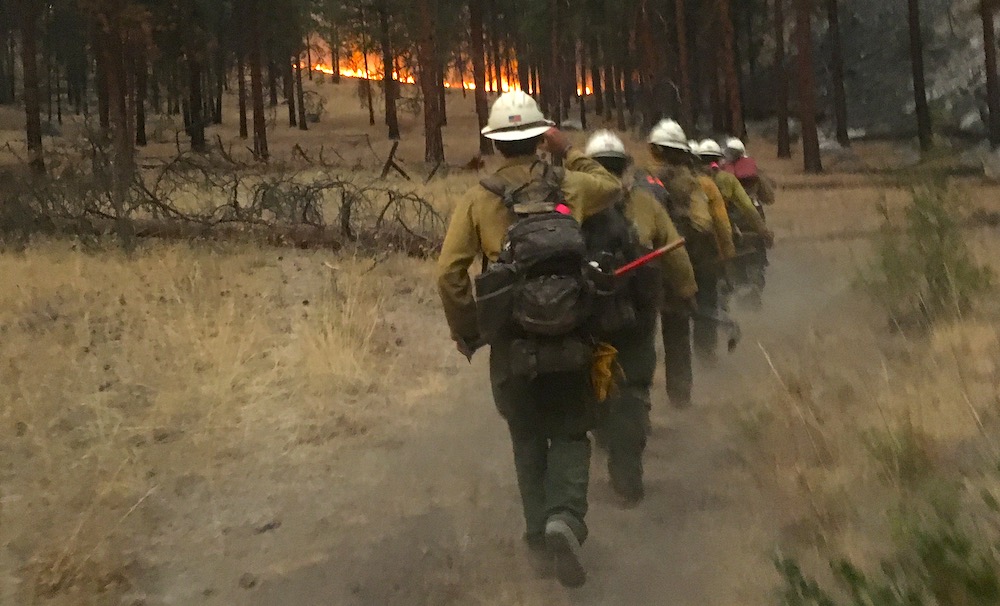 Wildland crew heads toward the fire. Photo by Colin McLaren

This is work I wanted to do after Peace Corps. It can be extremely difficult. There’s a refrain that you’re not a hero until you die. In terms of paychecks, most of us are the lowest level employees — technically “forestry aide” or “forestry technician.” After a disaster it’s: “Wildland firefighter died.” So there’s a discrepancy in how we’re treated as employees versus the reporting that goes on.

If we’re able to stop the fire, on an environmental level that's a lot of carbon not being released into the atmosphere. As wildfires get really bad, they get attention. Now the weather’s hotter and drier in September; historically, the West Coast should be getting rain sooner. This is one result of climate change — and it will get worse as the environment gets hotter. Some people don’t want to hear the the direct connection between climate change and how it has made the fire season longer. We’ve certainly been seeing it in California, making the extremes more extreme. In Seattle, the past weekend was the smokiest that it has ever been. 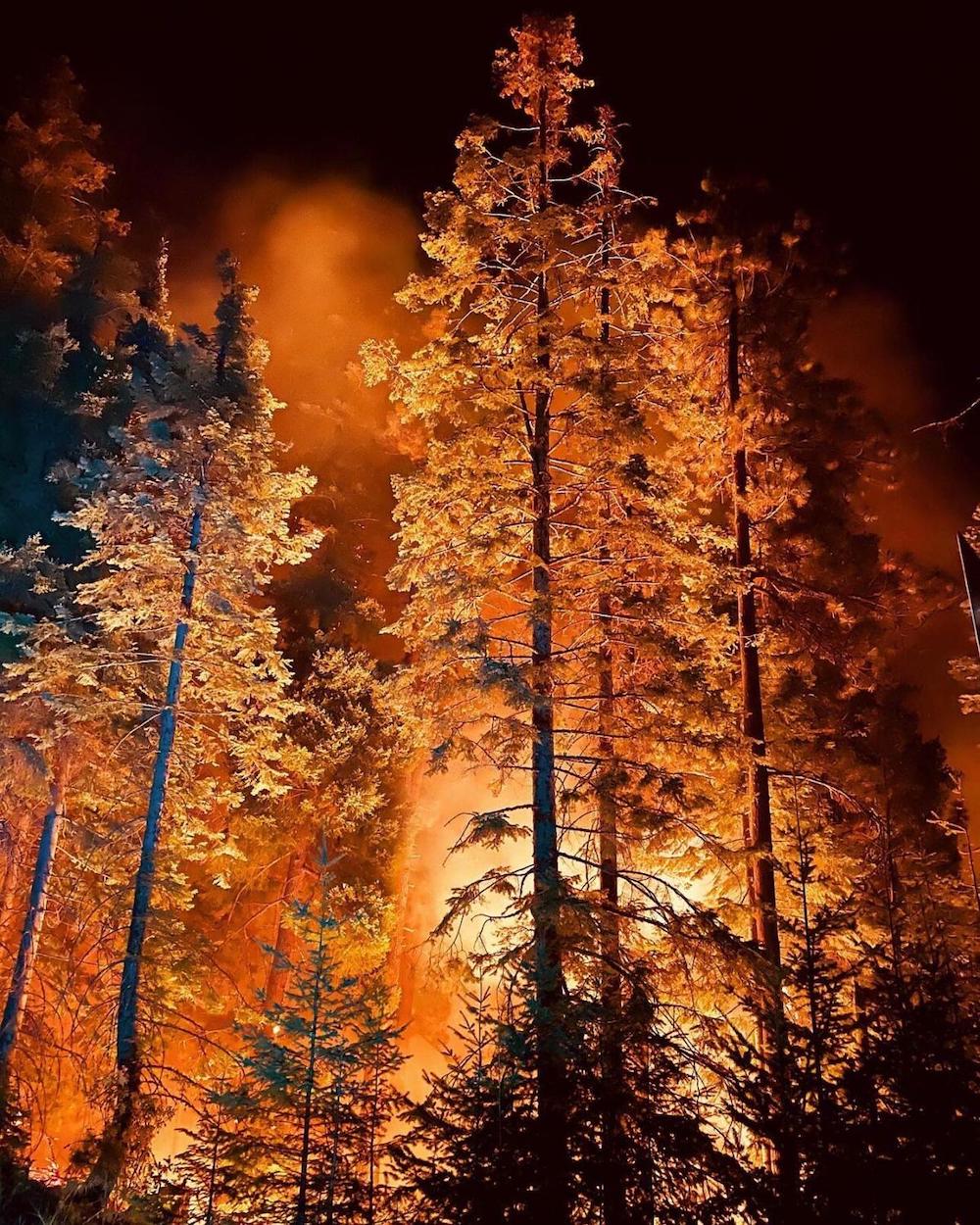 I lived for two years in Nepal as a Peace Corps Volunteer, 2017–19. I remember talking with older people in my village—which, by the way was not in the mountains; most of Nepal is actually in the subtropics. The pre-monsoon season has gotten hotter and drier; their whole agriculture calendar is changing. And communities have basically no safety buffer. Will they be able to adapt to a more intense climate? They’re not climate refugees yet, but whole corn crops might be at risk.

American society is not set up to combat climate change. We’re some of the worst perpetrators on the global level. The Peace Corps experience I had showed me the importance of community: how a strong, extended family structure is very capable of dealing with shortages and other bigger scale problems that might cripple individual households. Helping each other out.