Unfinished Business: From the Editor of WorldView Magazine 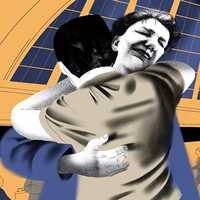 For so much of the Peace Corps community, the months since March have been brimming with optimism, bringing news of Volunteers returning to service in countries and communities across the globe. In Africa, they’ve returned to countries including Zambia and Madagascar, Ghana and The Gambia, Senegal and Sierra Leone. They have returned to the Eastern Caribbean and the Dominican Republic. In Latin America, Volunteers have been welcomed in countries including Paraguay and Peru, Colombia and Costa Rica, Ecuador and Belize. In Asia, Volunteers have returned to the Kyrgyz Republic. In Europe, they’re back in Kosovo. The litany runs to some two dozen countries, and invitations are out for Volunteers to return to twice as many — as well as to launch a new program in Viet Nam.

At the same time, legislation has now been introduced in the Senate as well as the House to reauthorize the Peace Corps — and bring the most sweeping legislative reforms in a generation. That’s thanks in no small part to tremendous efforts by the Peace Corps community. All of those who took part in the Peace Corps Connect to the Future town halls and summit in 2020 played a role. Those who helped shape the community-driven report created a road map for the agency, executive branch, Congress, and the Peace Corps community. I know first-hand how hard colleagues worked as part of those efforts, some of us putting in 80- to 100-hour weeks for months on end to carry this effort forward; we understood that there would be a narrow window in Washington for these reforms to come to fruition in legislation.

That work isn’t done yet. (A familiar refrain, that. It comes with the territory for an institution charged with the mission of building peace and friendship.)

As Volunteers begin serving alongside communities once more, Europe is in the midst of its most horrific land war since 1945. The genocidal campaign launched by Russia against Ukraine continues to unfurl new atrocities day by day: In July, rockets fired on civilian infrastructure in Vinnytsia in central Ukraine — far from any front line — killed two dozen, including a young girl with Down’s syndrome. Grisly stories, photos, and videos of torture and mutilation of Ukrainian captives draw cheers from those backing the invaders.

Lies and disinformation, false accusations meant to obfuscate the truth and distract from misdeeds. As if we needed to say it, when it comes to countering those, the work isn’t done yet.

After apparently staging a mass execution of Ukrainian POWs in Olenivka, Russian disinfo serves up the claim that Ukrainian troops targeted their own. Olenivka lies just southwest of the city of Donets’k. Recall that not far to the northeast of Donets’k is where a Russian Buk missile downed the flight MH-17 in 2014, and the torrent of untruths about what had happened began.

Lies and disinformation, false accusations meant to obfuscate the truth and distract from misdeeds. As if we needed to say it, when it comes to countering those, the work isn’t done yet.

One of the cities under Russian occupation since the beginning of the war is Kherson, a port city in the south, not far from Crimea. In the wake of the 2014 Revolution of Dignity in Ukraine—which showed starkly the power of a democratic uprising as an existential threat to autocracy—I served as an observer in Kherson for the presidential election. When a polling place closes, the doors are supposed to be locked; no one is supposed to come or go until the counting is complete, the ballots wrapped up, and election protocols and ballots have been taken to the district electoral commission. It’s a good idea to come prepared with food and water to get you through a long night. The evening of that election, at the central grocery store in Kherson, just off Freedom Square, I stocked up: piroshki stuffed with cabbage and meat, along with smoked cheese, water, and some chocolate. The woman behind me was buying buckwheat, wrapped up in a clear plastic bag from the bulk foods section. She pointed at the credentials I wore on a lanyard.

"The young people of Ukraine are smart and they deserve a chance. We need to bring an end to all this —”

“Thank you for being here,” she said. “We’ve been living under bandits for twenty years. They’ve all been bandits. Putin, too. He’s a bandit. It’s like slavery. The young people of Ukraine are smart and they deserve a chance. We need to bring an end to all of this—”

She waved her hands in the air over her head: the flutter and turmoil. 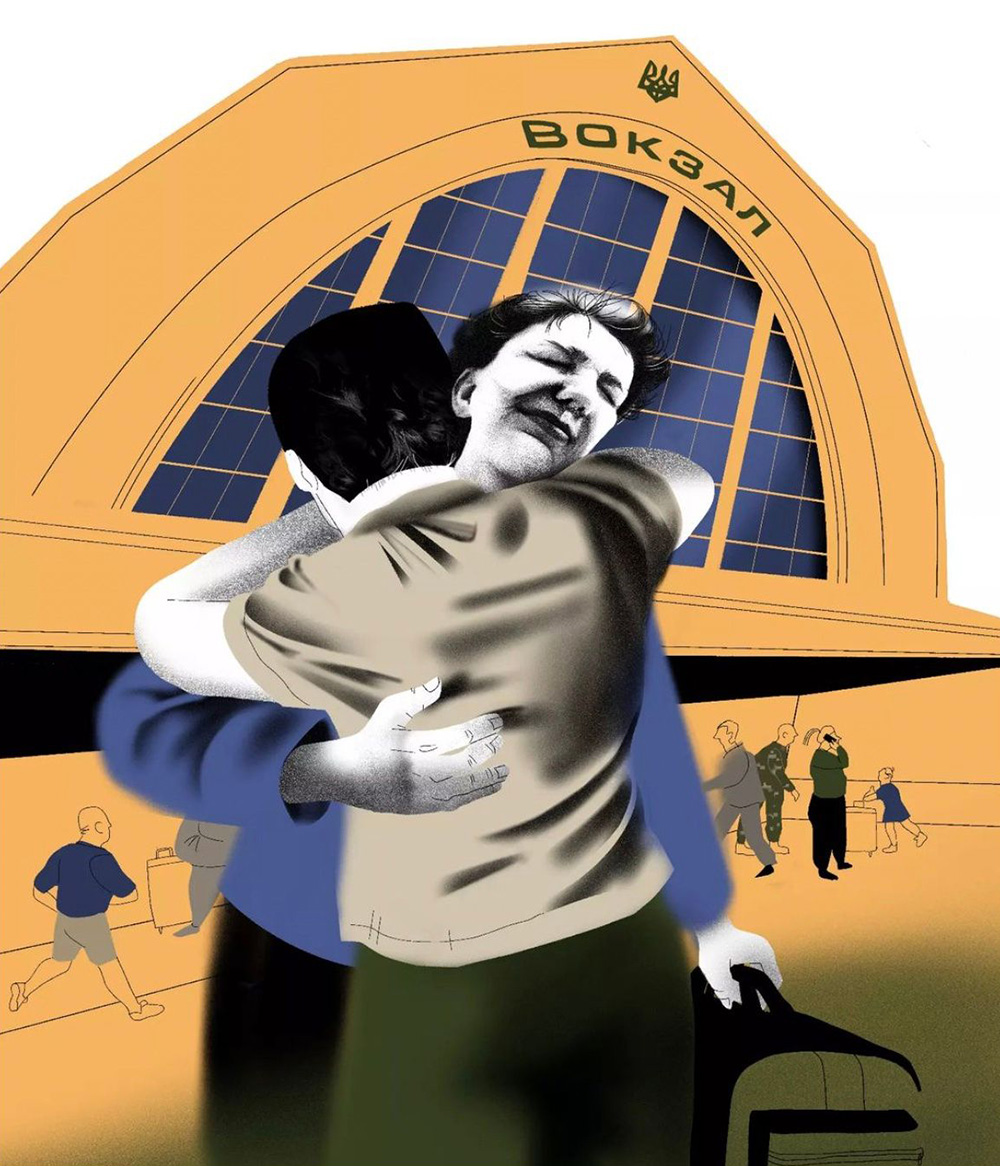 Railway Station: “In recent months, we have said goodbye and hello so many times,” writes illustrator Anna Ivanenko. “I don’t know how many more hugs there will be during this war, but I hope most of them will be greetings.” Illustration by Anna Ivanenko

I have thought of her often in recent months. Then, as now — and there, as well as here — one election does not make a democracy. Instead, though, what we have now is a politics of grievance in Russia that has fueled a war of aggression and lies. And the turmoil includes forced deportation of children and planned sham referenda in an attempt to expropriate yet more land and people from Ukraine.

When it comes to stopping that, the work isn’t done yet.

This essay appears in the Spring-Summer 2022 edition of WorldView magazine.

Steven Boyd Saum is editor of WorldView and director of strategic communications for National Peace Corps Association. He served as a Volunteer in Ukraine 1994–96.