The Future Is Unwritten 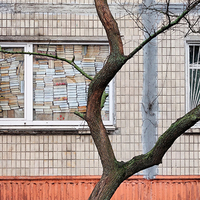 Peace, friendship, and a people whose anthem is “Ukraine Has Not Perished Yet”

From the editor of WorldView

In the summer of 2019, during early parliamentary elections in Ukraine, I served as an observer with the Organization for Security and Cooperation in Europe. With a fellow observer from Canada and a driver and interpreter from Kyiv, we visited polling places just northwest of the capital, around a pair of suburban communities — Irpin and Bucha. Irpin in particular had earned a reputation in recent years as a bucolic bedroom community, a place of fresh air and spacious green parks. It is not anymore.

If you have followed the war in Ukraine, you have heard the names of those cities. The battle for Irpin was hard-fought; Ukrainian forces stopped a Russian advance on Kyiv there, and the shelling was brutal. The carnage came into sharp focus with the image of a family killed while fleeing: Tatiana Perebeinis and her two children — son Nikita, 18, and daughter Alise, 9 — slain when a Russian mortar shell struck. Russian troops promised safe passage out. The mother was an accountant for a tech startup in Silicon Valley. In 2014, she and her family had fled their home in Donetsk after Russian forces invaded there.

At the end of March, Ukrainian forces retook Irpin. At the beginning of April, they liberated Bucha. It was not a time to celebrate. The scale of atrocities began to take hold: mass graves for hundreds. Bodies of civilians left in the streets, some with hands bound and hooded — victims of execution. It is a time for reckoning with conscience — for all.

When I first went to Ukraine with the Peace Corps nearly 30 years ago, it was in part because I wanted to understand the enormous changes taking place. This nation of more than 40 million was emerging from decades of authoritarian rule by the Soviet regime. That was after centuries of being colonized and partitioned by the Russian empire and others. With independence in 1991, its language and culture were no longer suppressed; stories long buried could now be told. I could bear witness and, as a writer, help others beyond Ukraine understand in a truly human way. As a teacher — at a university named for the poet Lesya Ukrainka — I could work with students to find their own voices. I understood how important it is to tell your own story, literally and metaphorically. Because there are always those ready to write that story for you — one in which your voice is silent. One in which they shape a cruel plot and ending that you do not want. A story, as we see now, about trying to reestablish an empire. A story based on lies that would literally kill whole families and burn their corpses.

When the education program for Peace Corps Ukraine was launched, it was managed by Olena Sergeeva. She has gone on to teach in MBA programs in Kyiv and is a partner with consulting firm Amrop. When the war began she was in the States; her teenage daughter had wanted to stay in Kyiv. Then missiles began to fly, and her daughter needed to evacuate. Olena’s elderly mother lives in Zhytomyr, in central Ukraine; she did not want to leave her home. Rockets hit there, too. Olena’s sister is staying to take care of her. The sister’s son enlisted in the military. They were trying to buy body armor for him. (Watch a conversation with Olena Sergeeva here, from the March 2022 Shriver Leadership Summit.)

Olena’s sister is staying to take care of their mother. They’re looking for body armor for her nephew in the military.

All this, because a tyrant declared their country did not exist. His army invaded, began to reduce cities to rubble, and is prosecuting a campaign of terror meant to bury a people and their history. That cannot be how this story ends.

What of us — will we protect the most vulnerable, challenge impunity, ensure that injustice does not prevail? My friends and former students and colleagues across the country are witnessing terror. They huddle in basements to escape shelling. One mother has seen a cruise missile streak overhead as she fled across the country in a car, a toddler in the back seat. Some are living in occupied cities, not permitted to leave, no humanitarian aid allowed in. 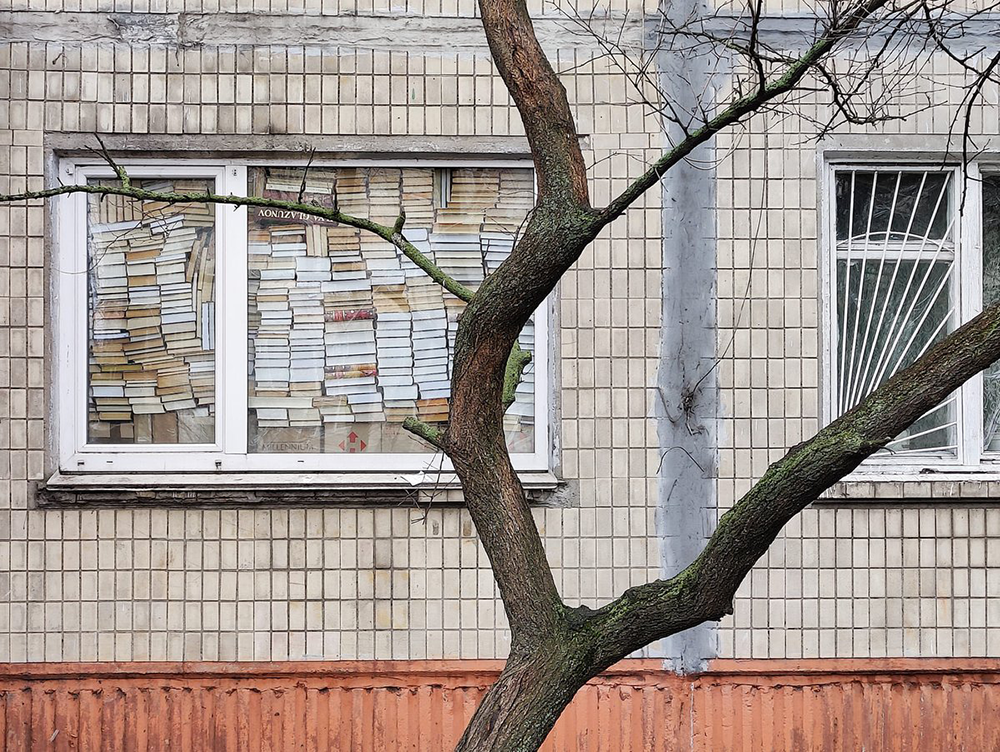 Words and deeds: To protect themselves when Russian rockets strike and shrapnel flies, some residents in photographer Lev Shevchenko’s neighborhood in Kyiv barricaded their windows with books. Photo by Lev Shevchenko

More than 3,400 Peace Corps Volunteers have served in Ukraine — part of a mission to build peace and friendship. These are the times that ask in stark terms what friendship means. Ukrainian Peace Corps staff have been working to help their nation. The RPCV Alliance for Ukraine, founded by returned Volunteers, has been tackling advocacy efforts, sending first-aid kits, raising funds. The Friends of Moldova, along with staff in Moldova, are part of efforts to provide food and shelter to refugees.

In the past weeks, many have heard the national anthem of Ukraine for the first time. Its title translates as “Ukraine Has Not Perished Yet.” That is where this story we are all writing needs to begin.

This essay appears in the special 2022 Books Edition of WorldView magazine.

Steven Boyd Saum is editor of WorldView and director of strategic communications for National Peace Corps Association. He served as a Volunteer in Ukraine 1994–96.