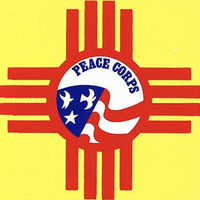 Here’s what the Peace Corps community in one state has to say about it. Some lessons and inspiration from New Mexico.

The results? Two months in, advocates for the Peace Corps successfully placed 49 submissions in publications across 23 states, reaching an audience of 2.3 million people. This campaign resonated in several parts of the country in particular. One place where it really shone was New Mexico, thanks to the collaborative effort of NPCA and the New Mexico Peace Corps Association (NMPCA).

Land of Enchantment. And a robust RPCV community.

New Mexico is big on geographic scale — the fifth-largest state in the union — with a relatively small population — 36th in the nation. It has also sustained a vibrant local newspaper tradition, says Greg Polk (Mali 1973–75), a member of the NMPCA Coordinating Committee. More than 70 local newspapers can still be found across the state.

There’s also a robust Peace Corps community. More than 2,500 individuals from New Mexico have served in the Peace Corps, and NMPCA, which is an affiliate group of National Peace Corps Association, has more than 1,000 of them on its email list.

Like many affiliate groups, NMPCA seeks to provide a variety of activities and service opportunities for members. These include river cleanups and tree plantings. They also manage a small grants program to support RPCV-led community development projects around the state. That’s been complemented recently by a special grants program to support COVID-19 relief efforts.

Polk saw the guest essay and letter-to-the-editor campaign as another opportunity to bring RPCVs together around a common interest. One nice surprise: tens of folks from across the state responded to the call for action — including many returned Volunteers who hadn’t taken part in previous NMPCA activities. “The opportunity to share their Peace Corps experience and make the case for the continued funding of Peace Corps sparked an enthusiastic response,” he says.

The end result was the publication of guest essays and op-eds in seven newspapers, along with several follow-up letters to the editor, reaching some 200,000 readers. Among the writers: Donna Marie (Kyrgyz Republic 2018–20) from Carson, a community 30 minutes west of Taos. “The Taos News has an avid readership who are interested in local, national, and international issues,” Marie says. “Lending a piece of public awareness in an engaged community was an easy contribution to make.”

The campaign has had a multiplier effect, Polk notes. Certainly it reminded fellow New Mexicans of the important contributions of the Peace Corps over its 60-year history. The campaign also provided an opportunity to reach out to members of the New Mexico congressional delegation to remind them of the value of Peace Corps service and a commitment to Peace Corps ideals, and to encourage their support. Even when submissions weren’t published, they reached the desk of local and regional news editors who were reminded of the impact of Peace Corps service.

One key ingredient to success: national and local collaboration. “Frankly, this New Mexico campaign would not have been possible without the encouragement and assistance from NPCA,” Polk says. “It was one thing to bring together RPCVs motivated to write. It was quite another thing to actually write the op-eds and figure out how to get them published. The staff of NPCA helped at every step of the way.” That included a template that provided essential points but allowed each participating RPCV to weave them together in their own way and incorporate their personal Peace Corps experience. NPCA also organized Zoom-based workshops to explain how to reach out to editors to encourage them to publish contributions.

In celebrating the past, Polk hopes the Peace Corps community will look toward the future. And, he says, the 60th anniversary campaign provides an excellent model going forward. What is the next big moment to focus on? “The return of Peace Corps Volunteers to the field in 2022,” Polk says. “It’s an opportunity to mount a campaign to remind the public of the evolving role of Peace Corps as it faces the challenges of the 21st century.”

Jonathan Pearson is the Director of Advocacy for National Peace Corps Association. Write him at advocacy@peacecorpsconnect.org.