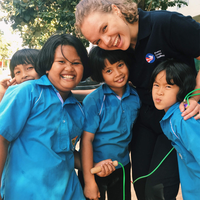 “I left behind my Thai family and community and my work. That’s everything.”

I was in Peace Corps Thailand, in the northeast region, sort of on the border of Laos. I had been there 14 months and was a part of a project called TESS — Teacher Empowerment for Students Success — as an English teacher alongside a Thai teacher. It was a mutually empowering teacher training experience.

I came back to California for a visit primarily for my cousin’s wedding — and my brother just had a baby! So to see everyone. It was supposed to be temporary.

I found out about the evacuation through the cohort Facebook group message. I had some anxieties about this happening. But Thailand has such a strong healthcare infrastructure that our Peace Corps country director really believed that Thailand wouldn’t evacuate. It made sense that Mongolia had evacuated, and other countries. I was worried that I wouldn't get back in time to say goodbye if the evacuation was put in place. When it was announced, I was angry with myself — that I had been irresponsible and coming back when I did.

What I left behind

I think I left behind my current life. Right now it sort of feels like I'm trespassing on an old one.

The last three months I was there I was the most motivated, and I felt like I was doing my best work — everything was falling into place. My co-teachers and I had found the right way to collaborate, and my students were progressing so much more quickly.

I also think Thailand is the most generous culture I’ve ever known. All the people who took care of me — that extended beyond a typical host family, beyond my co-teachers. It was like every community member and every teacher at my school treated me like a daughter. They all called me daughter. Some asked me to call them “mom” and “grandma.”

And so I left behind my Thai family and Thai community and my work. That’s everything. 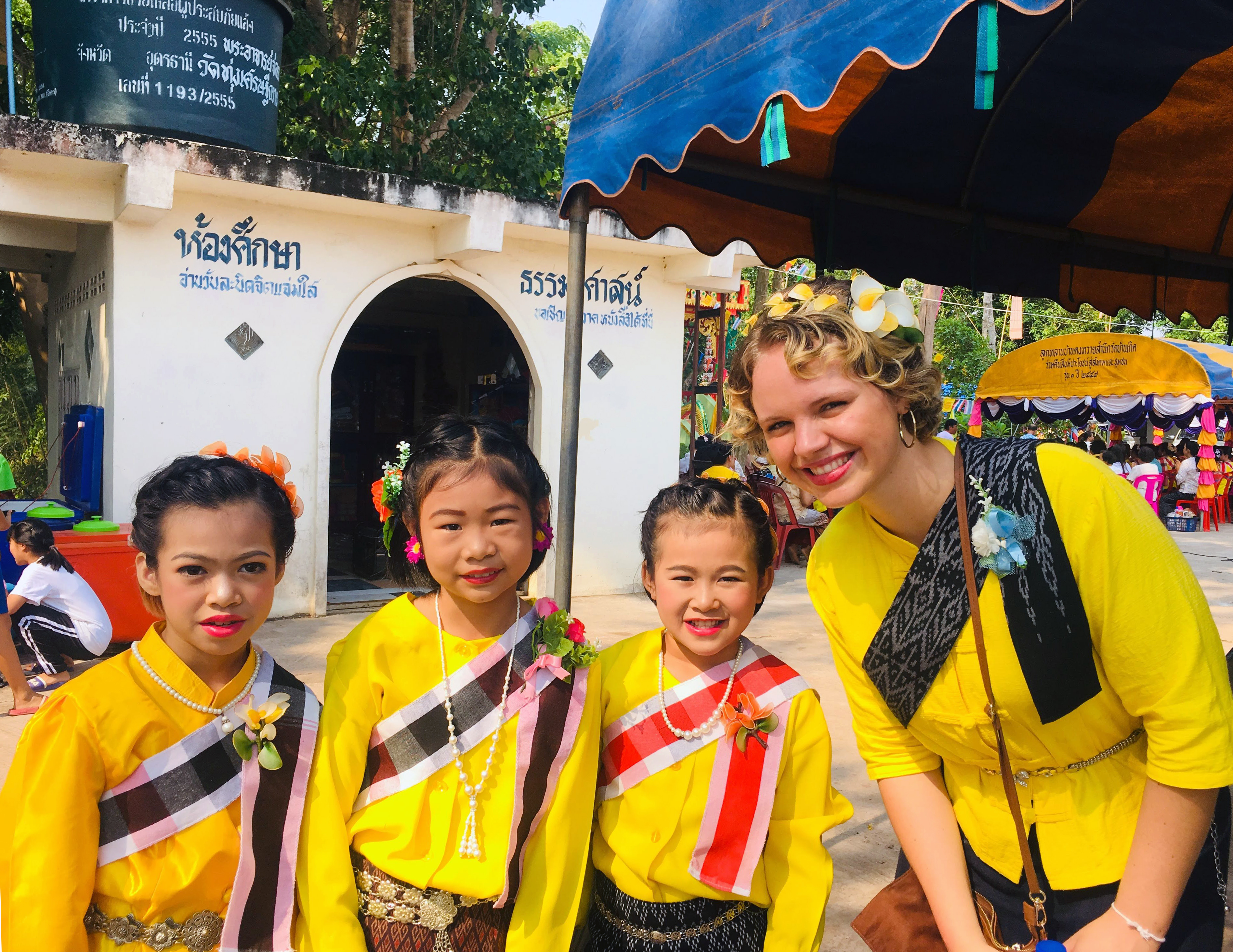 I had three co-teachers — two women and one man, ranging in age from 30 to 43. I worked with grades first through ninth. My class sizes were usually somewhere from 30 to 40 students.

I was transitioning into a role where my co-teachers were taking more of a leadership role within the class and I was taking more of an assisting role. In a more nuanced way, I really started to understand the differences between all the different grade levels and how to differentiate our teaching for each one. We were at a real moment of transition.

Right before I left I had just helped train the new cohort of Peace Corps Volunteers. That experience, like being a resource Volunteer for their training, gave me a new level of confidence. I also came to understand that there’s no single right way to be a volunteer. You learn a lot from the host country nationals you work alongside. That’s the best and the most unique part about Peace Corps. It’s sustainable because it's mutually empowering.

I’ve been in touch with teachers back there a little bit. It’s been tricky. They’re in the midst of submitting final grades. One thing that’s been hard: When I say that I’ll be back as soon as I can, to make it feel real. This is all so unprecedented, and so much is unknown.

Yet I do think this abrupt end for everyone has really highlighted how valuable this work is. There’s nowhere else that feels right.

How did I get here?

I worked in educational nonprofits, and at University of Southern California I studied NGOs and social change — a new major. So it was a natural step from that to work internationally.

There was something new about every day in Peace Corps, which is wonderful. You never stopped learning — especially about yourself. I told a lot of people that I almost like my personality more when I speak Thai because I’m so intentional with my words. I love the Thai language; one of the most surprising parts was falling in love with the language. It’s such a poetic and visual language. The way they talk about feelings is in, for example, physical constraints of the heart. The feeling of not wanting to be a burden to someone — they say greng jai, which means “constricted heart.”

To me that describes a lot of my kind of personality at times — because they're such caring people. I wish I could thank my community more. I feel such gratitude towards the people of Thailand. 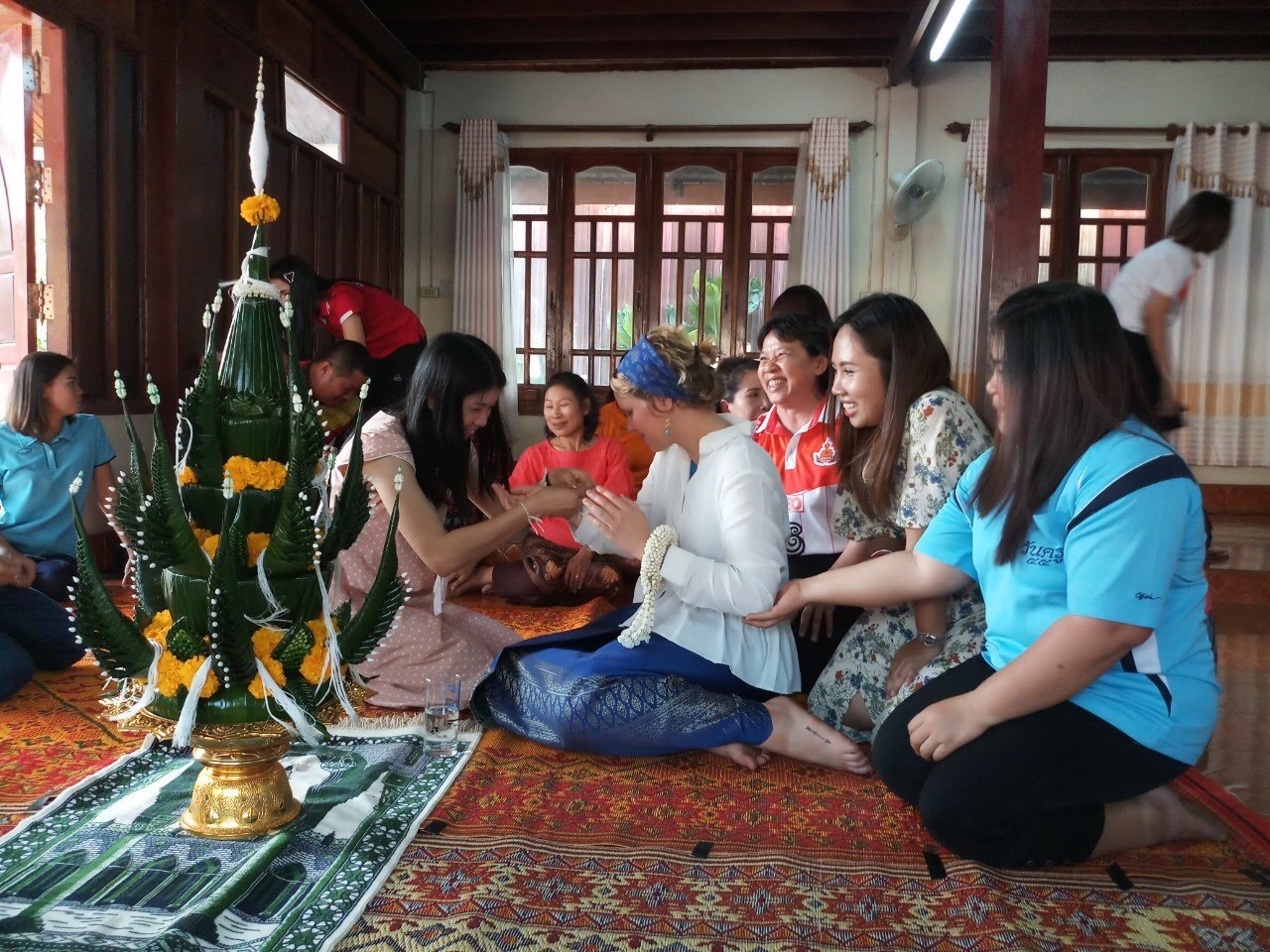 For everything it has given me personally, of course I want the continuation of Peace Corps. I think that Peace Corps is flawed—take budget constraints and staffing concerns. But it actively tries to make projects sustainable — and again, mutually empowering.

Global communities are so important. Peace Corps provides an outlet for creating a global community, and I think there will always be a need for that. The northeast region of Thailand is the least visited area of the country. It seemed to mean a lot to people that I was there.

I felt anger and sadness when I heard that they were pulling out 7,300 volunteers — out of employment and their healthcare, and sometimes out of communities that are, health-wise, safer than America. Thailand has far fewer cases, and has contained it far better than America has. Yet I understand staff being unable to provide adequate health care if people were to contract the virus. I understand why — and why it shouldn't have been — at the same time.

A lot of members of my Peace Corps cohort have been looking into the Facebook support group, especially for employment opportunities and clarification on Peace Corps reimbursements. I know they are providing that to people who can’t go to their home of residence because there are people over 60, for example. I talked to a lot of people and reached out; that group is a great resource.

Probably the biggest surprise about all this is how supportive the Returned Peace Corps Volunteer network is — just amazing. People everywhere in the world, with shared values and experiences.