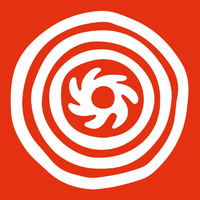 When Aidan Fife arrived in the Ancash region in December 2019, he was the third youth development Volunteer to serve as part of a six-year project, stretching over the course of three cohorts. “Kind of a new thing for Peace Corps,” he says.

Though Peace Corps is not new in Peru. The program was established in 1962 and ran until 1974, when it was suspended because of political instability. Volunteers have been back since 2002.

Fife’s aunt served in Paraguay in the 1980s. “She’s my number one inspiration,” he says. She lauded the three-volunteer sequence structure; it showed a more sophisticated Peace Corps engaged in development that would be sustainable. 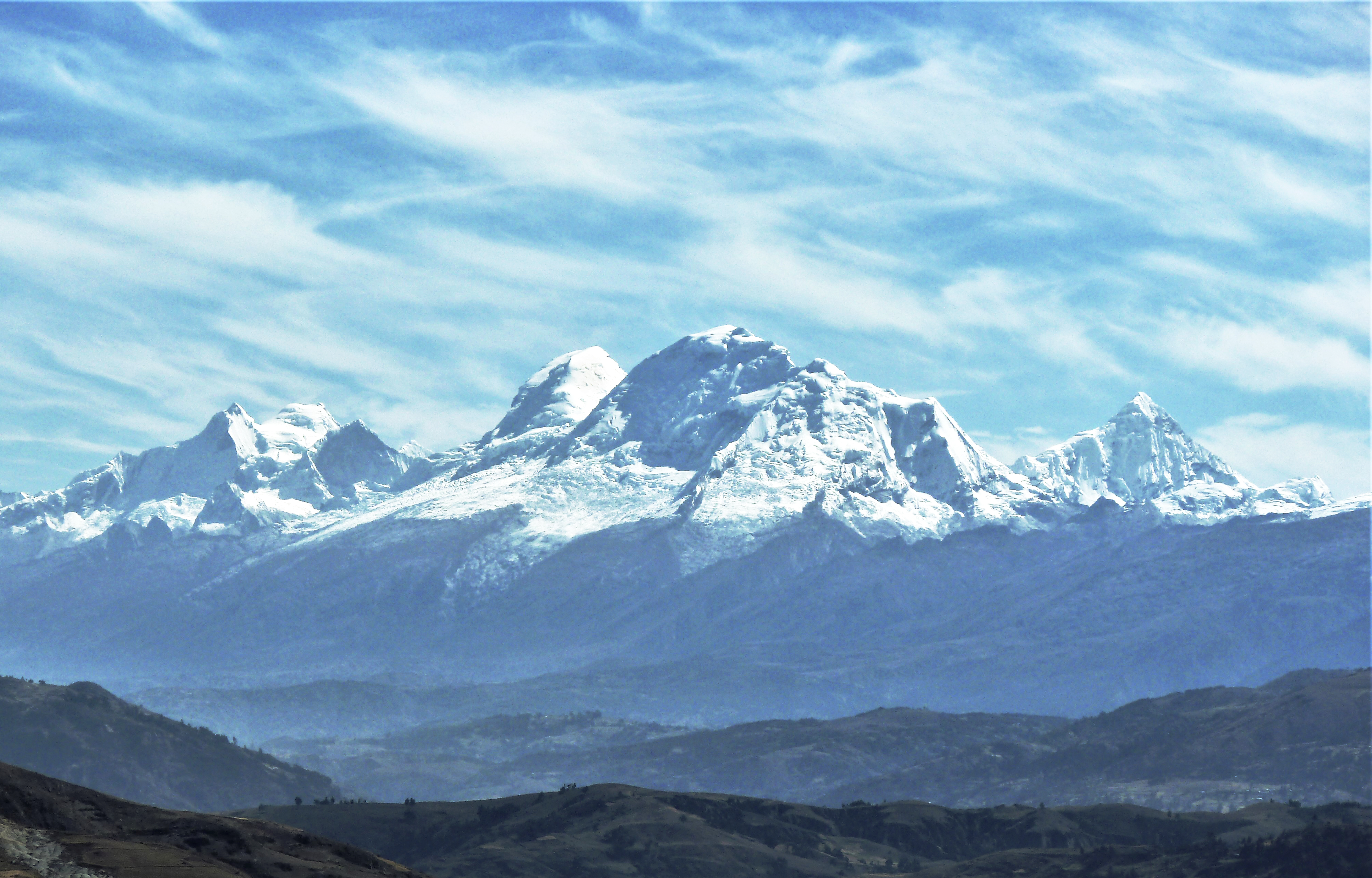 Fife was working in a town within view of twin-peaked Mount Huascarán in the western Andes. He studied Spanish and environmental science in college, and in Peru he began learning Quechua. You could get by without it, he says, but he wanted to integrate himself in the community, working with a school and a health center. He was teaching life skills and career orientation and sex education.

First, he brought out some art supplies for the four children in his host family — aged 18 months to 14 years. They were delighted. “Then I told them I’m leaving. That was hard.”

He had less than eight hours to pack, say hurried goodbyes, get to the regional capital. First, he brought out some art supplies for the four children in his host family — aged 18 months to 14 years. They were delighted. “Then I told them I’m leaving. That was hard.”

That night Peru closed its borders. Nearly all flights were canceled. That made evacuation tough. But Volunteers did get out. Weeks later, there were some 2,300 Americans who were still trying to leave.

Fife is back at his parents’ home. When we spoke, he was in self-quarantine before worrying about what’s next. Evenings, he was on video chats with his host family in Peru. “That’s been nice,” he says, “because then they can meet my family here.”


We were eight weeks into our second Peace Corps service as Response Volunteers in the Peruvian Amazon when we were evacuated. We served previously as Volunteers in Guatemala’s western highlands, 2016–18. In 2020, we were assigned to the nonprofit Minga Peru, dedicated to economic and social empowerment of indigenous women and the well-being of families and communities.

Minga Peru brings vital health information and other important messages to more than 100,000 indigenous residents living in isolated communities along the Amazon through their radio program, “Bienvenida Salud.” To reinforce those messages, they run a project to train promotoras, local lay women health promoters. To share the nonprofit’s success with interested outsiders and to market locally-made artisanal products, they started an educative tourism program called Minga Tour.

Based in Iquitos, our charge was to work shoulder to shoulder with staff to strengthen and advance these programs. Madeline was focused on strengthening community radio and promotora leadership; Clint’s attention was directed at development and marketing of educational tourism. We were inspired by the successful inroads the nonprofit had already made and by the women leaders we met. 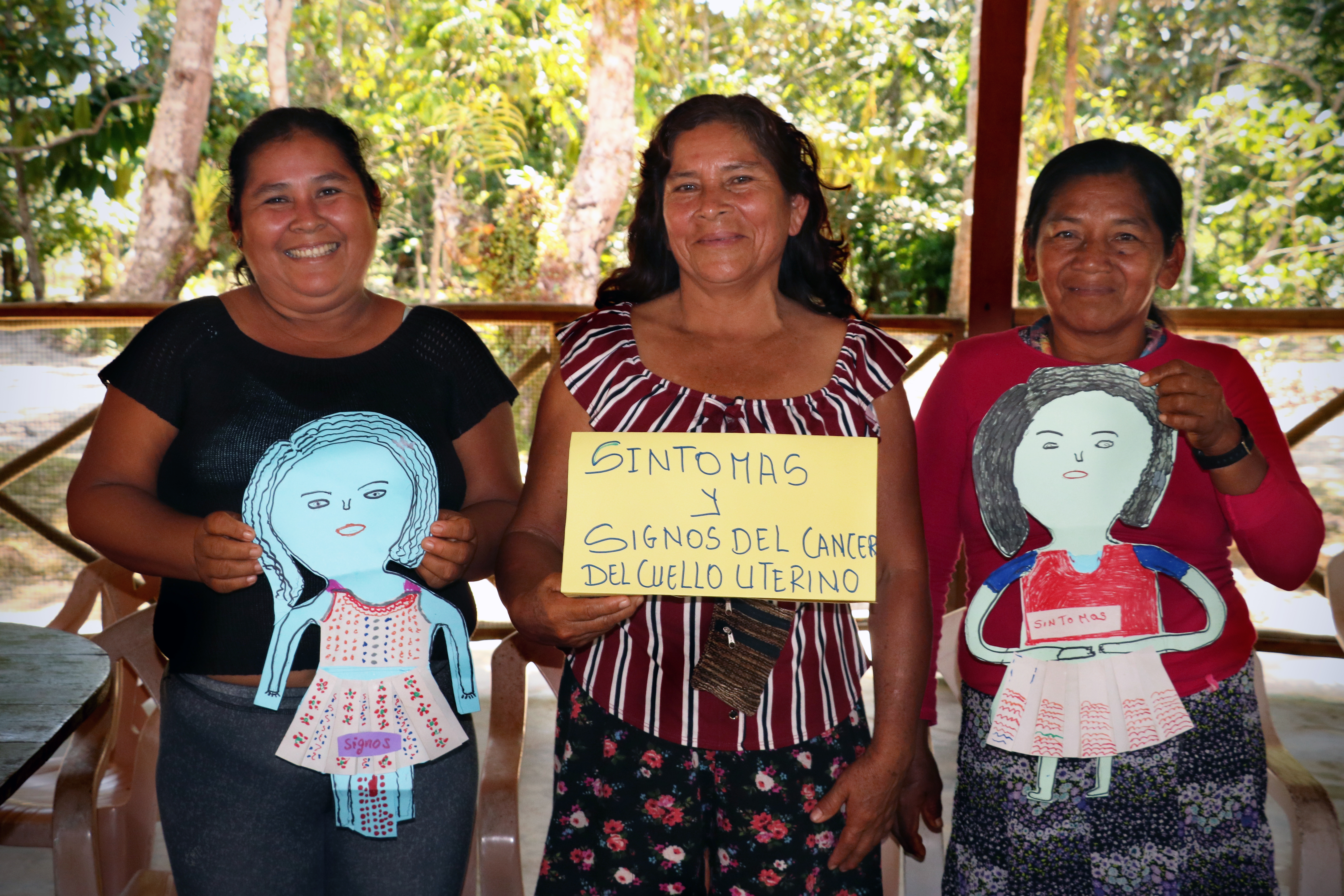 What now? Back in Marin County, we followed the 14-day self-quarantine and then began shelter-in-place. There was no homecoming for us. We can feel the disappointment others are experiencing, with canceled weddings, stalled charitable fundraisers and memorial services for loved ones, postponed surgeries, and delayed trips. Also palpable is the fear, anxiety, and panic in the grocery store, on the streets and trails, and in the media. None of us has ever experienced a situation like this — with so little certainty, no definable end in sight, no assurances that this cannot happen again.

What has brought us a renewed perspective in the midst of so much change? Since our return, we learned that Minga Peru now faces new critical challenges with funding shortfalls and a higher demand for services. The Peruvian Amazon is home to more than 1,000 rural communities, most in isolated riverine areas, with poor access to essential services. COVID-19 dramatically impacts this region already besieged by dengue fever, shortages of hospitals and medical professionals, and high rates of poverty and food insecurity. Tourism has stopped — cutting off an important source of revenue.

What we cannot do in person in the Amazon, we do remotely in the United States.

What we cannot do in person in the Amazon, we do remotely in the United States. We are contacting past and potential donors to help fund Minga’s emergency response plan, beefing up the radio program’s COVID-19 messages and advice, and providing essentials like soap, cleaning supplies, and vegetable plants for gardens.

What helps: keeping the faces of the indigenous women and their families whom we met in our sights. That gives us the motivation we need. It also gives us focus outside ourselves. We don’t know what’s next and if we will be able to return to the Peruvian Amazon. In the meantime, we help out from the confines of our house and maintain a strong link to both the people and place.