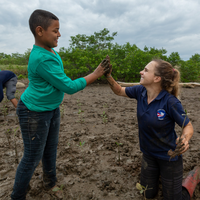 Photo: Mangrove reforestation, Los Santos, Panamá — the community where Volunteer Bailey Rosen served and took time to high-five with one of the students taking part. Photo by Eli Wittum

Köbö kuin dere! Ti kä Mechi Sulia Kwatabü amne ti sribire Cuerpo de Paz ben. I served in the Comarca Ngäbe-Buglé, in a mountainous part of an indigenous reservation. The language that I introduced myself in is Ngäbere, which has about 200,000 speakers throughout Panama and Costa Rica. I was a TELLS volunteer — Teaching English, Leadership, and Life Skills, helping teachers improve English language skills and teaching methodologies. I also worked with the guidance counselor at my school to do sexual health education and provide resources for parents.

I had about one hour to pack and say goodbye. A leader of the comarca helped find someone with a car who drove me two hours out of the mountains to the main road — and picked up a few other Volunteers. When we tried to pay, he said, “That’s not my custom.” The night before I left, I had coffee with this man, and we were talking about the possibility of Peace Corps evacuating. He expressed how much the comarca enjoyed having the Peace Corps presence there — and how much they had helped.

As far as what I left behind: material possessions — clothes, a french press, a solar panel, food I had bought when I was anticipating a long shelter-in-place. None of those things matter as much as the connections and the potential left unrealized.

The new school year had just begun. I had set up a meetings with the guidance counselor and the Padres de Familia — like a PTA. I had a new counterpart who was excited to start new extracurricular opportunities. And I worked as a special education teacher in New York City before joining Peace Corps; special ed is a big need in Panama. I was thinking about extending for a third year to help schools come up with ways to support all students — especially those who need extra help, whether they have a diagnosed disability or not.

One thing that weighs on me is the people to whom I didn’t get to say goodbye. One family I got close to were kind of outsiders in the community. The husband was studying English at a university extension; he needed help. He had dropped out of school as a teenager and earned his diploma through night school. Now he was studying English with hopes of being an English teacher. We worked for hours in his home — made of zinc panels, held up by tree branches, with a dirt floor. His daughter would hold a flashlight over our work while he wrote essays. I often ended up eating dinner with them, and their daughter would braid my hair and watch videos on my phone. His wife made me a nakwa, the traditional dress in my community. They were the first people to bring me into their home and make me feel like I was doing something worthwhile.

I hope and pray that they’re staying safe. We volunteers are grieving, and missing friends and family so much.

The day that I left, I ran to their house with a bag of food and random things to give to them. Both parents were at work. I left the bag with the daughters, but I never got to say goodbye.

I hope and pray that they’re staying safe. We volunteers are grieving, and missing friends and family so much. A lot of us are hoping to come back one day, and we can sit on your porches and listen to La Patrona and drink the finca-grown coffee and watch the sunset and continue to work hombro a hombro, or shoulder to shoulder. Until that day, we will be here thinking of you and trying to move forward. So, que Dios les bendiga, y que le vaya bien.

I served as a community environmental conservation extension agent in Panama 2016–18. I collaborated with host country nationals assessing environmental concerns, focused on the increasing deforestation of the Panama Canal watershed. I facilitated environmental trainings on reforestation and acquired a grant to implement new sustainable cook-stove alternatives, which will greatly reduce environmental and health concerns. 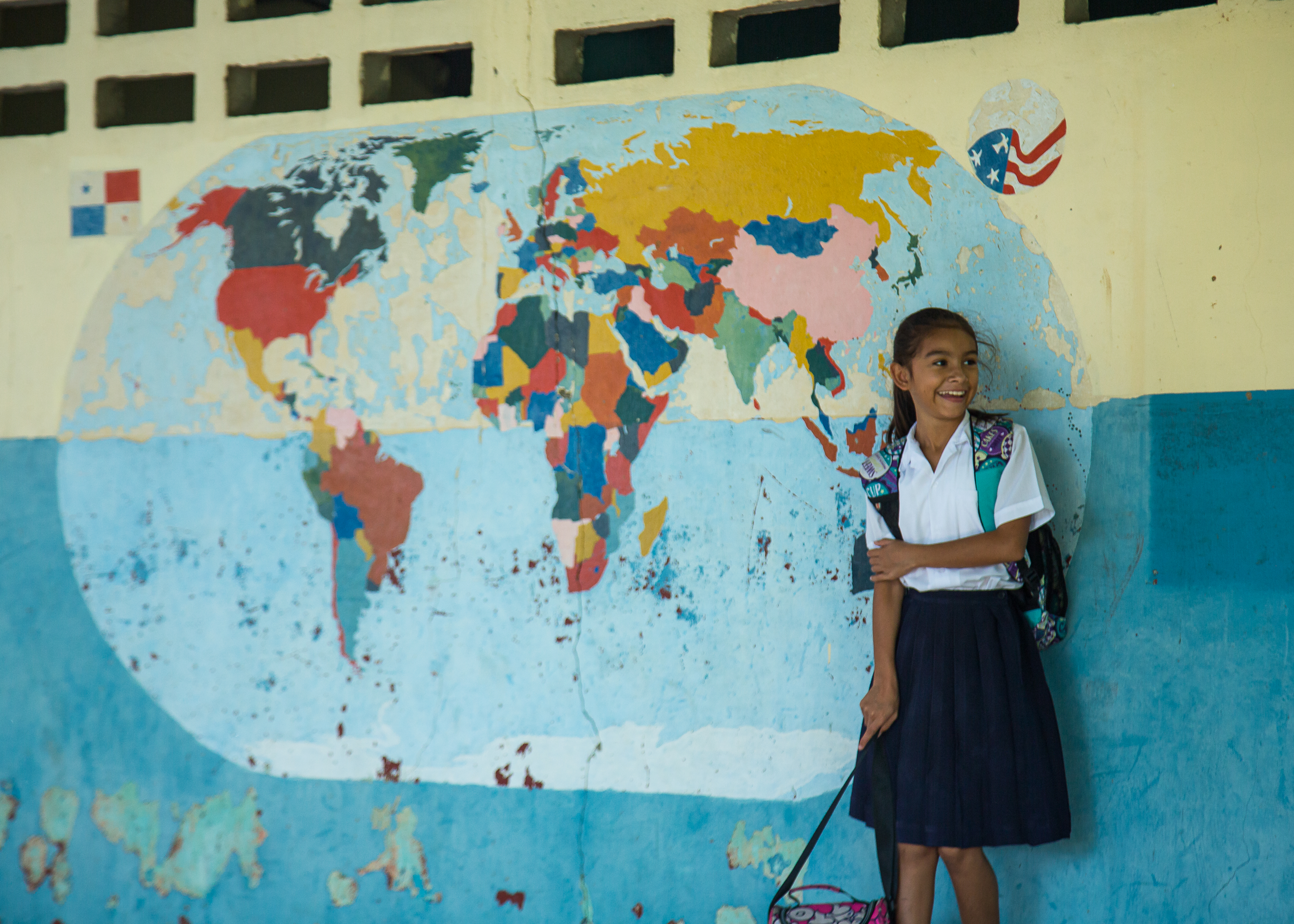 Schoolgirl in Bajo Corral, Los Santos, Panamá. The mural was painted years ago by Volunteers at a site where evacuated PCV Kiera Morrill served. Photo by Eli Wittum.

Since summer 2018, I’ve carried the title of multimedia specialist for Peace Corps Panama. I document work being done by the Environmental Leadership and Training Initiative and bring scientific information to audiences in a form they can understand. I capture the story of this work in photographs and videos. The visual medium has the power to illuminate both damage and progress in the environment, to speak to us intellectually and emotionally. 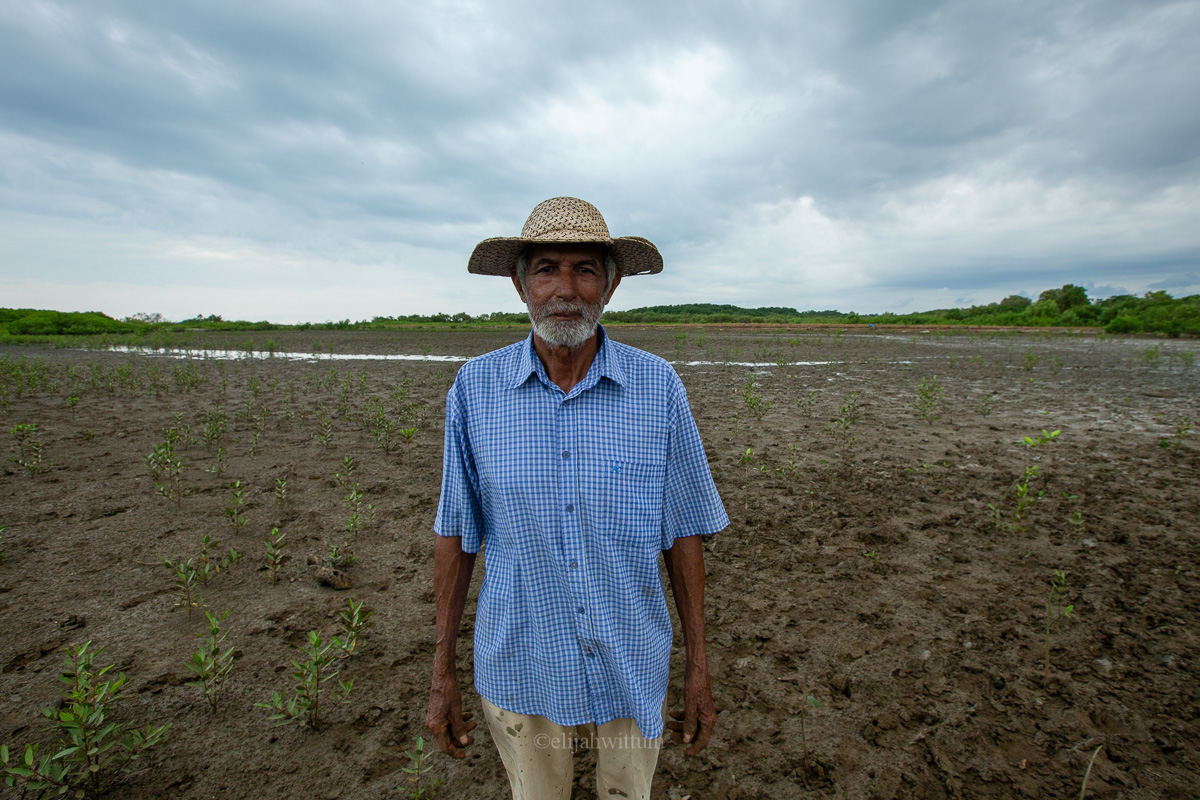 Working in poor rural communities, I have also photographed people young and old who had never possessed a picture of themselves. When I travel back to those places, I’ll bring a print — something I hope shows them in their dignity and grace and humanity.

This is what I have left behind. It’s work that remains unfinished. 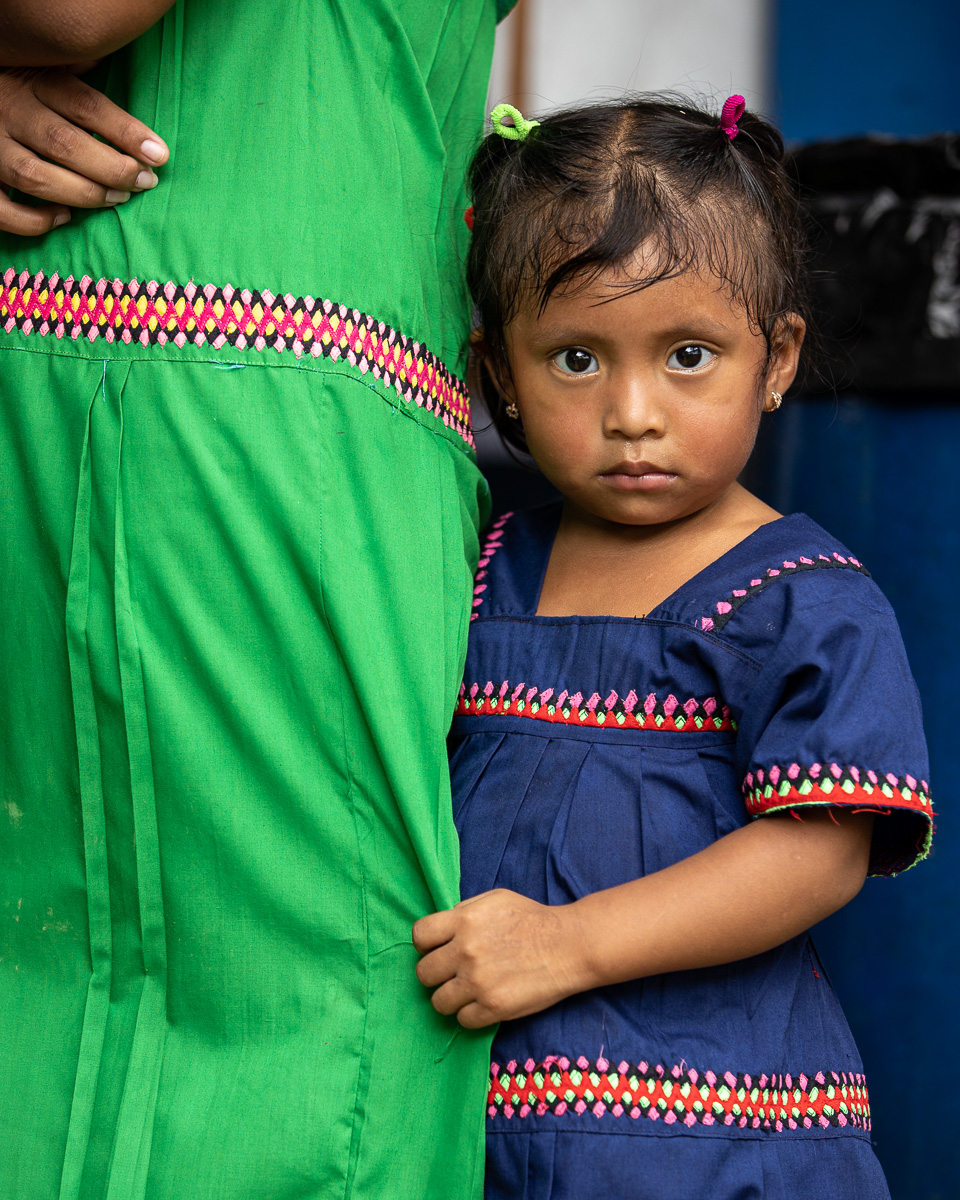