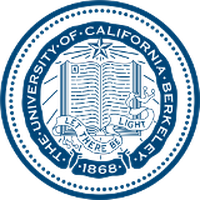 Honors from the University of California, the Republic of Mali, Dartmouth College, and Bucknell University

Maureen Orth received a 2021 Campanile Excellence in Achievement Award from the Cal Alumni Association, in partnership with the University of California, Berkeley Foundation, for pushing boundaries whenever possible. She is an award-winning journalist, bestselling author, and founder of the Marina Orth Foundation, which supports education in Colombia.

Melvin Foote received special recognition from the president of Mali this year: He is to be honored with the Chevalier de l’Ordre du Mali — the Knight of the Order of Mali, for a foreign national. Foote is the founder and CEO of the Constituency for Africa. As Mali’s ambassador to the U.S. wrote to Foote: “Your significant and long-standing contributions of time, energy, and leadership to promote relations between the Republic of Mali and the United States of America have been recognized and appreciated.”

Peter Kilmarx was recognized with the 2021 Daniel Webster Award for Distinguished Public Service by the Dartmouth Club of Washington, D.C., for his work with the Centers for Disease Control and Prevention, the Public Health Service, and Peace Corps. Kilmarx serves as deputy director at Fogarty
International Center at the National Institutes of Health.

Ruth Kauffman received Bucknell University’s 2020 Service to Humanity Award in recognition of her 30-year career in international women’s health and midwifery. She has served in eight countries through Doctors Without Borders. In 2016, she partnered with colleagues to open a cross-border birth center providing services to women in El Paso, Texas, and Ciudad Juárez, Mexico. “Ensuring that women in diverse communities have equitable access to safe, natural birth is essential to improving reproductive health worldwide,” she says.