An Enormous and Panicked Bird 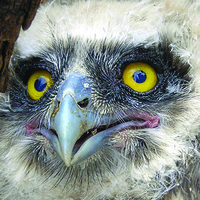 From Owls of the Eastern Ice

A revelatory tale from biologist Jonathan Slaght. Among the many accolades for Owls of the Eastern Ice: It was longlisted for the National Book Award and won the Times of London best nature book of the year. It appeared on numerous best books of the year lists, from NPR to the Wall Street Journal.

I SAW MY FIRST Blakiston’s fish owl in the Russian province of Primorye, a coastal talon of land hooking south into the belly of Northeast Asia. This is a remote corner of the world, not far from where Russia, China, and North Korea meet in a tangle of mountains and barbed wire. On a hike in the forest there in 2000, a companion and I unexpectedly flushed an enormous and panicked bird. Taking to the air with labored flaps, it hooted its displeasure, then landed for a moment in the bare canopy perhaps a dozen meters above our heads. This disheveled mass of wood-chip brown regarded us warily with electric-yellow eyes. We were uncertain at first which bird, actually, we’d come across. It was clearly an owl, but bigger than any I’d seen, about the size of an eagle but fluffier and more portly, with enormous ear tufts. Backlit by the hazy gray of a winter sky, it seemed almost too big and too comical to be a real bird, as if someone had hastily glued fistfuls of feathers to a yearling bear, then propped the dazed beast in the tree. Having decided that we were a threat, the creature pivoted to escape, crashing through the trees as its two-meter wingspan clipped the lattice of branches. Flakes of displaced bark spiraled down as the bird flew out of sight.

Backlit by the hazy gray of a winter sky, it seemed almost too big and too comical to be a real bird, as if someone had hastily glued fistfuls of feathers to a yearling bear, then propped the dazed beast in the tree.

I’d been coming to Primorye for five years at this point. I’d spent most of my early life in cities, and my vision of the world was dominated by human-crafted landscapes. Then, flying from Moscow the summer I was nineteen, accompanying my father on a business trip, I saw the sun glinting off a sea of rolling green mountains: lush, thick, and unbroken. Dramatic ridges rose high, then drooped into low valleys, waves that scrolled past for kilometer after kilometer as I watched, transfixed. I saw no villages, no roads, and no people. This was Primorye. I fell in love. 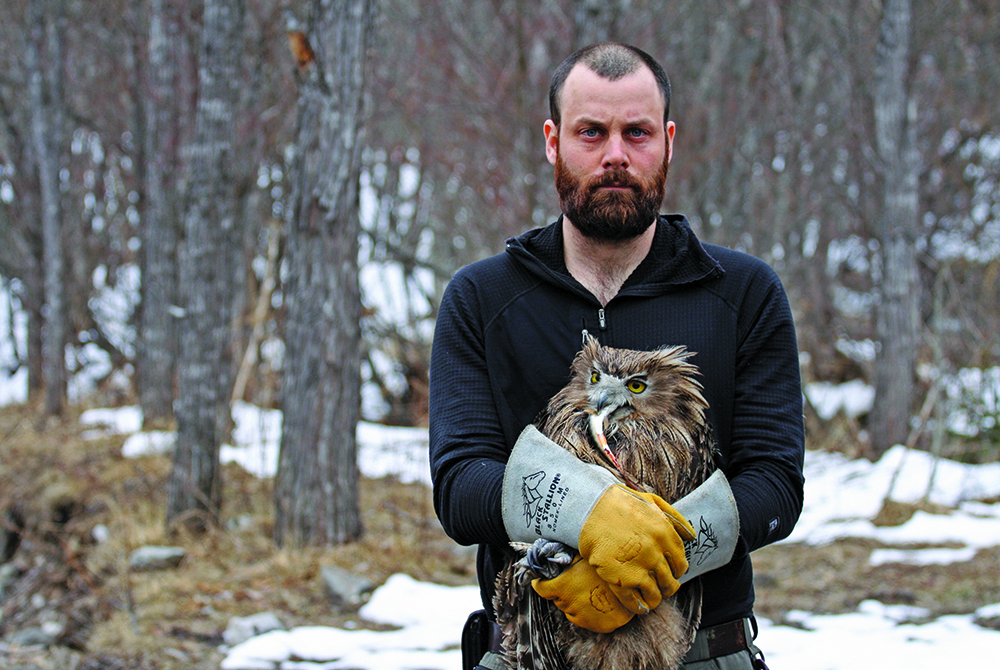 After that initial short visit, I returned to Primorye for six months of study as an undergraduate and then spent three years there in the Peace Corps. I was only a casual bird-watcher at first; it was a hobby I’d picked up in college. Each trip to Russia’s Far East, however, fueled my fascination with Primorye’s wildness. I became more interested and more focused on its birds. In the Peace Corps I befriended local ornithologists, further developed my Russian-language skills, and spent countless hours of my free time tagging along with them to learn birdsongs and assist on various research projects. This was when I saw my first fish owl and realized my pastime could become a profession. 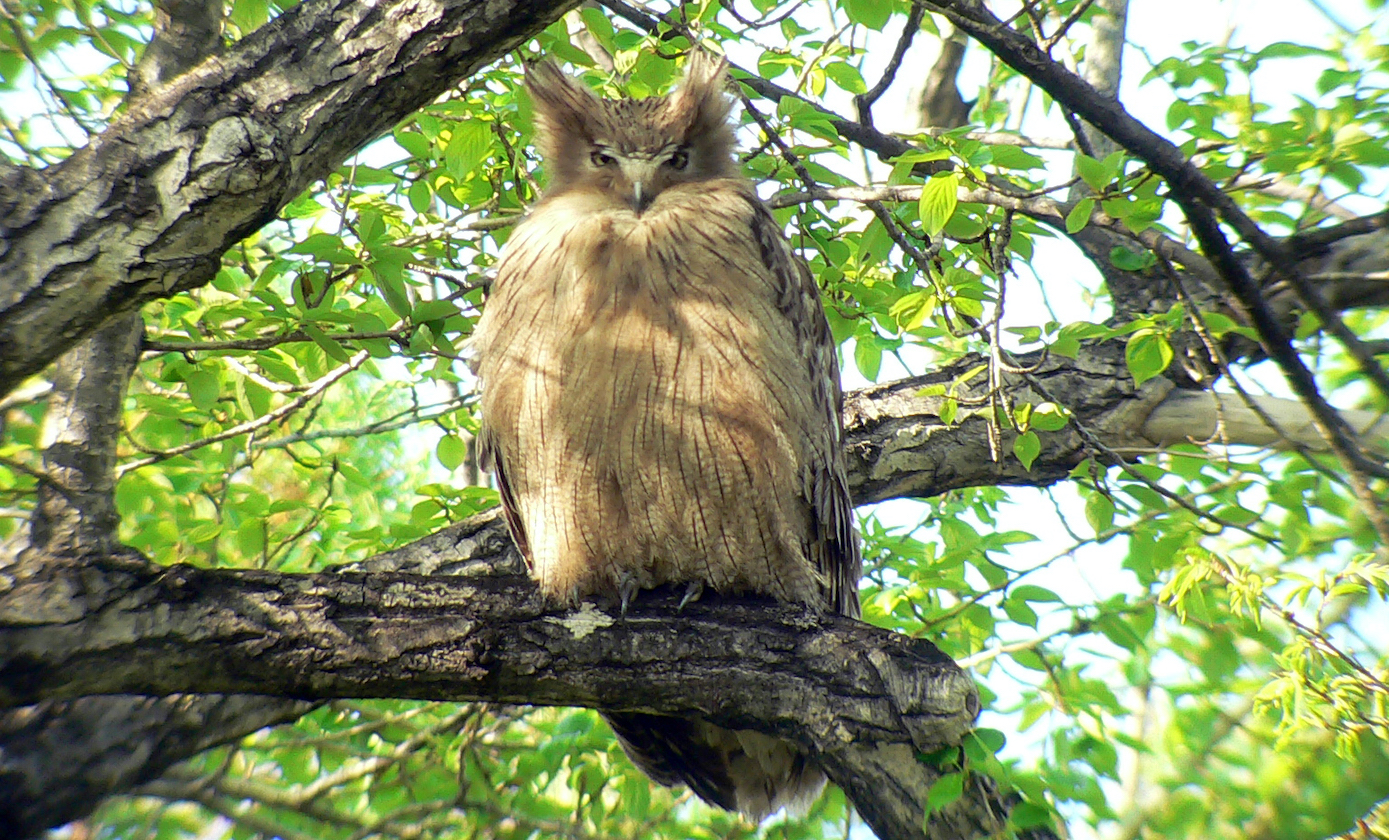 A female fish owl near the village of Vetka. Pairs of fish owls vocalize in duets — a low-frequency sound that penetrates deep forest. Photo by Sergey Sermach.

I’d known about fish owls for almost as long as I’d known about Primorye. For me, fish owls were like a beautiful thought I couldn’t quite articulate. They evoked the same wondrous longing as some distant place I’d always wanted to visit but didn’t really know much about. I pondered fish owls and felt cool from the canopy shadows they hid in and smelled moss clinging to riverside stones.

Immediately after scaring off the owl, I scanned through my dog-eared field guide, but no species seemed to fit. The fish owl painted there reminded me more of a dour trash can than the defiant, floppy goblin we’d just seen, and neither matched the fish owl in my mind. I didn’t have to guess too long about what species I’d spotted, though: I’d taken photos. My grainy shots eventually made their way to an ornithologist in Vladivostok named Sergey Surmach, the only person working with fish owls in the region. It turned out that no scientist had seen a Blakiston’s fish owl so far south in a hundred years, and my photographs were evidence that this rare, reclusive species still persisted. 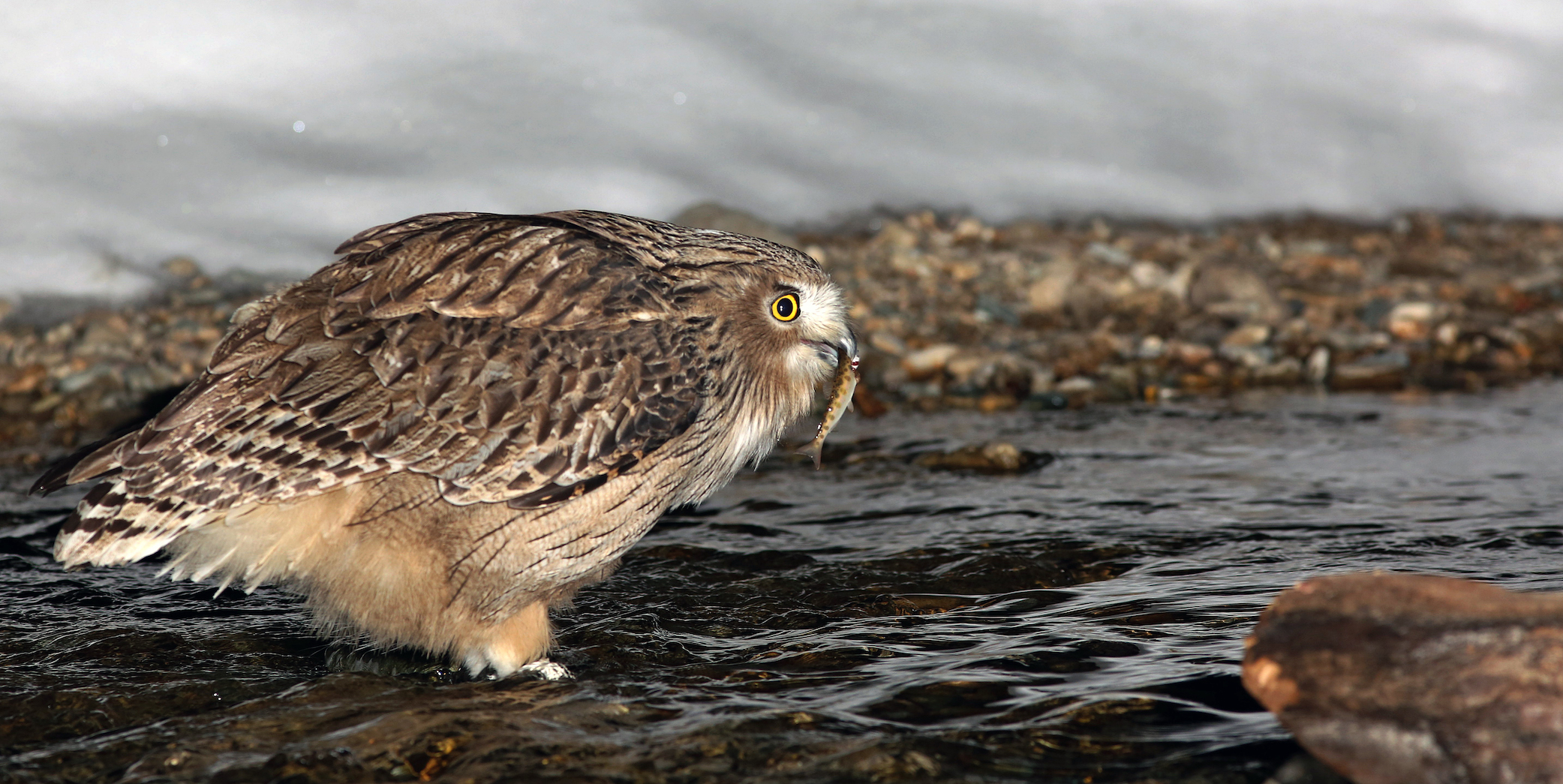