Afghanistan: For an Educator, a Journey Back to a Time of Peace 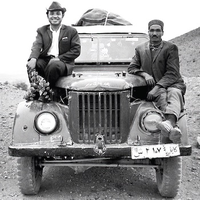 Afghanistan at a Time of Peace

Afghanistan at a Time of Peace traces Robin Varnum’s years as a Peace Corps Volunteer, 1971–73. Varnum chronicles her journey into learning the place she came to call home: adapting to the chilly weather in Ghazni, southwest of Kabul, and understanding why she and other foreigners are mocked as “Mister Kachaloo” (literally, “Mr. Potato” in Dari), and traversing the length and breadth of the country — from Jalalabad to Mazar-i-sharif.

As a Volunteer she taught English to girls in grades 8–12 at Lycée Jahan Malika, the only girls school in the province. Friendships are at the center of her story — hosting dinners, trading stories, sharing wine. While navigating the male-dominated Afghan society she also does her best to build confidence in the girls she teaches, so that they might become the leaders of tomorrow. But the tomorrow that arrived was very different than the one Varnum imagined.

On July 17, 1973, near the end of Varnum’s service, her then-husband Mark, with whom she served as a Volunteer, “came home from Lycée Sanai after giving his last exam and told me there had been a coup d’état at 5:00 that morning and Afghanistan was now a republic. Mohammad Daoud Khan, a cousin of King Zahir Shah, had deposed his cousin and taken over as president. Mark said everything seemed normal at school and in the town. Nobody seemed upset.” 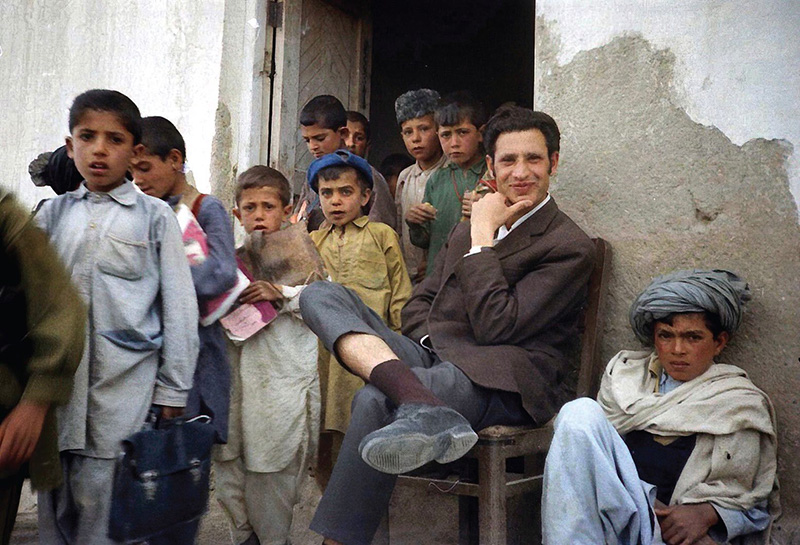 Outside a village school: Anwar, seated, served as a teacher and principal and worked with follow Volunteer Juris Zagarins. Photo by Juris Zagarins

Five years later, Daoud was overthrown and assassinated in the so-called Saur Revolution of April 1978, with factions of the Afghan communist party taking power. The U.S. Ambassador was kidnaped in 1979 and the Peace Corps program shuttered. And a cycle of suffering that has lasted generations began.

Varnum went on to teach at American International College in Springfield, Massachusetts, retiring as professor emerita.

Jordan Simmons is an intern with WorldView. He is a studying at Washington University in St. Louis.