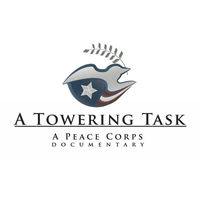 Peace Corps in the American Conversation

Nearly six and a half years ago, when we began production on “A Towering Task: The Story of the Peace Corps,” it was important to get this story out. America was forgetting that there was a Peace Corps. Much has changed in the years since. In some ways, it’s not just the Peace Corps we need to talk about now, but why and how America as a whole engages with the rest of the world.

Peace Corps historian John Coyne, who served asa volunteer in Ethiopia 1962–64, talks about the Peace Corps as being mom’s apple pie. It is supposed to be an all-American feel-good story. Maybe that’s why the public has begun to forget about the agency. Where’s the drama?

When I closed my service back in 1994, I wrote a letter to the Peace Corps stating that I wanted to produce a documentary about the agency. I was 24 years old. I didn’t know much beyond my own personal experience. I just had this inkling that there was something to this story that went beyond my own transformation—and it was important.

The story of the Peace Corps prompts a conversation about how we as Americans —and how the United States as a country—relate to the rest of the world. Many Americans will never travel beyond our borders; even fewer will get the chance to be Peace Corps Volunteers. So what is the point of all of that outreach, be it through Peace Corps, the State Department, or even the Pentagon?

It seemed a straightforward question with a straightforward answer—until recent times have shown us that the answer is not that clear to many, and that we as Americans are in sore need of a serious discourse on what global citizenship means. Global issues such as climate change, disease, and migration cannot be dealt with on a national level or while distrusting our neighbors.

When we started production on “A Towering Task,” the necessity of this conversation was already there, although arguably not nearly as urgent. We saw the Peace Corps fading from America’s consciousness at a time when it was needed most. As we produced the film and premiered it in Washington, D.C. on September 22, 2019, it became clear how crucial that conversation is now: Only two days after the premiere, an impeachment inquiry into President Donald Trump was initiated because of events connected to Ukraine—a country that has also hosted Peace Corps volunteers since 1992 and plays a major role in our documentary. 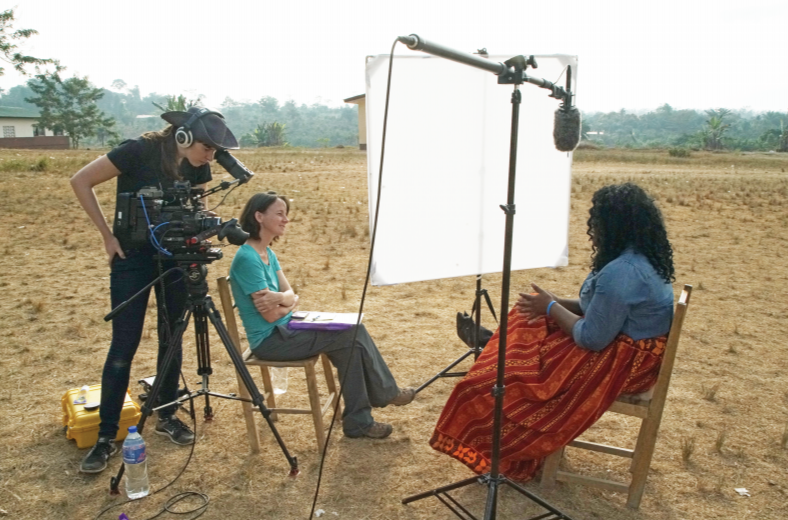 We quickly moved from the thrill of a gala premiere to the urgency to screen this film across the country—and the globe—to as wide an audience as possible. To bring people together from all sorts of backgrounds and fields of interests to consider how America’s history has shaped our interaction with the world, and how an agency such as the Peace Corps has weathered some tough times and come out stronger on the other end.

This is not the first time attempts have been made to end the Peace Corps—whether that be by trying to defund it (unsuccessfully in 2019) or by attempting to subsume it under the State Department (proposed by Senator Rick Scott in fall 2019). And it is not the first time that government officials—and the country as a whole—are unclear on what the Peace Corps’ purpose is in the first place.

Since the premiere, the film has been shown in dozens of venues: universities, embassies, reunions of Returned Peace Corps Volunteers, film festivals, and more. We will show the film at retirement communities, middle and high schools, conferences, museums, libraries—anywhere people can learn from the history of this small but important agency. The help of RPCVs has been and will be essential to connect to venues and their constituents. With at least 1,000 screenings over the course of 2020, we will have an impact on the American conversation beyond those who already know how important this story is.

Our distributor, First Run Features, is working on theatrical release. Once the community screenings are up and running we will also work towards broadcast, streaming, video-on-demand, DVD and Blu-ray sales. Let this just be the beginning.

Alana DeJoseph served as a Peace Corps Volunteer in Mali 1992–94 and has worked in video and film production for over 20 years. For more on the film, including screenings and info on how to host one, visit peacecorpsdocumentary.com — or visit this link about distributing the film from First Run Features. Suggest screening venues to the filmmakers at info@peacecorpsdocumentary.com.