The War of Aggression Against Ukraine Must Stop 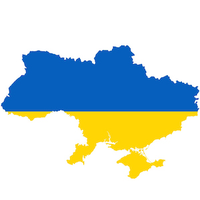 We in the Peace Corps community stand in solidarity with the people and communities in Ukraine who are now in harm’s way.

Early this morning, Ukraine — a free and independent nation — became the victim of an unprovoked war of aggression launched by Vladimir Putin, who ordered tens of thousands of Russian troops to invade. Missiles and shells have fallen in cities across the country. Apartment buildings and hospitals have been hit. Civilians have been terrorized and killed, while many thousands huddle in bomb shelters and metro stations. Meanwhile, brave citizens are lining up to give blood, knowing that it will be needed in days to come.

We in the Peace Corps community unequivocally condemn these acts of brutal violence and call for the invasion to cease immediately. This is a war Ukrainians did not start and do not want. Many Russian citizens do not want this war either, and some have been arrested for protesting it. And we fear that as horrific as the acts have been already, the scale of violence and the level of brutality to come could be far worse.

We in the Peace Corps community unequivocally condemn these acts of brutal violence and call for the invasion to cease immediately. This is a war Ukrainians did not start and do not want.

We are three of the 3,419 Peace Corps Volunteers who served in communities across an independent Ukraine over the past 30 years — from Kyiv to the Carpathians, Crimea to Chernihiv, L’viv to Luhansk, Odessa to Ivano-Frankivsk, Kharkiv to Kherson. We and other Volunteers have learned Ukrainian and Russian and other languages, worked in communities as educators and to help build institutions. We have celebrated independence day with friends and colleagues for decades and sought to nurture understanding across divides. And we have learned the Ukrainian national anthem and sung of “cherished freedom;” a translation of the anthem’s title is “Ukraine Has Not Perished Yet.”

Volunteers have gone on to work as journalists and diplomats, NGO leaders and policymakers, and much more — with more than a few serving as election monitors as Ukraine journeys on the road toward building and sustaining democracy. And as we have been reminded in the United States in recent years, that is work each generation must undertake.

What you can do now

In recent weeks, the RPCV Alliance for Ukraine, an affiliate group of National Peace Corps Association, asked members of the Peace Corps community to write members of Congress and the White House. “We want to raise awareness and urge the United States government and our European allies to do what is necessary to avert war and protect the sovereignty of the Ukrainian nation,” they wrote. “We want to see continued partnership that respects Ukraine’s agency as an independent democracy and outlasts what is only the most recent escalation of persistent aggression from Russia.”

Indeed, that aggression is now an invasion. But you can and should take action to help.

WRITE: You can raise your voice in support of a free and independent Ukraine. Read more and take action here. You can modify this letter to acknowledge that war has already begun — and that we must stand with the people of Ukraine and support them in a time of crisis.

STAND WITH UKRAINE IN PERSON: Members of the Peace Corps community across the United States and around the world will be taking part in events happening in the days ahead. Here is a list of events where you can participate. Connect with the RPCV Alliance for Ukraine to find returned Volunteers in communities who will be participating.

DONATE TO SUPPORT UKRAINIANS IN HARM’S WAY AND TO ASSIST REFUGEES | UPDATED MARCH 11, 2022

We’ll continue to update this story with other organizations that can assist with aid.

The U.S. State Department has shared this list with the message, “Many humanitarian organizations are providing urgent assistance to those affected by the crisis in Ukraine. Here are some ways you can help from wherever you are.”

On March 3 the New York Times published this list of several major organizations that have programs to support Ukraine.

On March 3 the Ukrainian-American Environmental Association shared this extensive list of U.S.-based and international organizations seeking to help with war relief efforts in Ukraine. The UAEA is co-directed by Kenneth Bossong, who served as a Volunteer in Ukraine 2000–03.

Support efforts that are part of the global Jewish response to the crisis and assisting members of the Jewish community in Ukraine, including the Ukraine Crisis Fund and Ukraine Jewish Community Relief Fund.

Nova Ukraine, which is based in Silicon Valley, is focused on humanitarian aid during the war. Read more about them here.

The RPCV Alliance for Ukraine has put together this list of organizations which are providing assistance in Ukraine. It includes information about each organization and links for making donations. Note that there may be challenges now for Ukraine-based organizations to receive funds.

Samaritan’s Purse is providing medical supplies in Ukraine and distributing food to refugees in neighboring countries. At least Ukraine RPCV is working with them.  Read more about them here.

Here are five journalists and scholars who have helped bring valuable reporting and perspectives to understanding current events, history, and policy in Ukraine. These are just a few ideas for where to start. And they have excellent recommendations for others to listen to and follow for a broader and deeper perspective.

AS WE FACE A PERILOUS TIME in global events, it bears reminding that the Peace Corps was also founded at a time when catastrophic war loomed on the horizon. While the first groups of Peace Corps Volunteers were being trained in the summer of 1961, the Berlin Wall went up. The following October, the world teetered on the edge of the nuclear abyss with the Cuban Missile Crisis.

But that did not bring the mission of the Peace Corps — to build peace and friendship — to an end. Likewise today, as the first groups of Volunteers are preparing to return to service overseas in March, this crisis underscores how important that mission is. We support Ukraine’s right to be a free country as part of our commitment to building a more peaceful and just world.

Steven Boyd Saum is the editor of WorldView magazine and directs strategic communications for National Peace Corps Association. He served as a Volunteer in Luts’k, Ukraine, 1994–96 and directed academic exchanges for the U.S. Embassy in Kyiv.

Jeffrey Janis serves on the Board of Directors for National Peace Corps Association. He was a Volunteer in Khmelnitsky, Ukraine 2004–06.

Gretchen Upholt serves as treasurer for the Board of Directors for National Peace Corps Association. She was a Volunteer in Korop, Ukraine 2008–10.