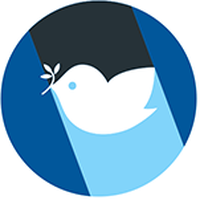 What began as an effort by five people to support refugees has grown to a network of 1,200 individuals. And they have led the way in the Peace Corps community in working with refugees during the current Afghanistan crisis.

Peace Corps Community for Refugees is this year’s recipient of the Loret Miller Ruppe Award for Outstanding Community Service. This year’s award recognizes PCC4R for its outstanding advocacy for refugees during the current Afghanistan crisis, as well as its continued resettlement work in Greece and Mexico and its efforts to educate the public on refugee support.

An affiliate group of National Peace Corps Association, Peace Corps Community for Refugees began with five initial members in 2016. It has grown to a network of more than 1,200 members in the Peace Corps community.

They work in three main areas. Through education, they seek to inform others about issues pertaining to refugees through stories and educational resources. Through resettlement support, they connect interested volunteers with NGOs serving refugee communities. Through advocacy, they work on behalf of refugees at the national, state, and local level.

The award was accepted on behalf of Peace Corps Community for Refugees by Barbara Busch, team leader for overseas action for Peace Corps Community for Refugees. As she noted, this year's work has involved important collaboration with NPCA affiliate group Friends of Afghanistan, which has provided leadership in joint advocacy for SIV Afghan evacuation and planning for resettlement support. Barbara Busch reminded audience members that the work in front of them is growing: advocating for Afghans still left behind; the crisis at the border for Haitian asylum seekers; and the looming crisis of climate migrants. 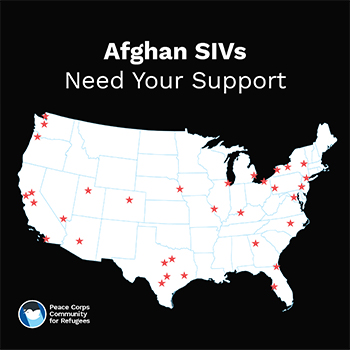 About the Loret Miller Ruppe Award

Named for the 10th Director of the Peace Corps, the annual Loret Miller Ruppe Award for Outstanding Community Service is presented by NPCA to outstanding affiliate groups for projects that promote the Third Goal of Peace Corps or continue to serve host countries, build group spirit and cooperation, and promote service.  Eligible projects include those completed within the past two years or ongoing for at least three years. The purpose of the award is to recognize the great work that NPCA’s groups are doing and to generate ideas that other groups may emulate in their communities.