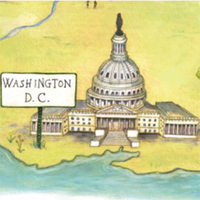 It has been six years since the Peace Corps received a meaningful increase in its baseline funding. Could this be the year that changes?

In December 2015, President Obama signed an appropriations bill that provided $410 million for the Peace Corps, an increase of about $30 million. Since then, the agency has received a mere $500,000 bump in annual appropriation — one-tenth of 1 percent. Indeed, the Peace Corps community has spent much time in recent years fending off proposed cuts while some needed reforms languished — due, in part, to lack of funding.

In May, the Biden administration put forth its Fiscal Year 2022 budget recommendation: yet another year of flat funding for the Peace Corps. However, thanks to National Peace Corps Association’s advocacy network and congressional champions, the outlook has brightened. In July, the House of Representatives completed work on the State/Foreign Operations spending package, approving a $20 million jump in Peace Corps funding — about 5 percent. That was half the increase promoted by a bipartisan list of 156 House members who earlier in the year submitted their annual “Dear Colleague” letter to House appropriators.

The $430.5 million House funding proposal aligns with this year’s Senate Peace Corps funding letter, with 39 senators on board. This news is promising. However, the Senate has yet to take formal action on its State/Foreign Operations appropriations bill. When senators resume work in mid-September, there is no guarantee they will follow the House’s lead. Experience shows that hearing from citizen advocates makes a difference. And an assessment of what’s ahead for the Peace Corps — relaunching Volunteer programs in scores of countries, with safety and security paramount — means a heavy lift.